It's about "one old and one young"! The country will have big moves!

Reporter: Li Jinlei   During the National Two Sessions in 2021, the topic of "one old and one small" became very hot. The government work report, the "14th Five-Year Plan" and the draft of the 2035 long-term goal outline have some new arrangements around "the young are nurturing, and the old are nurturing." The representatives and committee members also put forward some down-to-earth suggestion 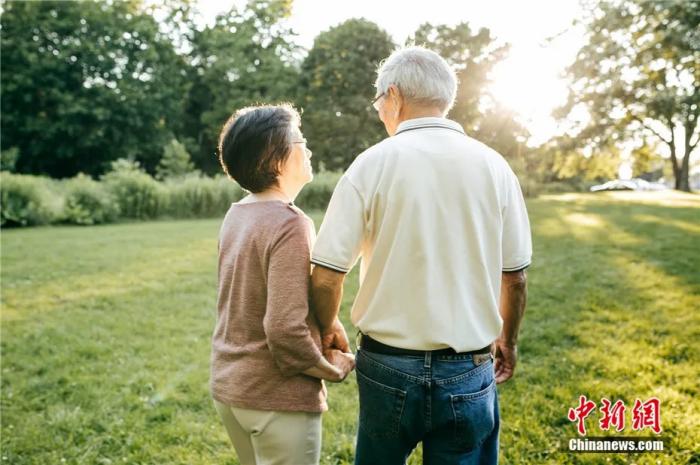 During the National Two Sessions in 2021, the topic of "one old and one small" became very hot.

The government work report, the "14th Five-Year Plan" and the draft of the 2035 long-term goal outline have some new arrangements around "the young are nurturing, and the old are nurturing." The representatives and committee members also put forward some down-to-earth suggestions.

Let's see it together.

Statistics show that as of the end of 2019, there were approximately 254 million people aged 60 and over in China.

It is estimated that during the "14th Five-Year Plan" period, China's elderly population will exceed 300 million, and China will enter the stage of moderate aging from mild to moderate aging.

In terms of elderly care, China has made big moves.

Regarding the main goals and tasks during the "14th Five-Year Plan" period, this year's government work report proposes to implement a national strategy to actively respond to population aging, to improve the population service system with a focus on "one old and one small", and to promote the realization of an appropriate birth rate.

Hu Zucai, deputy director of the National Development and Reform Commission, said at the press conference of the State Council Information Office on the 8th that the draft plan responds to social concerns and will actively respond to population aging as a national strategy.

——Leave a manual service window for the elderly

The elderly cannot enjoy the digital life like the young, and the problem of "data gap" has become prominent.

Yang Yuanqing, deputy to the National People’s Congress and chairman and CEO of Lenovo Group, believes that public service departments such as hospitals, stations, and communities should not close manual windows "one size fits all", but should retain physical consultation, on-site guidance, and manual services for the elderly. to offer comfort.

Lei Jun, representative of the National People's Congress, chairman and CEO of Xiaomi Group, suggested that public digital platforms and service systems at all levels should be promoted to complete "aging reforms", and priority should be given to solving high-frequency services such as online appointments for the elderly, transportation, and smart code scanning.

——Establish a geriatric section, no need to run upstairs and downstairs

Huang Gairong, member of the National Committee of the Chinese People’s Political Consultative Conference and director of the Department of Geriatrics at Henan Provincial People’s Hospital, suggested that the geriatrics department should be established as soon as possible to provide a “green channel” for the elderly who may suffer from a variety of chronic diseases, so that they can receive diagnosis and treatment in one department. There are many places running upstairs and downstairs.

——It is recommended to compulsorily pay long-term care insurance

According to data from the National Medical Insurance Bureau, 49 cities across the country have piloted long-term care insurance, with an overall reimbursement level of about 70%.

Sun Jie, member of the National Committee of the Chinese People’s Political Consultative Conference and deputy dean of the School of Insurance of the University of International Business and Economics, suggested that the development of long-term care insurance should be further promoted, and legal insured persons and their units should be compelled to pay long-term insurance premiums through laws and regulations to satisfy the disabled and semi-disabled elderly. Human care expenses.

The Ministry of Education announced on March 1 the main results of the national education statistics for 2020. In 2020, there are 291,700 kindergartens in Mainland China, with 48,182,600 children in kindergartens, and the pre-school education gross enrollment rate is 85.2%.

——Explore the implementation of parental leave

When both husband and wife have to go to work, how to bring the children and who brings them becomes a problem.

In this regard, the draft plan clearly proposes to explore the implementation of parental leave.

Many representatives and committee members also made similar suggestions.

It seems that the increase in the supply of parental leave is very important.

The draft planning outline proposes to develop a universal childcare service system and increase the number of childcares for infants under 3 years old per 1,000 population from the current 1.8 to 4.5.

Some representatives and committee members also put forward some suggestions regarding "children's education."

-It is recommended that kindergartens be included in compulsory education

Jin Li, a member of the National Committee of the Chinese People’s Political Consultative Conference and deputy director of the Department of Economics and Management of Peking University, said that at present, China’s kindergartens have a large gap, inclusive resources are scarce, and private kindergartens charge high fees. The “difficulties in entering kindergartens” and “expensive kindergartens” affect China. With the development of the population, it is recommended that kindergarten education be added to the compulsory education system, which will help reduce the burden of the masses and increase the enthusiasm for childbirth.

-It is recommended to improve the male paternity leave system

For solving the problem of "one old and one small"

What do you expect?