It was May 25: the death of George Floyd, suffocated under the knee of a police officer. The African American was killed by a white policeman in Minneapolis. The video of the scene filmed by passers-by ... 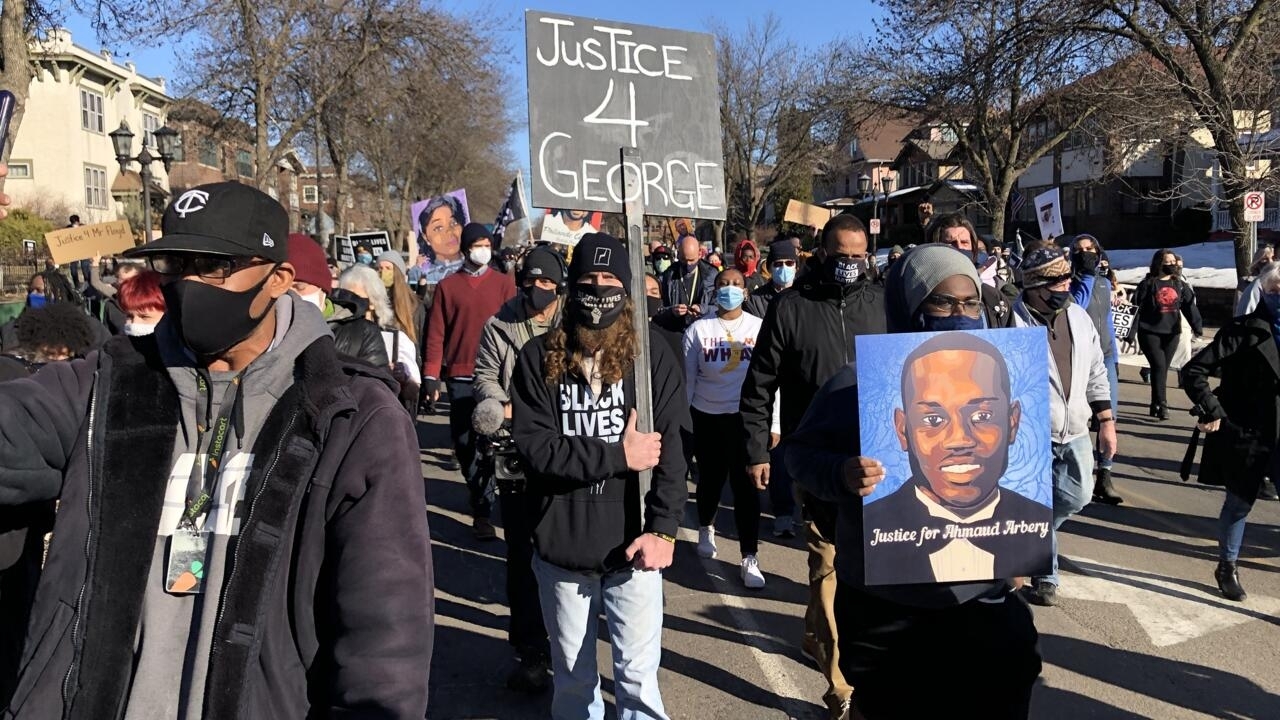 In Minneapolis, protesters calling for justice for George Floyd.

It was May 25: the death of George Floyd, suffocated under the knee of a police officer.

The African American was killed by a white policeman in Minneapolis.

Video of the scene filmed by passers-by immediately toured the world and sparked the most violent protests in decades in the United States.

Today begins in Minneapolis the trial of police officer Derek Chauvin, who will be tried for murder.

From our special correspondent in Minneapolis,

The trial opens this Monday with the selection of jurors.

It is a trial under high tension which raises fears of a return of violence, since the anger has not subsided.

Ten months after the death of George Floyd The same slogans still resonate in the streets of Saint-Paul and Minneapolis.

►Also read: Death of George Floyd in Minneapolis: the police officer in question arrested and imprisoned

That morning, families of black men, also killed by the police, demonstrate in a very affluent neighborhood under the windows of the Governor of Minnesota.

As the trial of the country's most hated policeman opened, they came to demand an end to police impunity, like 34-year-old Toshira, whose companion died in confused conditions in 2009.

We can't take any more of these murders.

We want people to understand that George Floyd is just one face among hundreds of other murders here in Minnesota, but also thousands across the United States.

We will watch this trial while praying and hoping that justice will be done, because for us, it has not been done,

And the statistics confirm this.

Every year, on average, US police kill a thousand people, but only 2% of officers are subsequently prosecuted.

on the face, if the agony of George Floyd under the knee of Derek Chauvin goes unpunished, after being filmed and broadcast on televisions around the world, further violence will be inevitable.

If he goes unpunished, it will further stir up anger in the streets and in the neighborhoods.

And what we hope is that it is not just Derek Chauvin who is pinned.

We want a debate on all police services in Minnesota and the United States.

Because Derek Chauvin didn't do this on his own.

And Minneapolis today fears reliving scenes of riots like the ones that rocked the United States this summer.

Before the opening of this high-risk trial, the city center was therefore transformed into an entrenched camp.

The town hall spent more than 600,000 dollars to fortify the official buildings.

Huge concrete blocks have been placed in front of all the police stations and five-meter-high gates surround the courthouse where Derek Chauvin will be tried from today.

, ”says Jim, a resident who came to photograph these distressing gates.

According to this 60-year-old African-American, if the town hall installed them, it is because it anticipates an acquittal of the killer of George Floyd.

I am appalled when I see this.

This is where our state is at.

Why did you put all this in place if not to tell us that maybe he is not guilty?

In my opinion, if they put all that, it is because they expect an acquittal.

These barbed wire, these fences, it tells us that there is something wrong with the system.

Have you seen the video?

His trial will last for several weeks, until the end of April.

Death of George Floyd in Minneapolis: the police officer in question arrested and imprisoned

"Get your knees off our necks": a very political tribute ceremony to George Floyd