Mathias Fredriksson, an expert from the Swedish Broadcasting Corporation, shared his views on the hot topic of the World Cup Skiing Closing Day. 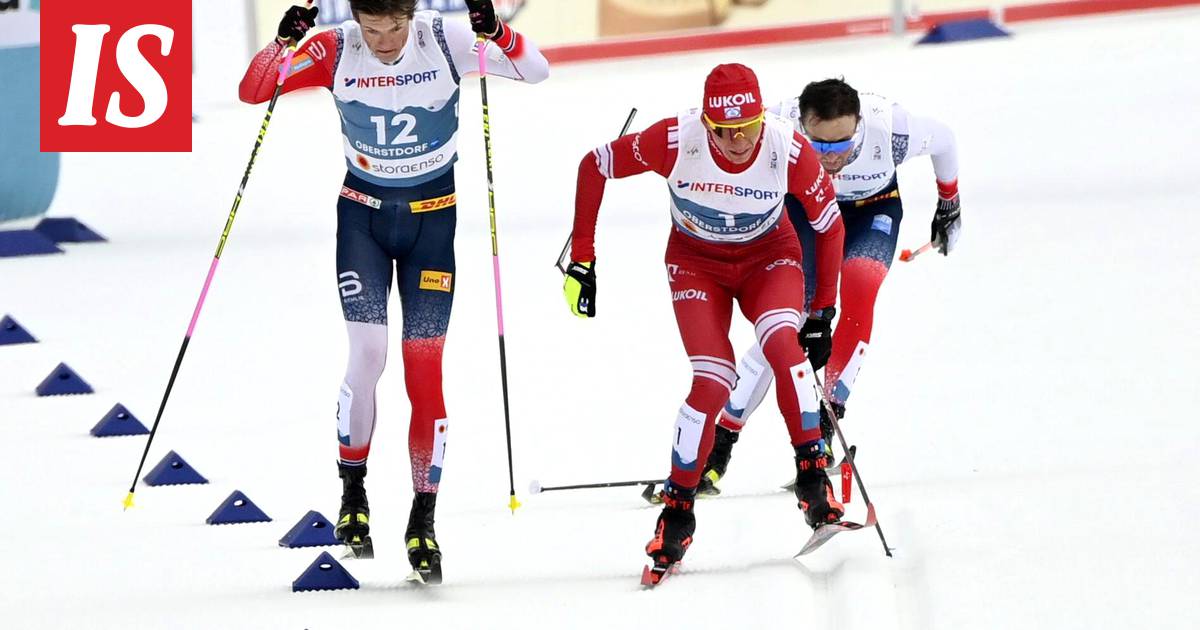 According to Mathias Fredriksson, an expert at the Swedish broadcaster SVT, no one should have been punished for the events that stirred the men's 50-kilometer finish line on Sunday.

Fredriksson went through SVT's video moment by moment through the pictures of the final solution, which led to the discovery of Johannes Hösflot Kläbo in Norway.

No one should be punished, Fredriksson told SVT.

The term race incident is familiar from, among other things, F1 races and refers to an injury situation that occurred during the race, for which no one is to blame.

The men’s 50-kilometer World Championships in Oberstdorf ended in a hassle where Kläbo and Aleksandr Bolshunov drifted to the edge of the track area after the last bend and contact was made between them.

Bolshunov's rod went to pieces, and he was third in the final race.

Kläbo was the first to finish, but his performance was annulled after the race.

World Cup gold was given to Kläbo compatriot Emil Iversen.

Fredriksson thought Bolshunov's line choice after the bend was special.

- Bolshunov may not have been able to go any further towards the center and the contact arose from it.

Kläbo believed that Bolshunov would choose the lane further to the left.

There was no room left for Kläbo, he was forced off the track and then came into contact, the Swede analyzed.

The situation at the Salpausselä Games came to the minds of many Finns in connection with Sunday's dramatic final brawl.

At the end of January, Joni Mäki and Bolshunov fought hotly on the finish line when Mäki skied brazenly, but according to the jury, in front of Bolshunov within the rules.

Fredriksson also compared the World Cup drama to the events in Lahti.

- That's when Mäki received an acquittal.

In my opinion, in Kläbo's case as well, he should have been released, Fredriksson outlined.

According to the expert, events like Sunday have been seen in cross-country skiing throughout the winter, and the barrier of punishment has not waned.

- Changing the situation is now problematic.

I don’t know where Kläbon should have gone in the situation.

He tried to do as little as possible.

The situation is difficult, Fredriksson pondered.