Many provinces set a consumption growth target for 2021. How to stimulate the enthusiasm for buying and buying?

The two sessions heard the wind | Many provinces have set a consumption growth target in 2021. How can the enthusiasm for "buy, buy, buy" be stimulated?   China-Singapore Jingwei Client, March 8th (Zhang Shunan) Consumption and income have a real impact on people's wallets. Xinhua News Agency pointed out in a report that last year, in the "troika", consumption recovery was relatively slow, whic 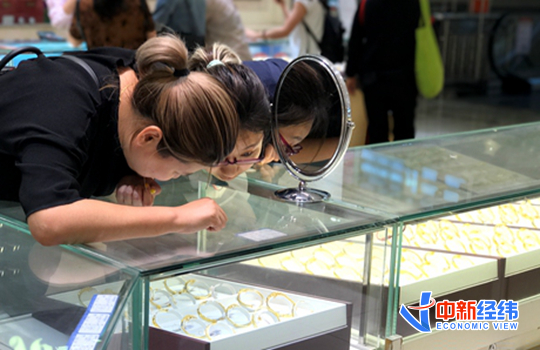 The two sessions heard the wind | Many provinces have set a consumption growth target in 2021. How can the enthusiasm for "buy, buy, buy" be stimulated?

Xinhua News Agency pointed out in a report that last year, in the "troika", consumption recovery was relatively slow, which had a negative impact on economic growth.

How will consumption be boosted this year?

During the National People's Congress and the People's Republic of China, representatives and committee members put forward practical measures to expand consumption around this topic.

In 2020, my country's GDP will reach a new level of one hundred billion yuan.

Among them, final consumption expenditure accounts for 54.3% of GDP, and consumption is still the ballast stone for the stable operation of the economy.

This year's "Government Work Report" put forward a number of measures to stimulate consumption, which mentioned that the strategic basis of insisting on expanding domestic demand and fully tapping the potential of the domestic market.

Steadily increase the consumption power and improve the consumption environment, so that residents can consume and willingly consume, so as to promote the improvement of people's livelihood and economic development.

At the same time, efforts are being made on the supply side to provide the market with more inexpensive, high-quality, marketable products and services that urban and rural residents need and like.

The proposal of Bai Chongen, member of the National Committee of the Chinese People's Political Consultative Conference and Dean of the School of Economics and Management of Tsinghua University, focused on how to improve residents' high-quality consumption.

He suggested that on the one hand, the proportion of residents' disposable income in national income needs to be further increased.

In particular, the income that can be used for other consumer expenditures after deducting housing expenses needs to be further increased.

He believes that to promote high-quality consumption of residents requires a good consumption environment.

He further stated that compared with rural areas, the urban consumption environment has a scale effect and agglomeration effect, so higher-quality urbanization can promote consumption.

What is the consumption trend in 2021?

The importance of consumption as the "ballast stone" for the stable operation of the economy is self-evident.

The total retail sales of social consumer goods refers to the amount of physical goods sold by enterprises or units through transactions to individuals and social groups for non-production and non-business purposes, and the amount of income derived from the provision of catering services.

What is the overall consumption trend in 2021?

At the local two meetings held recently, many places have set specific growth targets for the total retail sales of consumer goods in 2021.

What needs to be mentioned is that the draft of the "14th Five-Year Plan" and the 2035 long-term goal outline submitted to the Fourth Session of the 13th National People's Congress on the 5th is to implement the strategy of expanding domestic demand and build a strong domestic market with strong consumption and investment demand. .

In terms of comprehensively promoting consumption, the draft plan pointed out that it is necessary to follow the trend of resident consumption upgrading, promote the development of green, healthy and safe consumption, and steadily increase the consumption level of residents.

Under the conditions of normalized epidemic prevention and control, new types of consumption such as online shopping, live delivery, and online education have bucked the trend.

The Sino-Singapore Jingwei Client has noticed that many departments have already expressed their views on promoting new types of consumption.

The Ministry of Commerce has made it clear that it adheres to the strategic basis of expanding domestic demand, strives to break through blocking points, make up for shortcomings, comprehensively promote consumption, improve the modern circulation system, and effectively enhance the fundamental role of consumption in economic development.

The focus will be on improving traditional consumption levels, accelerating the cultivation of new types of consumption, optimizing consumption upgrade platforms, and improving the modern circulation system.

At the same time, government work reports in many places also set the cultivation of new types of consumption as a key task for this year's consumption promotion.

For example, Beijing proposed to promote the development of new business formats such as online education and remote office, and expand the consumption of services such as health, elderly care, cultural tourism, and sports.

Tianjin proposed to improve the level of traditional consumption, vigorously cultivate new types of consumption, and promote the development of live e-commerce and 5G consumer experience.