Sexist turn-ons on the street, misogynist hatred of women politicians: Equal rights are still a long way off in Germany. We have to call these grievances by name even if they have their roots in other cultures. 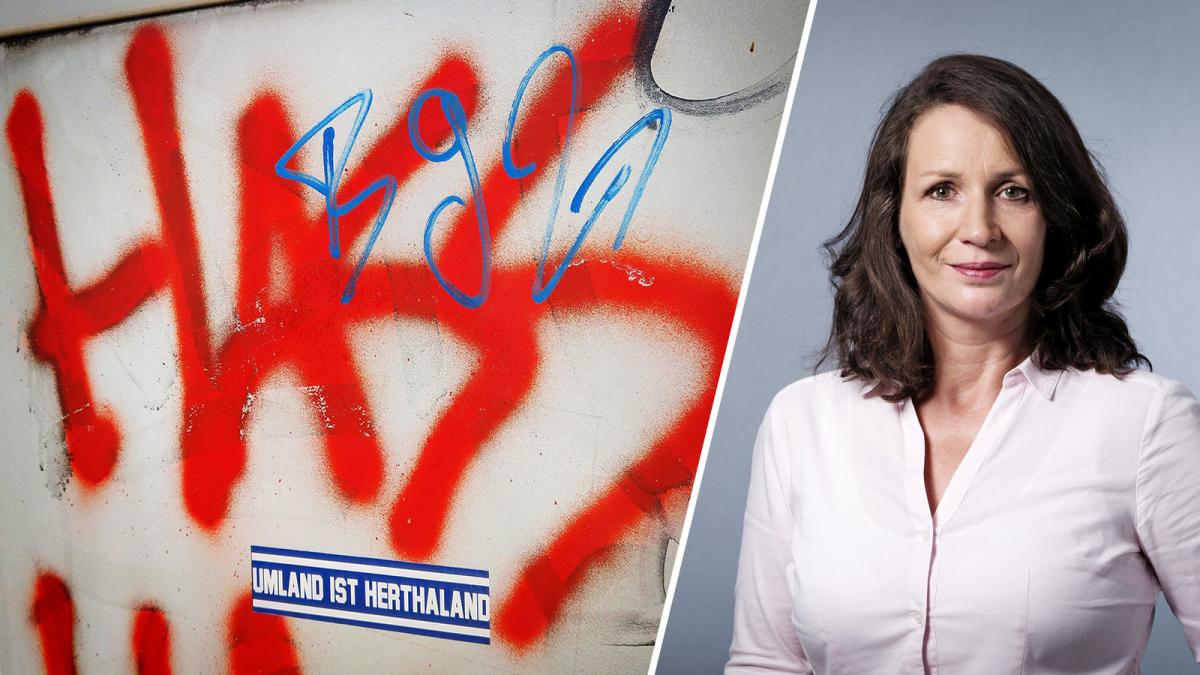 You can conjure up butterflies in your stomach, make your face flush with shame.

They can hurt, intimidate, silence.

Politicians and activists worldwide feel this through smear campaigns on social media.

But even with us, according to statements by Digital State Minister Dorothee Bär (CSU), the cyberbullying attacks not only on women who are in public have reached such an extent that she speaks and demands of a poisoning of the social climate, both analogue and to list digital misogynist crimes separately in the police crime statistics.

It is not misogyny that poisons our climate, but gender madness?

A survey published in February by “Spiegel” among female members of the Bundestag, in which only the AfD did not take part, came to a different conclusion.

After that, 69 percent of women politicians said they would experience “misogynistic hatred as members of the Bundestag”.

Sexist turn-ons on the street, scorn in the schoolyard, hate speech online, humiliation in the family.

Verbal contempt for women is the ground on which physical violence thrives, the saddest extent of which is the number of women killed by their partner.

In Germany this is the case on average every third day.

It is all the more important to remain vigilant for everyday discrimination.

And all the more amazing is the indifference with which women endure the everyday violence of speech.

This year the ski jumpers wore bibs at their World Cup in Titisee-Neustadt, on which the bed retail sponsor had flaked: "We are mattresses".

Apart from the "Emma", the media excitement about the clear allusion was kept within very narrow limits.

The lack of outcry against the sexism in German rap, cultivated by male and female singers alike, is also more than astonishing.

In its hardest forms, there are no women at all anymore, only "pussies", "whores" and "bitches", who are particularly characterized by their ability to satisfy men orally.

In times when the politically correct use of language has become mainstream and every violation of it has become blasphemy, a parallel world to the gender star idyll has evidently emerged here.

But if a Fler or a Kollegah, a Farid Bang or a Juju were to deal with German intellectual history, they might be surprised how mainstream they are with their macho behavior and sexism.

That they are sometimes not that far removed from the verbal outpourings of great German men who have brought the world forward with their thoughts, but have made no secret of their abysmal contempt for women.

It is men who shape our thinking.

So much and without reflection that nobody gets upset about a Treitschkestrasse, named after the historian who died in 1896 and who did not allow women to attend his lectures: “The German universities have been designed for men for half a millennium,” he preached, “and I don't want to they help to destroy. "

How could the great enlightener Immanuel Kant, who did so much for human equality, give such a clear rejection of gender equality in his “Metaphysics of Morals”?

Claim that the good old custom that he is "the commanding, it is the obeying part" is perfectly fine, "cannot be viewed as conflicting with the natural equality of a human couple".

And what about Thomas Aquinas, one of the most important saints of the Catholic Church, most influential philosophers and theologians in history?

Even against the background of the zeitgeist of the 13th century, in which he grew up, what has been handed down about him cannot otherwise be described as questionable.

Why did he have to rush so?

"Woman is a mistake of nature", he wrote, "physically and mentally inferior".

The full realization of the human kind is only the man.

No wonder that it is celebrated in the Catholic Church, in which women are only allowed to sit in the second row anyway?

Be careful with hasty judgments.

Protestants do not have to hide behind Catholics in terms of their patriarchal language traditions.

In the Evangelical Church it is the founder himself who did not make a murder pit out of his heart, but freely proclaimed what he thought of women.

"The greatest honor that women have," wrote Martin Luther, "is always that men are born through them."

Do we have to rename all churches now?

History and its consequences cannot simply be canceled.

We mustn't let the language police throw sand in our eyes because they pretend everything is fine just because a sign with a problematic street name is no longer there.

Instead, we have to reflect much more on how long the tradition of unequal treatment is, even in the enlightened West, how deeply rooted the misogyny, how thin and fragile the layer of equality is.

We have to understand that we can only defend it if we stabilize it and have the courage to call discrimination by its name, even if it has its roots in other cultures and religions.

We have to be careful that we don't see the actual discrimination because of all the gender stars.

And above all, we need to understand the power of words.