Iivo Niskanen threw his skis violently in the finish area - from the stable boss a concise message to the Finn: “Never do that again!”

Fischer's importer and the boss of the ski stable took a stand on Iivo Niskanen's ski rage. On Sunday, Iivo Niskanen unleashed his disappointment after the 50-kilometer World Championships in skiing by throwing his skis violently. According to Niskanen, maintenance was not successful with the latter skis he used, and Fischer-branded go-karts got a fierce ride. The incident was not ignored by Peder Planting, CEO of Patrol, which imports Fischer. Planting, who represented Finland at the 1 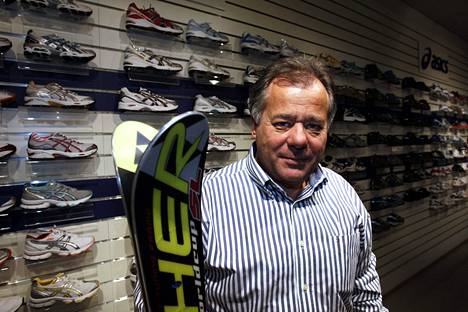 On Sunday, Iivo Niskanen unleashed his disappointment after the 50-kilometer World Championships in skiing by throwing his skis violently.

According to Niskanen, maintenance was not successful with the latter skis he used, and Fischer-branded go-karts got a fierce ride.

The incident was not ignored by Peder Planting, CEO of Patrol, which imports Fischer.

Planting, who represented Finland at the 1980 Moscow Olympics, was very understanding of Niskanen's ski rage, with the experience of a former top athlete.

- Of course, I would have liked his reaction to have been different.

But I’m not taking a terribly strong stance on the issue, I’m trying to look at what happened from a broader perspective.

The World Cup is every other year, and this had been his main goal.

The mental and physical pain with which he has scorched for the last mile, realizing the medal is escaping, is quite a cocktail, Planting knows.

- There are the dreams of youth, many years of preparation, the pressures of stakeholders, all this behind.

It would be good to remember that this is a human being.

It may even be too much to assume that an athlete’s behavior would be 100 percent correct at a time like this, Planting thinks.

Planting was a big backing factor in the fact that Niskanen moved from Rossignol to Fischer after the Seefeld World Championships disappointment two years ago.

He recalls that equipment manufacturers require certain types of behavior from athletes representing their brand.

- The most important thing is athletic behavior in all conditions on and off the competition venues.

Everyone can interpret what this means.

Peder Planting is the CEO of Patrol, which imports Fischer.

Further consequences of the eruption are still hardly coming.

- Iivo is an intelligent and puritanical athlete, and he wants to be exemplary.

He himself knows that he did not now meet these rules.

I think he's suffering a lot from this, and that's enough.

No need to throw salt into wounds.

If he got those seconds back, he would probably act differently, Planting ponders.

Watch this MTV Sports video of Niskanen's rage after the race.

The video filmed by MTV Sport after the competition shows that Niskanen is focusing his rage on his ski guard Heikki Alakärppä.

- I told Heikki (Lower Fly) not to do anything.

Planting also points out that Niskanen already communicates loudly with the Finnish service department during the competition in connection with the change of skis.

- I think his heating already happened then.

That, too, says his pain was on the maintenance, not the instrument brand.

Planting says it has not considered it appropriate to discuss the case with Niskanen.

- Perhaps the discussion at all, even the next day, would reveal the athlete's experience more authentically than the feelings expressed one or two minutes after the competition.

But the team manager will discuss if he deems it necessary, Planting says.

Ilta-Sanomat reached the Austrian Urain on Monday morning, but this did not want to discuss the topic in the media.

- Immediately after the race, I spoke briefly with Iivo, and we need to discuss even more, Urain commented.

Planting had also spoken to Urain, who represented Austria in the 1998 and 2002 Olympics in cross-country skiing.

- Gerhard said that he had told Iivo that you would never do that again.

Iivo and Gerhard have a warm relationship and Iivo has given them a lot of information related to product development.