Alexi Laiho's sister tells of the family's torment: a big quarrel about the burial of a guitar legend

According to the family, the widow released Alexi Laiho's cause of death with her own permission against the will of them and other close associates. 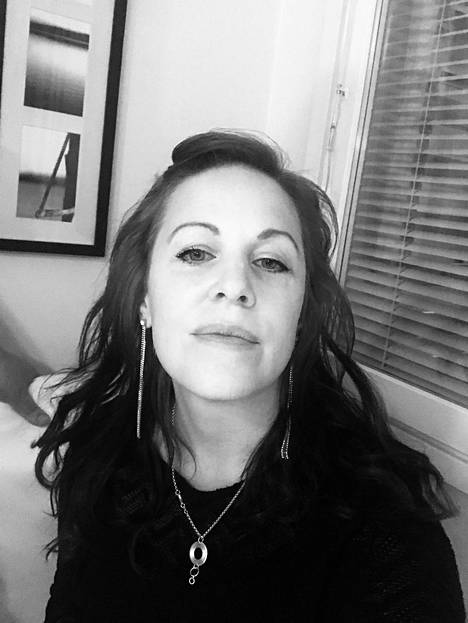 A dispute has arisen over the last resting place of Alexi Laiho, who died in December at the age of 41 and the announcement of the cause of death.

Laiho's close circle has not appeared in public since the guitarist's death, but now Laiho's sister Anna Laiho is breaking the silence.

He says relatives wished they could deal with death in peace without publicity.

- However, the situation has reached this point, so it is good that we are making our voices heard.

Laiho refers to the public outlets of his brother’s widow, Kimberly Goss, many of whom he says cannot withstand daylight.

- When Alexi was alive, she was quite quiet, but the day after her death, old swing pictures began to appear.

It was disrespectful to us and to the Australian family.

Laiho’s family does not accept that Goss made the cause of Laiho’s death public despite their requests.

The position of family and friends had been made clear to Goss on several occasions, but this one decided to publish the cause of death nonetheless.

- While alive, Alexi wanted to keep her own health information away from the public, so we believe she would not have liked such a discussion, which has arisen, Anna Laiho says.

In practice, the couple’s marriage existed only on paper, and they haven’t even met each other since the mid-2000s.

According to Anna Laiho, the couple married in 2002, mainly because Goss would receive a residence permit in Finland.

IS has also received support for the argument from other sources.

Alexi Laiho filed for divorce in the same year, but Goss announced that he would take over half of Laiho's property, after which Laiho withdrew the divorce papers, Anna Laiho says.

- Instead, he made marriage papers, which Kimberly promised over the years to put his name on.

It seems to me that he had no real intention.

Anna Laiho says that her brother was bothered by the matter.

Alexi talked about it over the years with her family and friends.

- He hoped that the difference would have been handled as friends so that he would not have had an awful lot to pay.

Kimberly refused and was really angry about it.

- Whenever Kimberly spoke, Alex's comments were out of print.

He never said anything positive about Kimberly to me.

Of all his other former partners, he always spoke in a warm and respectful tone.

Similar people have also been told by other people interviewed by Ilta-Sanomat who knew Laiho well.

Goss' claims about their friendship are exaggerated, Anna Laiho says.

- Of course, I haven't read Alex's posts, but based on what Alexi himself told me about Kimberly, they weren't close.

Alexi Laiho was going to get around this by making a will years ago.

In it, he states that his last will is that all his possessions will be given after his death to his parents.

IS has seen a will and a certificate of employment confirming that Laiho had no children.

According to Anna Laiho, Goss has not agreed to sign the service of the will.

- Our family hopes that he will cooperate, especially when he publicly claims to do so.

As the final staple between the family and Kimberly Goss, a huge dispute has arisen over the guitarist’s funeral.

It was clear to the family from the beginning that the funeral would be held only among the close circle.

It came as a surprise to us when Kimberly suddenly wanted to attend the funeral arrangements.

- Our family did not want to join him just because he has not been involved in Alex's life for 20 years.

In addition, their social relationship was really contentious and Alexi suffered from mental health problems during that time.

The family held a private funeral at the end of January, but Laiho’s ashes have still not been laid in the grave.

When the urn should have been lowered, Anna Laiho got a call from the funeral home.

Goss's lawyer had contacted him and refused to hand over the urn.

Goss wants it handed over to him, Anna Laiho says.

- We had looked at Malmi Cemetery, a beautiful place that could hold a large tombstone.

Goss was of the opinion that Alexi should be buried in Hietaniemi, although there is no room there but for a memorial plaque among other tiles.

The artist hill is also full.

The family and Goss have tried to negotiate through lawyers.

The family, for example, has suggested that Goss could hold his own memorial service in the presence of an urn, but Goss has not agreed.

IS has seen the exchange of messages between lawyers.

The exchange also shows, among other things, that Goss would have liked to move to Laiho's apartment.

- As if it were not enough for mom and dad that their son was dead.

Then 20 years from now comes someone who has had nothing to do with them and prevents them from putting their son in the grave.

Ilta-Sanomat did not reach Kimberly Goss to comment on the allegations made in the article.