Yle’s video shows the dramatic final of the 50km (p) World Championships for Men, which ended in the collision of Johannes Hösflot Kläbo and Aleksandr Bolshunov. 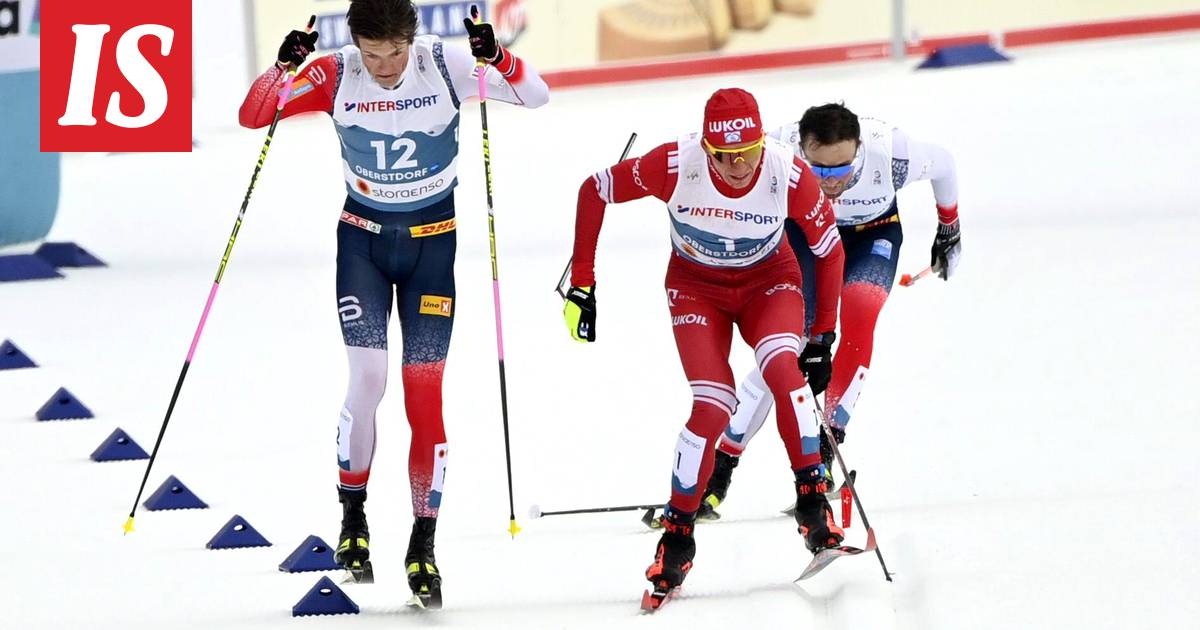 The men’s 50km (p) race at the World Championships ended in chaos when Norway’s Johannes Hösflot Kläbo and Russia’s Aleksandr Bolshunov crashed on the finish line.

Watch a video of the dramatic situation in this Yle story.

The jury rejected Kläbo, who crossed the finish line first, and his compatriot Emil Iversen rose to the World Cup gold, and Bolshunov won silver.

Simen Hegstad Krüger from Norway skied for the bronze.

Kläbo was abandoned in the final because of a crash with Bolshunov.

Kläbo, who came from behind, drove to the finish line alongside Bolshunov, who had accelerated at the top, just to the right of the track.

Contact was made between the skiers, and the Russian's rod broke.

Bolshunov, who skied with a broken pole, dropped to third in the race.

According to Yle, Russia has made a new protest and demands that Bolshunov be promoted to world champion alongside Iversen.