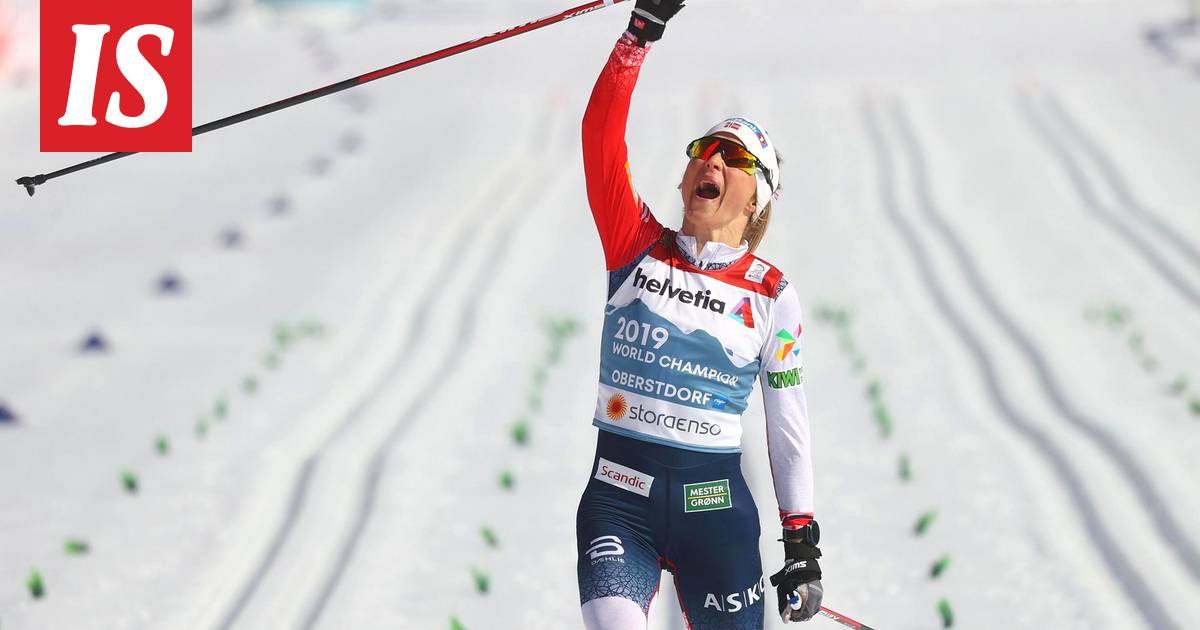 German head coach Peter Schlickenrieder's claims about the appearance of Therese Johaug have been a controversial topic in the closing weekend of the World Championships in Oberstdorf.

Schlickenrieder outlined earlier this week that Johaug is not a good role model because this is so skinny.

Your German nationality suggested that weight index limits should be introduced in skiing as in ski jumping.

The race permit would therefore not be valid if the athlete's relative live weight was too low.

According to him, for example, Norwegian skiers must pass strict health checks in order for the national team door to open.

Now the management of the International Ski Federation Fis has also taken a stand.

According to Pierre Mignerey, Fis' race director, the issue needs to be raised if the weight of the skiers is really a problem.

According to him, Schlickenrieder is not the first to show concern about the weight and health of athletes.

- It (weight limits) comes up about every other year, but so far it has not been perceived as a major concern.

But I'm open to raise the issue on the table and discuss it, if the concern is growing and it is considered necessary, Mignerey said according to Expressen.

Mignerey acknowledged that an athlete’s live weight is understandably one of the factors influencing performance over long and hard distances.

The advantage is basically on the side of lighter athletes.

According to Migneryy, Germany must take the initiative on weight limits at the Fis spring meeting if they want to take the matter forward.

- It would be interesting to hear about it from the athletes themselves.

Maybe we should add a question about it to the annual survey we send them.

I want to know what people think about it, he said according to the Swedish newspaper.