That will change from Monday with the corona measures in Bavaria

Gradually, the strict corona measures in Bavaria are being relaxed. In the next few weeks, a lot will be possible again that people have had to do without for months. 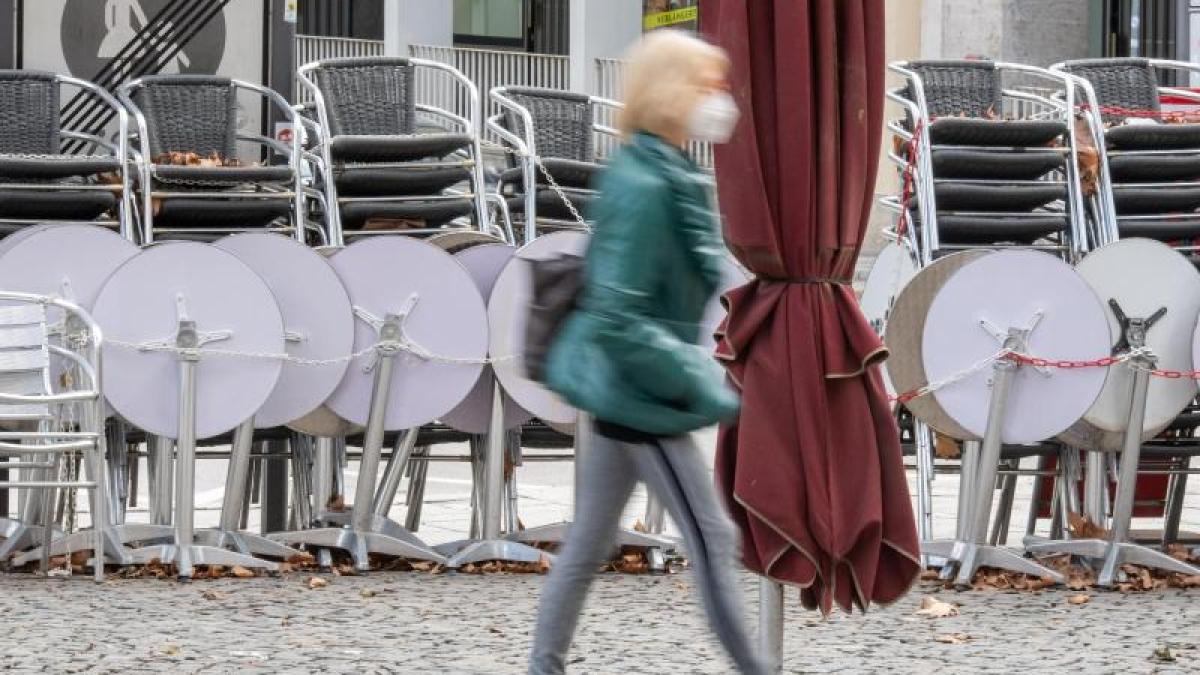 Munich (dpa) - A week after the opening of hairdressing salons and hardware stores, further easing of the corona restrictions are pending in Bavaria.

From Monday, new regulations for private contacts and bookstores will come into force.

More classes will then return to the schools in mid-March.

SOCIAL CONTACTS: From March 8th, meetings with up to five people from another household are allowed again.

Where the incidence falls steadily below 35 new infections per 100,000 population, meetings of up to three households with a maximum of ten people can be permitted.

From an incidence of 100 from the second following working day, the options are again limited to your own household and one other person.

Children up to the age of 14 are generally not included.

BOOK STORES: From Monday, bookstores will also be reopened; in future they will be included in the retail trade for daily needs and thus, for example, put on an equal footing with supermarkets.

Libraries, archives and libraries can also open under certain conditions.

How many people are allowed to enter the room depends on its size.

TRADE: In theory, other stores can reopen in the week ahead.

For the further retail trade, however, the incidence remains the decisive criterion.

If this is stably below 50 in a district or an urban district, shops can let in customers.

If the value is higher, up to a maximum of 100, so-called appointment shopping is still possible.

Customers must make an appointment in advance.

CULTURE AND ANIMAL PARKS: Museums, galleries, zoos and botanical gardens as well as memorials are allowed to open if the incidence is stable below the 50s.

Visits between 50 and 100 are also possible here after booking an appointment.

Munich's Hellabrunn Zoo has announced that it will reopen on Monday.

However, admission tickets can only be purchased from the municipal ticket service provider München Ticket.

SPORT: Below the 50 value, non-contact sport is again permitted in small groups of up to ten people outdoors, including on outdoor sports facilities such as tennis or golf courses.

Between 50 and 100, the permitted number of participants in individual sports is reduced to a maximum of five people from two households or, for children up to 14 years of age, to groups of up to 20 people.

SCHOOLS: After primary and final classes, all secondary school students are to be brought back to schools from March 15, at least in alternating classes and where the incidence is below 100 new infections per 100,000 inhabitants.

The Easter holidays are to be maintained as planned.

At the elementary and special needs schools in regions with an incidence below 50, normal face-to-face teaching is to be offered again.

Daycare centers: The daycare centers process in stages: In rural districts and urban districts with a seven-day incidence below 50, childcare facilities are allowed to switch to normal, regular operation.

Between 50 and 100, there is limited regular operation, i.e. in fixed groups.

And in regions with a seven-day incidence over 100, emergency care will be switched to.

This also applies to outdoor catering, such as beer gardens, and indoor sports or outdoor contact sports.