That was Saturday, that will come on Sunday

RB Leipzig presented, but Bayern countered in the top game against BVB in the style of a top team. Thomas Müller has “lust”, while Gladbach and trainer Marco Rose are frustrated. 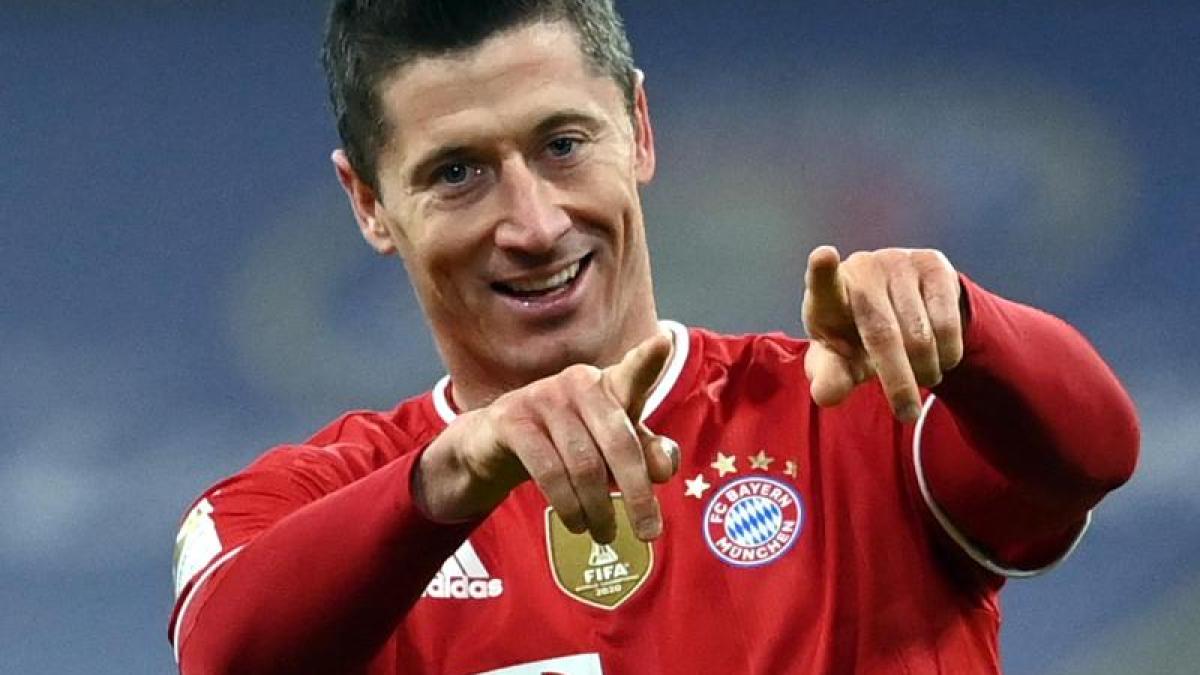 Berlin (AP) - After a rousing duel with BVB, FC Bayern defends the championship lead - thanks in part to its super striker Robert Lewandowski.

Hertha BSC finally has reason to be happy again, Borussia Mönchengladbach is still deep in the crisis.

The most important things about the 24th matchday of the Bundesliga at a glance:

REFLECTED BACK: "After the 0: 2 we shook each other briefly, but you also noticed afterwards that the team was awake," said coach Hansi Flick and gave his Bayern a "huge compliment".

The Munich team won 4-2 against Borussia Dortmund and thus restored their two-point lead over RB Leipzig as the leaders.

FAVORITE ENEMIES: Hertha BSC had been without a win for two months - up to the 88th minute in the game against their favorite opponent FC Augsburg.

Then Dodi Lukebakio took a penalty kick and finally shot the Berlin 2-1 after nine unsuccessful attempts to three points again.

EXCEPTIONAL: Koen Casteels conceded a goal in the Bundesliga for the first time after 673 minutes - of all things in the game at his former club TSG 1899 Hoffenheim, which was then lost 2-1.

“I don't care,” commented the Belgian at the end of his personal streak after Christoph Baumgartner's goal (8th).

"At some point it was clear that we would get another goal."

There was still a way to go to the record: The longest run of a goalkeeper without a goal is held by the former goalkeeper Timo Hildebrand with 884 minutes.

PRESENTED: The people of Leipzig made their own contribution - then they were forced to watch.

The defeated Freiburg coach Christian Streich said before Bayern's 4-2 win against Dortmund: "The way you are performing at the moment, you are a serious competitor of Bayern Munich, there is no question about that."

But since Munich countered in the evening, it remains two-point deficit for the time being.

FRUSTRATED: Frustration and perplexity resounded from every single utterance.

"It's a complicated day that hurts a lot," said sports director Max Eberl.

“We have to deal with that now.

Now we are in demand as a team, ”said goalkeeper Yann Sommer.

And coach Marco Rose spoke of a “challenging situation”.

Borussia Mönchengladbach suffered their fifth defeat in a row in a 1-0 defeat against Leverkusen.

Since the announcement of his departure from BVB, Rose has lost success, his team has probably gambled away the chances of reaching an international competition.

DEBUT: In the relegation battle, Frank Kramer makes his debut as coach of Arminia Bielefeld this Sunday.

The successor to Uwe Neuhaus, who had to vacate his post against the will of many fans, wants to leave the penultimate place in the table with a win in the home game against 1. FC Union Berlin.

Before that, 1. FC Köln, who is threatened with relegation, will also have to earn points urgently needed to stay in class.

At 3:30 p.m., the Rhinelander received SV Werder Bremen, who had recently gained some air through the success against Eintracht Frankfurt.