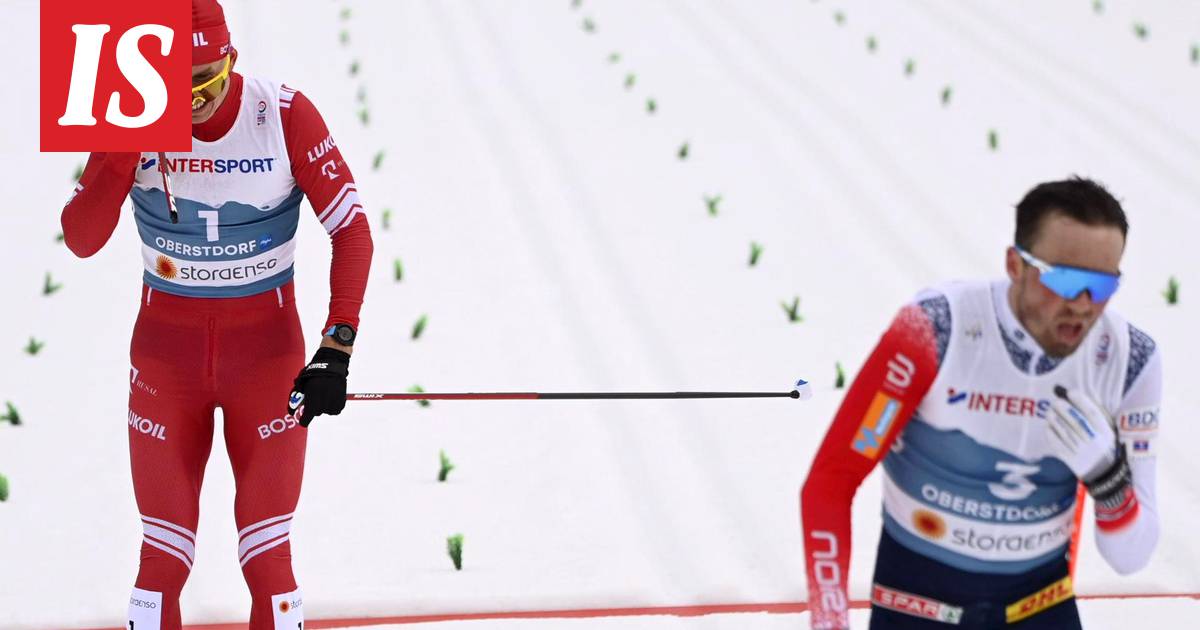 Norway’s Emil Iversen rose to become the world champion in the 50km joint start of the traditional skiing mode after dramatic stages.

Johannes Hösflot Kläbo, who was the first in the goal, was dismissed because the jury considered that he had blocked Alexander Bolshunov at the beginning of the final.

After the protests, the Russian, who cut off his rod, rose to silver and Iversen became the second to finish.

The new world champion Iversen opened his senses in an interview with the Norwegian magazine Dagbladet.

Bolshunov received a much more icy rating from Iversen.

- John is really fair on the track, but I can't say the same about Bolshunov.

He has a number of backgrounds in which I think he has broken the rules, Iversen said.

It doesn't surprise me at all.

He’s scary on the track.

I've said it before and I stand behind my words.

The duo’s bitter feelings are mutual.

According to Bolshunov, Iversen did not earn his gold.

- I think only two skiers deserve a win, me or Johannes (Kläbo).

No Emil (Iversen), Bolshunov commented through his interpreter on Norwegian TV2.

According to Iversen, what is special about Bolshunov's behavior is that he experienced the same fate at the Lahti World Cup as Kläbo on Sunday.

Bolshunov tried to bypass Salpausselä at the end of Joni Mäki's track from the outer lane, but the Finn closed the fairway.

Russia was rejected from the message - like Kläbo now.

He decided to tackle the hill in the snow and didn’t like his excuses at all.

It was strange that he then committed the same thing today.

Norway has 48 hours to appeal against Fis's rejection decision.

According to Dagbladet, the Norwegian Ski Association is currently looking at different options.