Mask affair in the Union: In order to avert “any political disadvantage” from his party, Georg Nüßlein resigned from the CDU / CSU parliamentary group with immediate effect. But he still wants to keep his Bundestag mandate. 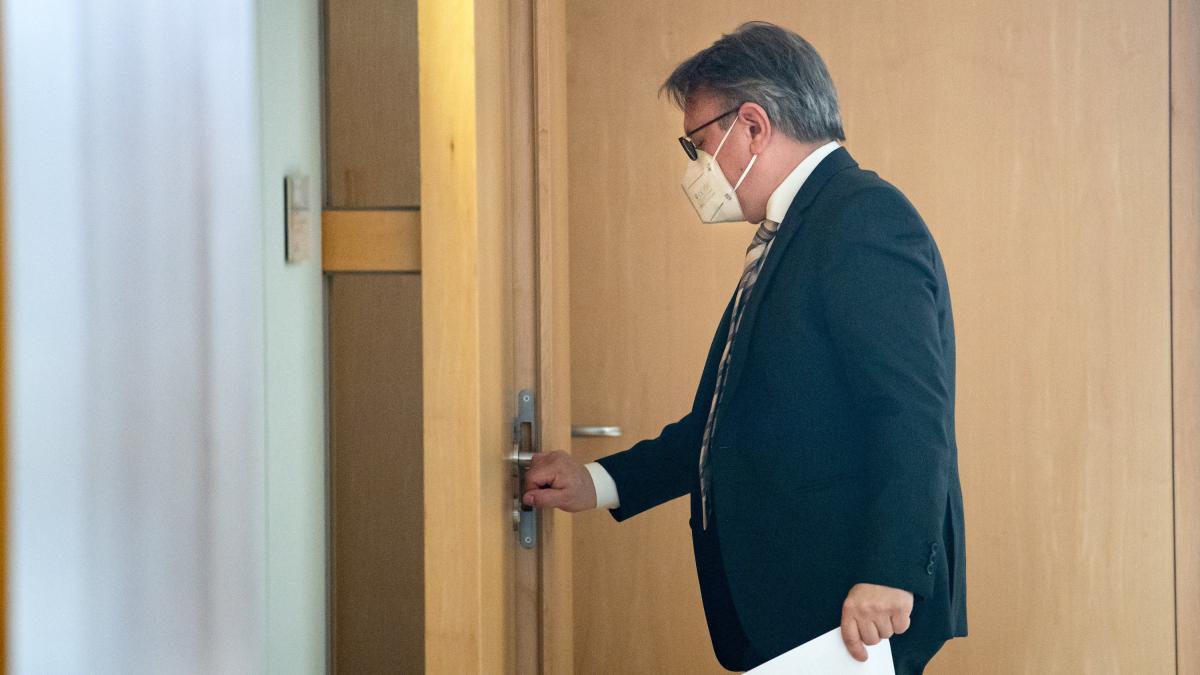 The CSU member of the Bundestag Georg Nüßlein, who is suspected of corruption in connection with the purchase of corona protective masks, is stepping down from the CDU / CSU parliamentary group with immediate effect.

In a statement circulated by his lawyer on Sunday, Nüßlein justified this by wanting to avert “any political disadvantage” from his party.

Nüßlein wants to keep his mandate in the Bundestag until the end of the legislative period.

The Mannheim CDU member of the Bundestag, Nikolas Löbel, had previously announced that he would resign from his seat in the Bundestag until the end of August.

Löbel and Nüßlein are said to have collected six-figure commissions for brokering businesses with corona protective masks.

Nüßlein announced on Friday that he was resigning from his post as parliamentary deputy of the Union and that he would no longer run for the Bundestag in the coming legislative period.

The Munich Public Prosecutor's Office is investigating the Christian Socialist because of the initial suspicion of corruption.

Nüßlein denies the allegations against himself.

The CDU federal chairman Armin Laschet has called on the politicians involved in the mask affair to resign immediately.

"Anyone who, as a representative of the people, tries to earn money for themselves personally in this crisis, has to leave parliament immediately," Laschet told the "Südkurier" (Sunday).

"Every MP who enriches himself in and during the crisis damages the greatest good of democracy: trust."