Gatherings across France on the eve of Women's Rights Day

From Paris to Montpellier via Lyon, hundreds or even thousands of demonstrators gathered on Sunday in the four corners of France to defend the rights of women, on the eve of… 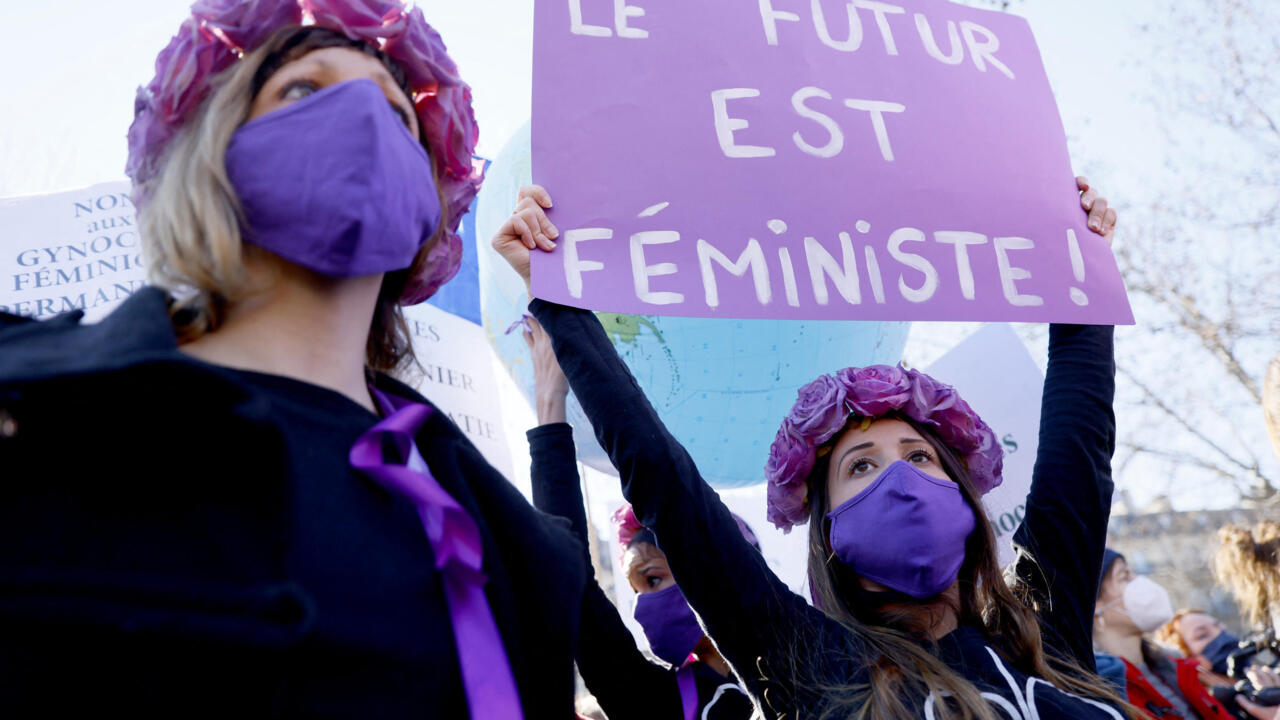 Hundreds or even thousands of people mobilized, Sunday March 7, in Paris, Lyon, Marseille, Montpellier, Toulouse or Bastia to defend the rights of women, on the eve of the day dedicated to them, journalists noted. from AFP.

"When women stop, everything stops!", Launched one of the organizers of the Parisian demonstration, which brought together nearly 300 people at Place de la République at the call of the collective "On Arrête All".

This year, March 8, International Women's Day, "takes place in a context of a very poorly managed pandemic, the serious social and economic consequences of which still affect women on the front line," she said. denounced.

Festive atmosphere in the processions

In songs and to the rhythm of drumbeats, under a tide of purple flags and placards denouncing "patriarchal sexism", the demonstrators expressed their "determination" to continue to fight for their rights and their "fed up with not being not be heard ".

After "the Poles who dared to stop everything for the right to abortion", the Argentines, the Spaniards and the Swiss, "we are all stopping on Monday," said Suzy Rojtman, of the National Collective for Women's Rights.

In Lyon, the prefecture counted 3,000 demonstrators in a procession that left Place Bellecour before returning there.

In a press release, the Rhône Women's Rights Collective argued that "March 8 is not 'celebrated' with a gift or a distribution of flowers", but by "the struggle for women's rights".

>> See also: Being a feminist: a high-risk commitment in the world

In Montpellier, where the mobilization gathered 1,200 people according to the prefecture, the head of the procession was held by several feminist associations but also by other collectives, in particular undocumented women.

"The oppressions that we can live as women concern all minorities. Women of color, abused women, disabled, immigrants ... Even if there are still many associations to gather, we are more and more stronger and more and more numerous in the fight against oppressions, ”she said.

In Marseille, representatives of feminist associations took the floor to challenge passers-by.

They were joined by a procession of Kurdish women gathered behind a banner proclaiming "Women are changing the world".

"Today, even if sexism is less visible, we trample on women's rights in a more hypocritical way," noted Renée Clergue, 80, distributing leaflets in the Old Port.

In Bastia, a march for women's rights brought together 150 people, according to the prefecture.

Corsica was marked by the death of Julie Douib, 34, killed on March 3, 2019 in L'Île-Rousse by her ex-companion.

This shock in public opinion had given the start of an unprecedented mobilization and pushed the government to organize its "Grenelle against domestic violence".

Animating a workshop of "diversion of sexist advertising", young activists added to the felt tip, on a perfume advertisement showing a woman: "If you could fantasize to respect me ..."