A Hezbollah channel publishes footage of the targeted Israeli ship

A channel affiliated with the Lebanese Hezbollah published a video clip that it said was of the Israeli cargo ship that was attacked in the Sea of ​​Oman two weeks ago, and Tel Aviv accused Tehran of responsibility for attacking it, which Iran denied. 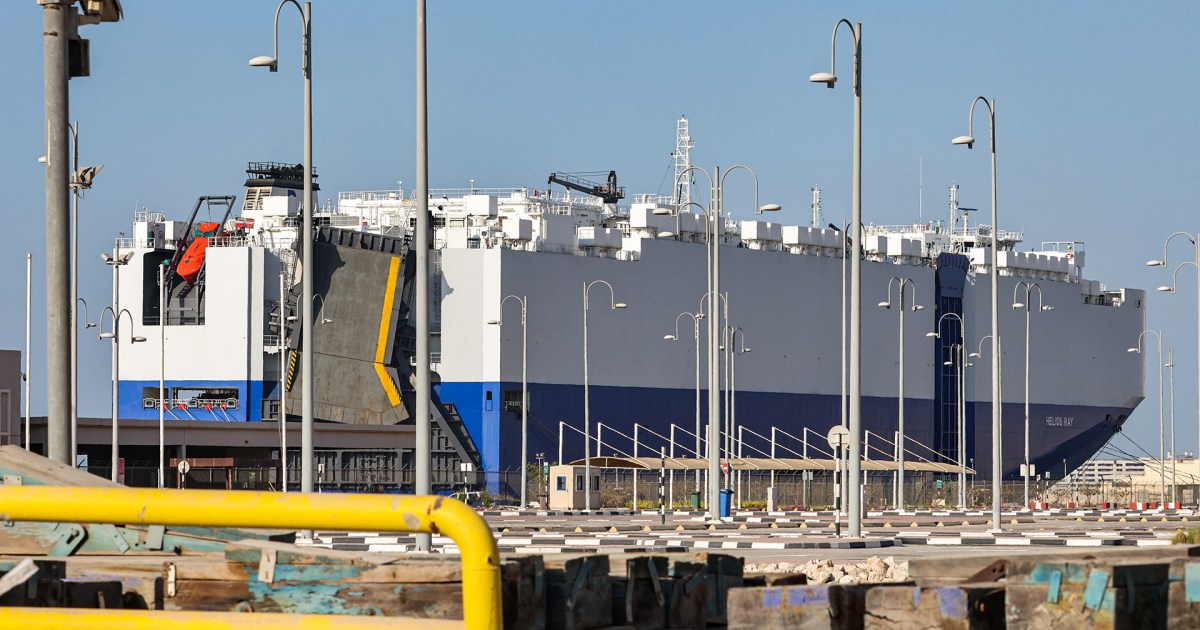 A channel affiliated with the Lebanese Hezbollah published a video clip it said it obtained of an Israeli cargo ship that was attacked in the Sea of ​​Oman two weeks ago (on the night of Thursday, February 24), and Tel Aviv accused Tehran of being behind the attack, which Iran denied.

Al-Mayadeen TV said that the scenes obtained by the source came from Iranian drones, and confirm that the holes in them were not caused by an external attack, and that elements inside caused the explosion, and the channel quoted an Iranian official - who requested anonymity - as saying that there is no reason to carry out an operation against Israeli cargo ship.

# Al-Mayadeen gets scenes captured by Iranian drones of the Israeli ship in the Sea of ​​Oman, confirming that the holes in them were not caused by an external attack, and that elements inside caused the explosion.

"Sanad" agency in Al-Jazeera network tried to verify the veracity of the claim of "Al-Mayadeen", but the videos are of poor quality, and it is not possible to verify whether the holes were due to an internal explosion or an external attack.

Israeli Prime Minister Benjamin Netanyahu said at the beginning of this month - about the two explosions that occurred in the ship "MV Helios Ray" - "It is clear that this is an Iranian act," and described Iran as the biggest enemy of Israel.

Israeli Defense Minister Benny Gantz stated that his "initial assessment" was that Iran was responsible for the attack on the Israeli cargo ship, which was targeted after it sailed from the Dammam port in Saudi Arabia bound for Singapore.

On the other hand, Iranian Foreign Ministry spokesman Saeed Khatib Zadeh denied Netanyahu's accusation about the Israeli ship, and said that it was unfounded. Khatib Zadeh accused Israel of seeking to destabilize security in the region, stressing that the security of the "Persian Gulf" is important to his country.

The Iranian spokesman said, warning that "Israel's actions are suspicious, and it is aware that Tehran will respond to any threat strictly and accurately."

On Thursday, February 24, two explosions occurred in the ship "MV Helios Re", on its way to Singapore, which caused damage to it, and then it arrived at Port Rashid in Dubai, UAE, in order to inspect and repair the damage it suffered.

Israeli media said that the ship was hit by two missiles, and that it is owned by an Israeli businessman, and it is the first Israeli ship to be reported to have been attacked in the region, and similar attacks have previously targeted oil tankers and cargo ships.