Volcano in Guatemala is again spewing embers and ashes

Lava flows down the southern flank of the volcano, and on the summit it spews embers, ash and gas up to a height of 5500 meters. The Pacaya had already erupted three days ago. Nobody has been injured so far. 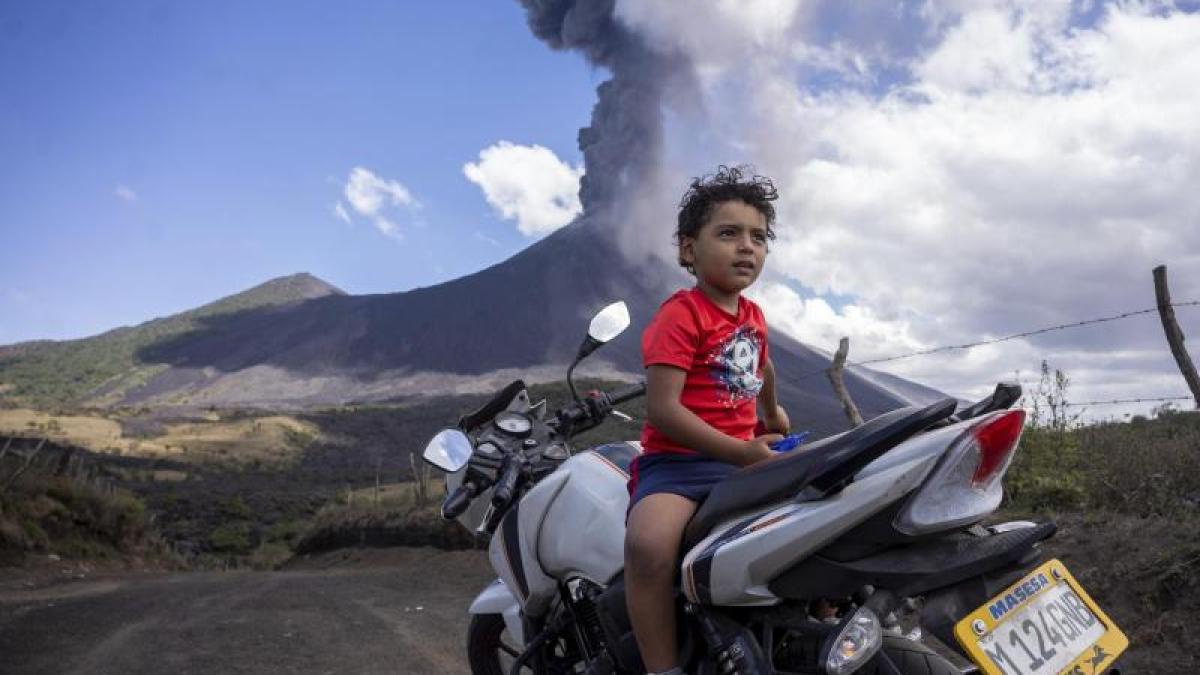 Escuintla (dpa) - For the second time within three days, the Pacaya volcano erupted in Guatemala.

At the volcano around 50 kilometers south of Guatemala City, strong explosions were registered on Friday - as on Wednesday - as the Central American country's disaster control agency (Conred) announced.

The approximately 2500 meter high mountain spewed embers and a dense column of ash and gas that reached a height of 5500 meters above sea level.

Three lava flows of up to 1,500 meters in length have been reported on the southern flank of Pacaya.

According to the information, the wind carried coarse-grained ash in a westerly and southwestern direction into the surrounding communities - the district capital Escuintla, a good 30 kilometers away, could also get something from it.

Stone fragments could also fall down.

The population was asked to pay attention to instructions from the authorities about possible evacuations, not to put themselves in danger, to pack emergency backpacks, to cover water tanks and to wear mouth and nose protection.

After the volcano showed a high level of activity throughout the day, it cannot be ruled out that this will increase or at least persist in the next few hours, the civil protection department said on Friday evening (local time), citing Guatemala's volcanological institute Insivumeh.

Pacaya is one of several volcanoes in the area.

Around 200 people were killed in an eruption of the nearby volcano (Volcán de Fuego) in June 2018.