The volume corresponds to almost ten percent of the US economic output: The US Senate has approved the stimulus package requested by President Biden. Approval in the House of Representatives is considered certain. 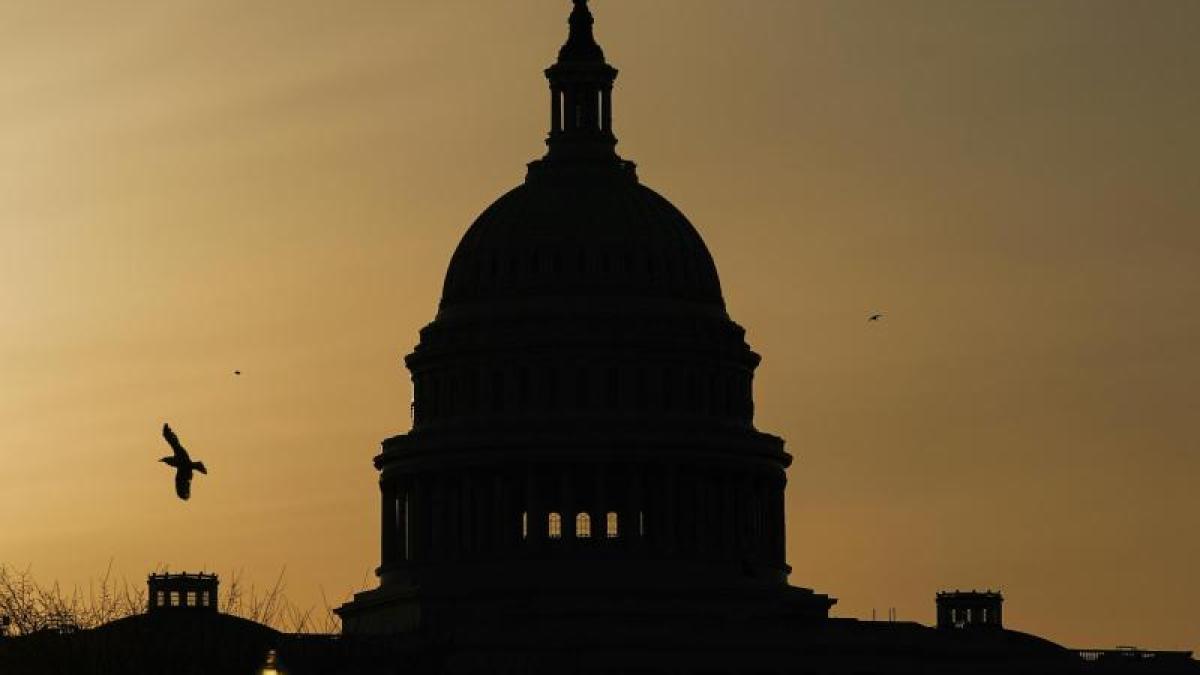 Washington (AP) - The US Senate has approved the new economic stimulus package proposed by President Joe Biden to deal with the Corona crisis.

The package of measures worth around 1.9 trillion US dollars (around 1.6 trillion euros) now has to be negotiated again in the House of Representatives.

Democrats have a majority in the Chamber of Parliament, so approval is considered quite certain.

After several days of deliberations and amendments, 50 Democrats voted for the package on Saturday, 49 Republicans against.

A Republican Senator was missing from the vote.

In the event of a stalemate, Democratic Vice President Kamala Harris could have cast the decisive vote to push the package through.

The scope of the package of measures corresponds to almost ten percent of US economic output.

The Republicans reject such a large package.

Biden wants to use the package to stimulate the economy and create millions of new jobs.

Among other things, it provides direct payments for most taxpayers of $ 1,400.

There should also be financial aid for coronavirus tests, the vaccination campaign, school openings and additional support for the unemployed.

Biden hopes to get the law into effect with his signature before mid-March.

Otherwise, the extended and increased unemployment benefits for millions of Americans would expire on March 14th.

Unemployment benefits, which are often very low in the US, are now to be increased by $ 300 a week through September.

There was still a dispute about this point until the end.

A Democrat, Joe Manchin, blocked that.

After the worsening of the pandemic in the United States, Congress also passed economic stimulus packages worth almost three trillion dollars last spring.

The current economic stimulus package was passed through parliament with a complex conciliation process in order to avoid a blockade of the Republicans in the Senate.

A majority of 60 of the 100 votes would have been required in the Senate through the regular legislative process - so the Democrats would have needed ten Republicans.