The stimulus plan of US President Joe Biden took the decisive step of the Senate on Saturday. The parliamentarians validated this plan of 1,900 billion dollars intended to financially help the… 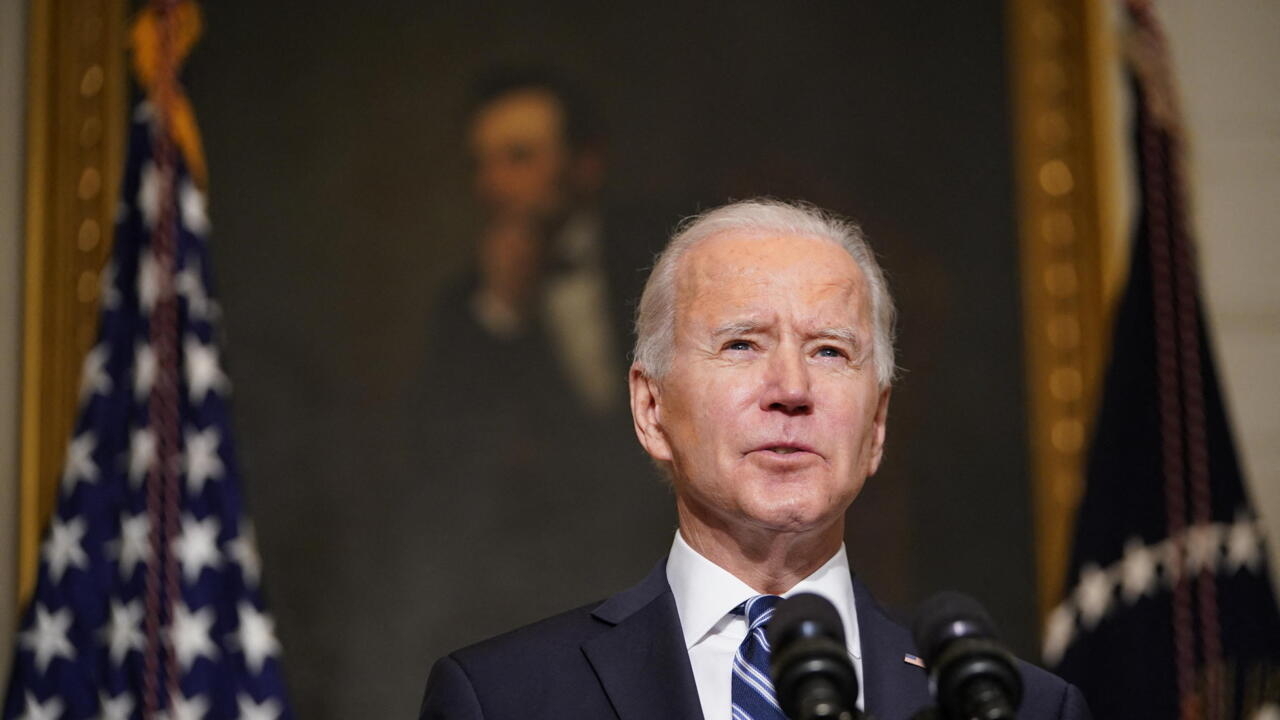 After hours of debates, frenzied negotiations and a marathon vote on many amendments, the US Senate finally approved, on Saturday March 6, the $ 1,900 billion plan wanted by Joe Biden to revive the world's largest economy, hit by the pandemic.

The bill was passed only by the votes of Democratic senators, by 50 votes to 49.

The text will return to the House of Representatives next week, where the majority Democrats should approve it quickly so that Joe Biden can promulgate it by March 14, before the planned suspension of unemployment benefit payments.

"This law will give more aid to more people than anything the federal government has done in decades," Democrat Leader Chuck Schumer said just before the final vote.

Never before has Congress spent so much money "so inconsistently or after such a loose process," retorted Republican Minority Leader Mitch McConnell.

Help the population and fight against the pandemic

The stimulus package includes checks of $ 1,400 for millions of Americans, as well as $ 350 billion in aid to states and local communities.

It also includes billions of dollars to fight the pandemic, including 49 billion for screening and research, in addition to 14 billion for the distribution of the vaccine.

The debates had been paralyzed for more than nine hours on Friday by the opposition, reported behind the scenes, from a conservative Democratic senator to a new provision on unemployment benefits, yet the result of an agreement publicly supported by the White House.

It was only after a call from Joe Biden and concessions that this senator, Joe Manchin, finally gave his support to a new amendment, which provides for the extension of allowances of $ 300 per week until the beginning of September, instead of the end of September as initially planned.

This compromise underlines the immense power of a handful of moderates in this Senate without a comfortable majority.

And is sure to make progressives creak.

With their 50 senators, against 50 Republicans, the Democrats can count on the vote of Vice President Kamala Harris in the event of a tie in the upper house but can not afford any defection.

The Republicans have opposed the stimulus package, which they believe is too expensive and poorly targeted.

One of them was absent on Saturday.

An economy weakened by the Covid-19 crisis

Citing the memory of the great crisis of 2008, Joe Biden insists that it is necessary to think big to resolutely propel the economy towards the recovery, without risk of relapse.

And urges Congress to adopt this plan without delay, the number one priority at the start of his term.

The US president had tempered on Friday the enthusiasm created by good employment figures in the United States, a sign however heralding a mini-economic boom in the spring.

In February, 379,000 jobs were created, nearly three times more than in January, the Labor Department announced in the morning.

But it will still take time to return to pre-pandemic levels: 18 million Americans are still receiving an allowance, after losing their jobs or seeing their income plunge.

"At this rate, it will take two years to get back to the nails" and regain the level of February 2020, warned the US president.

Job creation and a possible increase in consumption

Bars and restaurants, which have suffered particularly since the start of the crisis, are the ones that have hired the most last month.

The ban on serving indoors has in fact been relaxed in some regions.

Other activities related to recreation and accommodation, as well as in health services, retail, manufacturing, also created new positions.

The country's businesses are especially putting themselves in battle order for the small economic boom announced.

From the spring, consumption should indeed leap, driven by the vaccinations carried out with full speed, and by the public aid distributed since the start of the crisis which, coupled with falling spending, filled the bank accounts of Americans, in particular of more affluent.

According to Joe Biden, the good job creation figures are certainly due to the $ 900 billion stimulus plan that was adopted at the end of December and signed by his predecessor Donald Trump.

But without new aid, all of this "will slow down", he warned, "we cannot take one step forward and two steps back".

Its $ 1.9 trillion project would be the third exceptional aid plan approved by Congress during the pandemic.