The morning report of the two sessions on March 6: The National People's Congress reviewed the draft of the "14th Five-Year Plan" and the long-term goal outline for 2035

Today is March 6, what are the important news of the two sessions yesterday that I can't miss? What are the schedules for today? Let's find out in Xiaoxin's "Two Sessions Morning News" together! Hot spot Xi Jinping participates in the deliberations of the Inner Mongolia delegation   Xi Jinping, General Secretary of the Central Committee of the Communist Party of China, President of the State 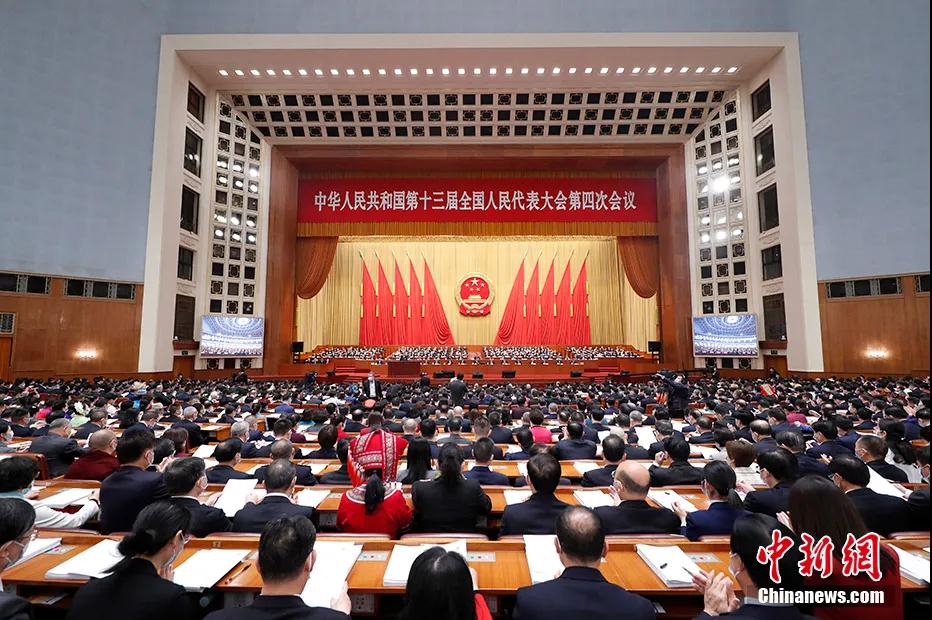 Today is March 6, what are the important news of the two sessions yesterday that I can't miss?

What are the schedules for today?

Let's find out in Xiaoxin's "Two Sessions Morning News" together!

Xi Jinping participates in the deliberations of the Inner Mongolia delegation

Xi Jinping, General Secretary of the Central Committee of the Communist Party of China, President of the State and Chairman of the Central Military Commission, during the deliberations of the Inner Mongolia delegation at the Fourth Session of the Thirteenth National People’s Congress where he was on the afternoon of the 5th, emphasized that the new development concept is a whole and must be complete, accurate, and comprehensive. Implement, focus on serving and integrating into the new development pattern.

We must do a good job in the study and education of party history, educate and guide all party members not to forget their original aspirations, keep their mission in mind, and unswervingly seek happiness for the Chinese people and rejuvenation for the Chinese nation.

Opening of the Fourth Session of the 13th National People's Congress

At 9 o'clock in the morning on March 5, the opening meeting of the Fourth Session of the 13th National People's Congress was held in the Great Hall of the People. Premier Li Keqiang made a report on the work of the government.

Wang Chen, Vice Chairman of the Standing Committee of the National People's Congress, made relevant explanations

The economic growth rate is back, and it is necessary and necessary for conditions to exceed 6%

This year's economic growth target "returns", set at more than 6%, conditions and necessary.

On the one hand, China's economy is now back on track. The economic situation is very different from the time when the global epidemic spread last year and the world economic outlook faced high uncertainty. It is fully equipped to set growth targets based on actual conditions.

On the other hand, China will basically realize socialist modernization by 2035. There are specific quantitative targets. The completion of the "Journey of a Thousand Miles" must begin with a single step.

Due to the low base last year, the target of 6% is not too high. It will not make local governments too tight, and will help create a good environment for the advancement of reforms and high-quality development.

In a word, this goal is the embodiment of seeking truth from facts and being responsible.

The picture shows He Lifeng, the head of the National Development and Reform Commission, was interviewed via online video.

"Chinese enterprises are very capable of adapting to changes in the situation, our economy is very resilient, and the potential for economic development is very strong. We have the confidence, determination, strength, and confidence to achieve this year's development goals and tasks."

——He Lifeng, Director of the National Development and Reform Commission

The picture shows Liu Kun, Minister of Finance of China, being interviewed via online video.

"The per capita share of food in my country has exceeded the international food security standard of 400 kg per capita for many years. my country's food security is guaranteed, and we are fully able to hold the Chinese people's rice bowls."

"Representative Channel" is on

On March 5th, the fourth meeting of the 13th National People's Congress held the first interview of the "Representative Channel".

"Seeds are the lifeblood of agriculture. Holding the seeds safely and firmly in our own hands has always been the direction of our efforts."

"We keep our original mission in mind, improve our ability to win, and are always ready to fight for the motherland and people, and resolutely safeguard national sovereignty, security and development interests."

——Yu Hailong, political instructor of a certain battalion of paratroopers

"Education is the fundamental strategy to get rid of poverty and become rich, and it is the greatest opportunity for success in life. We insist on taking education as an important way to block the intergenerational transmission of poverty, continue to work hard to run education that satisfies the people, and cultivate more for the implementation of the rural revitalization strategy. Better talent."

2021 is at the intersection of history. The "two five-year plans" alternate before and after, and the "two centenary" goals are relayed here, and the new journey of building a modern socialist country has begun.

With the epidemic still plagued the world, the National Two Sessions were held as scheduled, demonstrating the unique advantages and remarkable effectiveness of China's political system.

The two conferences at the historical intersection of the "two hundred years" in the Chinese context have a special significance.

Against the background that the epidemic has not yet dissipated and the outlook for the world economy is unclear, the two sessions of China are held as scheduled. It can be seen that China has successfully contained the spread of the epidemic and the social economy has gradually returned to normal.

This year is the "first year" for China to move towards the "second centenary" goal, and it is also the first year of the "14th Five-Year Plan".

Under the construction of a new development pattern of "domestic cycle as the main body and domestic and international double cycle mutual promotion", how to promote China's industry to implement a higher level of opening to the outside world will become a major attraction of the two sessions.

In conjunction with the discussion of the "14th Five-Year Plan", the four major economic themes, including science and technology, environmental protection, agriculture, and new infrastructure, will be the focus of heated discussions at the two sessions this year.

"Ta Kung Pao" published an article by Tu Haiming, chairman of Hong Kong's New Era Development Think Tank, saying that China was the first to emerge from the haze of the epidemic and was the only major economy in the world to achieve positive growth. It also achieved an overall victory in poverty alleviation.

In the face of major changes unseen in a century, China's "big ship" is still moving forward in the wind and rain.

For plagiarism, is it enough to just "cry out"?

From Guo Jingming and Yu Zheng apologizing for the bad deeds of plagiarism to the establishment of the anti-plagiarism fund, plagiarism and plagiarism have become "everyone shouting and beating" in China.

During the two sessions this year, many deputies to the National People's Congress and CPPCC members paid attention to the issue of intellectual property protection.

In fact, people in the circle have always despised plagiarism, but this phenomenon still exists for a long time.

Obviously, it is impossible to achieve “the world without copying” just by “screaming and fighting”.

Only by further improving the rule of law and increasing penalties for plagiarism and plagiarism can we truly protect originality and stimulate everyone's innovative spirit.

The Fourth Session of the 13th National People's Congress

In the morning, the delegations hold a plenary meeting

In the afternoon, the delegations held a group meeting

Hold group meetings throughout the day

In the morning, discuss the government work report, plan report, and budget report

In the afternoon, discuss the "14th Five-Year Plan" and the draft outline of 2035 long-term goals