The Lebanese Prime Minister threatens to refrain from running the government

The head of the Lebanese caretaker government, Hassan Diab, threatened yesterday to refrain from performing his duties to pressure politicians to form a new government. Diab said in a speech, “If the i'tikaaf helps in forming the government, I am ready for it, although it contradicts my convictions,” indicating that this may happen. Disables states 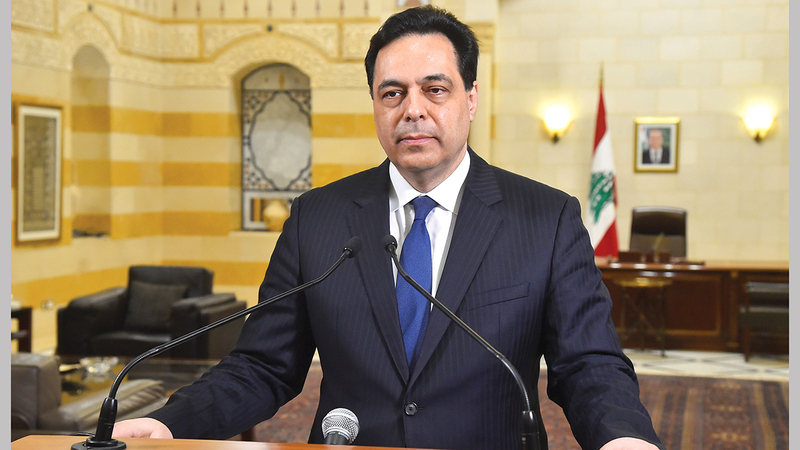 The Lebanese Prime Minister threatens to refrain from running the government

Hassan Diab: If I'tikaaf helps form a government, then I am ready for it.

In his speech, Diab said, "If the retreat helps in forming the government, then I am ready for it, even though it contradicts my convictions," indicating that this could disrupt the entire state and severely harm the Lebanese.

Diab's government resigned after the Beirut bombing on August 4, which destroyed large sections of the capital, Beirut.

Saad Hariri was assigned to prime minister in October, but he has not yet succeeded in forming a new government due to a political crisis with President Michel Aoun.

On the other hand, Lebanese protesters yesterday blocked a number of roads in the capital Beirut and various Lebanese regions, in protest against the poor living conditions and the high exchange rate of the dollar, which today crossed the threshold of 10,000 Lebanese pounds.

Protesters cut off with tires and stones the Masnaa - Rachaya road in the Bekaa Valley in eastern Lebanon, while others took a sit-down at the entrance to the Chouf area in Mount Lebanon.

The protesters raised Lebanese flags, demanded that officials leave and hold early parliamentary elections, and called on the Lebanese to take to the streets to demand their rights and protest against the status of their social, health and living conditions.

It is noteworthy that popular protests began last Tuesday, after the dollar exchange rate reached the threshold of 10,000 Lebanese pounds.

• The protesters called on officials to leave and hold early parliamentary elections.