A St. Petersburg ballerina wanted to relay a petition to stop a controversial project by making a video 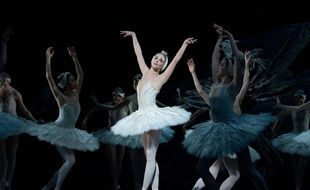 The “Swan Lake” by the Royal Ballet at the Royal Opera House in London in 2020. -

A ballerina from Saint Petersburg danced "Swan Lake" on a bay frozen by -12 ° C to call out to Vladimir Putin about a port terminal project on a natural site located in western Russia .

Ilmira Bagautdinova published a video of her performance which served to relay a petition to try to stop this project.

This could have dramatic consequences on the environment, reports FranceInfo.

To challenge Vladimir Poutine and try to save a unique natural area, she dances "Swan Lake" in the middle of a frozen bay.

“It is a unique natural site: the curve of the Gulf coast protects it against the wind whatever the weather.

It is very pleasant to walk there, the landscapes are magnificent, ”explained the performer behind this video.

This site is Batareinaya Bay, which the Russian government has decided to lease to a grain company in order to build a port terminal there.

A refuge for endangered animals

Since the launch of this project last year, many voices have been raised to make their opposition known.

Ilmira Bagautdinova wanted to publicize this affair by performing a dance performance on this bay.

The petition she relayed calls for the immediate end of the port terminal project and the reintegration of the bay into the nature reserve.

If the inhabitants of the region are keen to defend this former nature reserve, it is in particular because it is a refuge for certain animals such as the gray seal, the ringed seal or even migratory birds which may be threatened.

No, Vladimir Putin did not issue this warning to "world leaders"