It is a comparatively young part of the legendary Wartburg: the knight's bath was not built until the end of the 19th century. Experts are currently renovating the building and putting a lot of work into the walls. 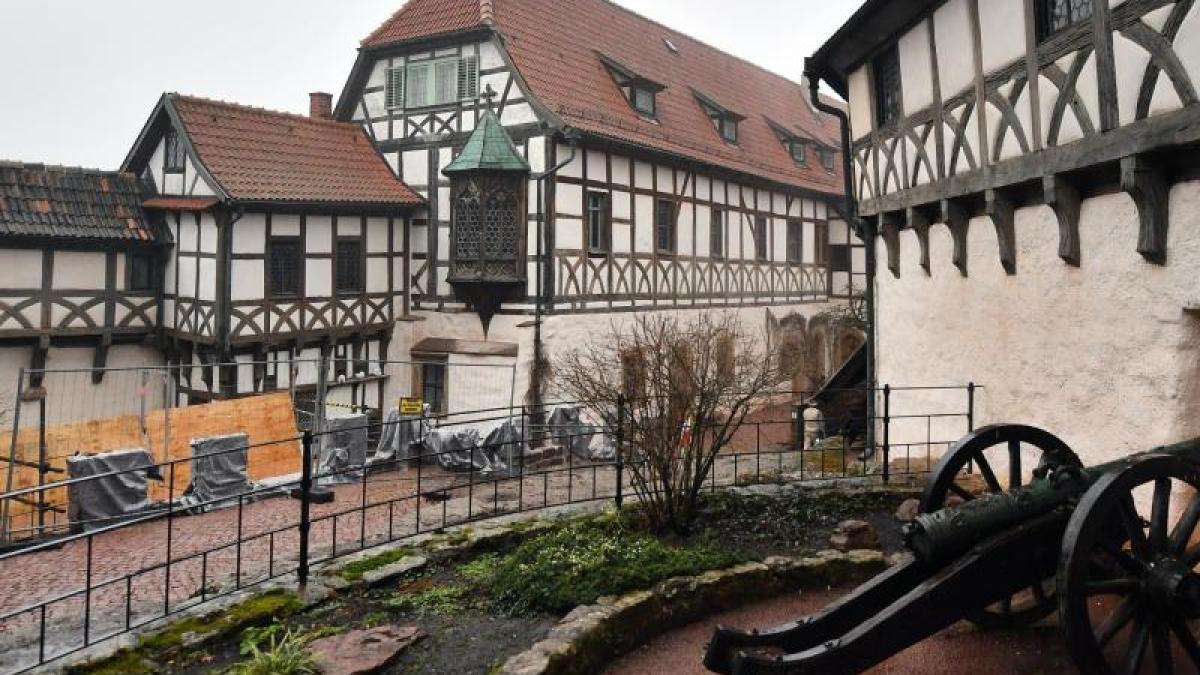 Eisenach (dpa / th) - The heavy onset of winter in February also affected the work on the Wartburg knight's bath in Eisenach.

"The cold and the frost led to some delays," said restorer Stephan Scheidemann, who is leading the renovation work with his planning office.

Nevertheless, the work is largely on schedule and could be completed in the spring.

At the moment there is still a scaffolding.

Even the originally calculated costs of around 500,000 euros should not be significantly exceeded.

"It is a complex repair," said the restorer of the work.

Cracks, leaks, salt deposits and other defects had attacked the building.

The greatest task in the neo-Romanesque building is the stone conservation.

The interior walls, for example, are heavily soiled.

"There are black crusts on the outer skin," said Scheidemannn.

The stones are cleaned in such a way that a special architectural element comes into its own: the different types of sandstone that were used in the construction.

"This red-yellow contrast in the composition will certainly be clearly visible and the attentive observer will perceive it."

Otherwise, the work results should be rather discreet: "It's about creating the solidity of the object and the feeling that it has never been different," said Scheidemann.

The renovation work that began last year also includes the roofing work, the static security and the electrical engineering being brought up to date.

A few days ago, the lead glass windows were also removed and taken to a restorer's studio.

Likewise, the tapestry designed by the Leipzig school artist Wolfgang Peuker, which has adorned the bathroom for 30 years, is freshened up outside the home.

"The carpet is also very dirty, it should be cleaned and small areas should be repaired."

The Wartburg architect Hugo von Ritgen had the knight's bath built towards the end of the 19th century based on the models of medieval bathing facilities that were still preserved.

Historical records show that the Wartburg, which was founded according to legend in 1067, previously had at least one bathing room.

The restoration, which von Ritgen was dedicated to, had previously been initiated by Hereditary Grand Duke Carl Alexander of Saxe-Weimar-Eisenach.

Later on, the building was not always used as a bathroom.

In the meantime, it was also a warehouse and a recording studio, reported Scheidemann.