On behalf of the members of the "core strategy" 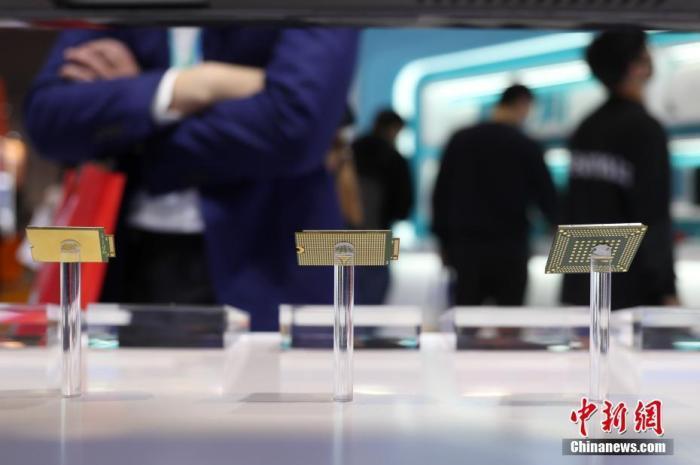 The difficulty of "core" is a cliché in the public opinion field of the National People's Congress and the People's Republic of China.

In recent years, epidemics, production capacity, blizzards, earthquakes, and artificial barriers have caused a "chip shortage" to sweep the world. Whether it is notebooks, mobile phones, tablets, automobiles, servers, and cameras, many industries are facing the problem of "core shortage".

The 2020 Central Economic Work Conference mentioned the "stuck neck" problem twice, and clearly required that key core technology research projects should be implemented in response to weak links in the industry, and intensively cultivated in the areas of industrial advantage to develop more unique skills.

"You cannot build a building in someone else's yard." The development of science and technology is inseparable from the innovation of the core technology of Kaiyuan.

"Chip shortage" get off the car companies voice

According to the China Association of Automobile Manufacturers, the shortage of chips will have a great impact on automobile production in the first quarter of this year.

Many representatives from the automotive industry called for the "strong core" strategy to be put on the agenda.

Zeng Qinghong, deputy to the National People's Congress, party secretary and chairman of the GAC Group, suggested increasing precise support for the automotive electronics industry chain and "changing the phenomenon that domestic chip investment is not active, and there is a phenomenon of "hot up and cold down"."

The first step is jointly promoted by OEMs and system suppliers to help chip companies solve the problem of localization of car-level chips with low technical thresholds; the second step is mainly promoted by chip suppliers to form an endogenous power mechanism for chip suppliers , To solve the problem of localization of automotive-grade chips with high technical barriers.

Zhu Huarong, a representative of the National People's Congress and chairman of Changan Automobile, believes that OEMs should be supported in the vehicle development process with domestic automotive chip manufacturers to develop customized automotive chips as early as possible, and through in-depth collaboration to improve chip quality and supply stability.

Yin Tongyue, representative of the National People's Congress, Party Secretary and Chairman of Chery Automobile, put forward three ideas: one is to formulate a development outline for domestic automotive chip technology; the second is to establish a chip innovation and development platform; the third is to strengthen industrial ecological integration.

The successful enlightenment of "grinding a sword"

Those seeking "cores" are not limited to car companies.

Li Dongsheng, a representative of the National People's Congress and founder of TCL, said frankly that his own control of integrated circuit chip technology is in the long-term interests of the country's industrial development.

He revealed that he is setting up a brand-new, wholly-owned semiconductor chip design company, and in the future "developing semiconductor display technology around our own chip needs."

Deng Zhonghan, a member of the National Committee of the Chinese People's Political Consultative Conference, founder and chief scientist of China Star Microelectronics Group, suggested that the advantages of the new nationwide system should be used to support the innovation and development of the integrated circuit industry through a precise model of investment and financing.

There are currently about 265,000 chip-related companies in China.

According to official calculations, China’s IC sales revenue will reach RMB 884.8 billion in 2020, with an average growth rate of 20%.

Data map: The engineer of the chip equipment manufacturer is debugging the equipment.

"Industrial chain" should be built together

But as Tian Yulong, chief engineer and spokesperson of the Ministry of Industry and Information Technology of China, said at a press conference on the eve of the two sessions, the chip industry is a global industrial chain that needs to strengthen cooperation on a global scale.

It is worth mentioning that the difficulty of "core" has also been extended to other contexts. For example, many people regard seeds as the "core" of agriculture.

Li Yuncai, member of the National Committee of the Chinese People’s Political Consultative Conference and vice chairman of the Hunan Provincial Committee of the Jiu San Society, said that the substitution of “foreign seeds” by domestic seeds is becoming more and more obvious, but the development of China’s seed industry still has serious varieties of homogeneity, low industrial concentration, and planting resources. Insufficient protection and utilization, and other bottlenecks, it is recommended to implement "revealing" technical research, encourage in-depth cooperation, and build an "aircraft carrier" in the seed industry.

He said that it is necessary to establish a commercial breeding system for "Chinese lean-type pigs" that truly masters the core technology of "pig chip" and integrates production, education, research, breeding, and promotion.

He also suggested the combination of “introducing technology” and “introducing intelligence” to reward the talents who are in short supply for cross-industry and transnational research on “pig chips”.