Long jump ace Malaika Mihambo wanted the title at the European Indoor Championships and was pushed to silver in the last attempt. Sprinter Kevin Kranz also ran in second place. There was an unexpected bronze medal for Hanna Klein over 1500 meters. 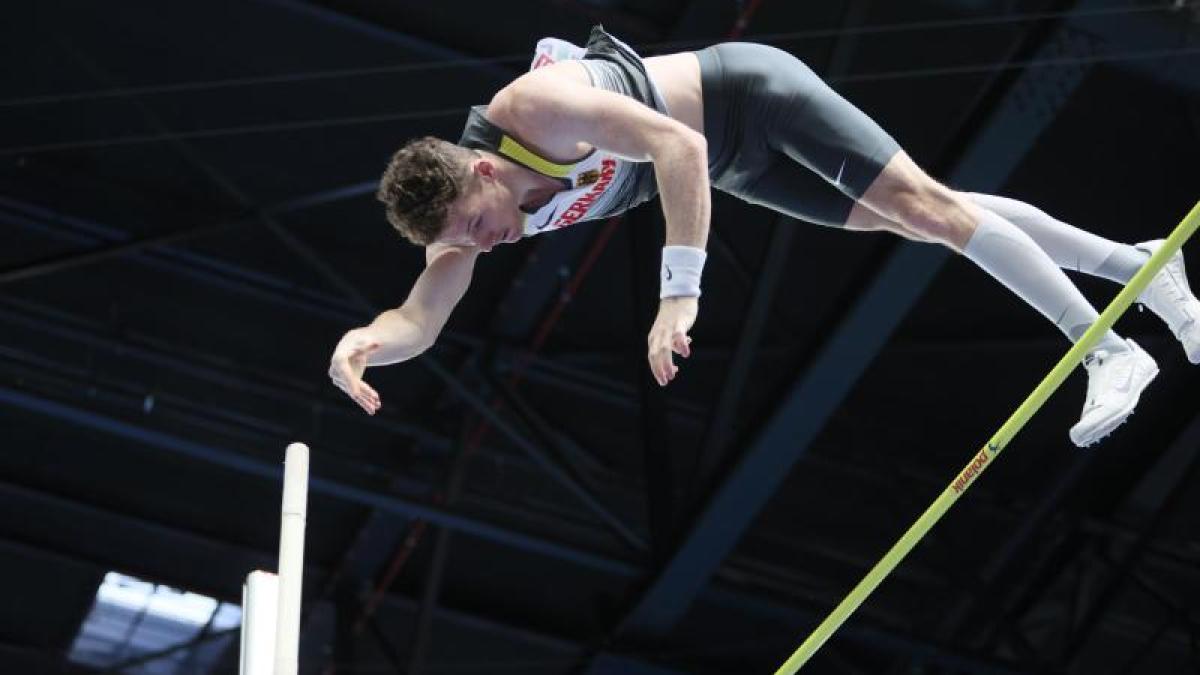 Marina Bech-Romantschuk from Bulgaria won the title, who was able to trump the German world champion by four centimeters.

The two-time “Sportswoman of the Year” Mihambo, with her 6.88 meter jump in her third attempt, was close to winning the tenth title of a German long jumper at an indoor European championship since Heide Rosendahl first won gold exactly 50 years ago.

In the last round she was unable to counter with 6.78 meters - and was far from her first seven-meter jump this winter.

"I'm not ready with my approach yet and still have to work on it," explained Mihambo.

Kevin Kranz came to Poland as the number one 60-meter sprinter in Europe and, as second in the European Championship, he can leave with satisfaction.

The 22-year-old police commissioner candidate from Wetzlar crossed the finish line in 6.60 seconds behind the Italian Lamont Marcell Jacobs, who set a world best with a time of 6.47 seconds.

Defending champion Jan Volko from Slovakia was third in 6.61 seconds.

"I'm not satisfied with the time, but I'm happy to begin with," said Kranz.

He had become a title contender when he set Julian Reus' national record with 6.52 seconds at the German championships on February 20.

Hanna Klein had a strong performance over 1500 meters.

The 27-year-old from Tübingen won the bronze medal with a courageous run in 4: 20.07 minutes.

«Before the last 150 meters I said to myself: Hanna, fuck it.

Just run and maybe it'll still work out to get to third place, "said the psychology student.

The 25-year-old from Leverkusen was only able to cross 5.60 meters on Saturday, tore three times 5.70 meters and finished ninth.

«I just didn't have a good feeling jumping.

And if I don't have that, it's fatal, ”he said after the unexpectedly early end.

Ex-decathlete Blech had increased his best performance to 5.86 meters this season and traveled to Poland as a medal contender.

In return, his club colleague Bo Kanda Lita-Baehre made it into the final fight without fail over 5.60 meters and Oleg Zernikel from Landau with 5.70 meters.

Information about the European Indoor Championships

DLV announcement on the hall DM