Alone on Mars: The robot “Perseverance” moved for the first time on its mission. With his six-wheel drive, he needed over half an hour for 6.5 meters. NASA celebrates. 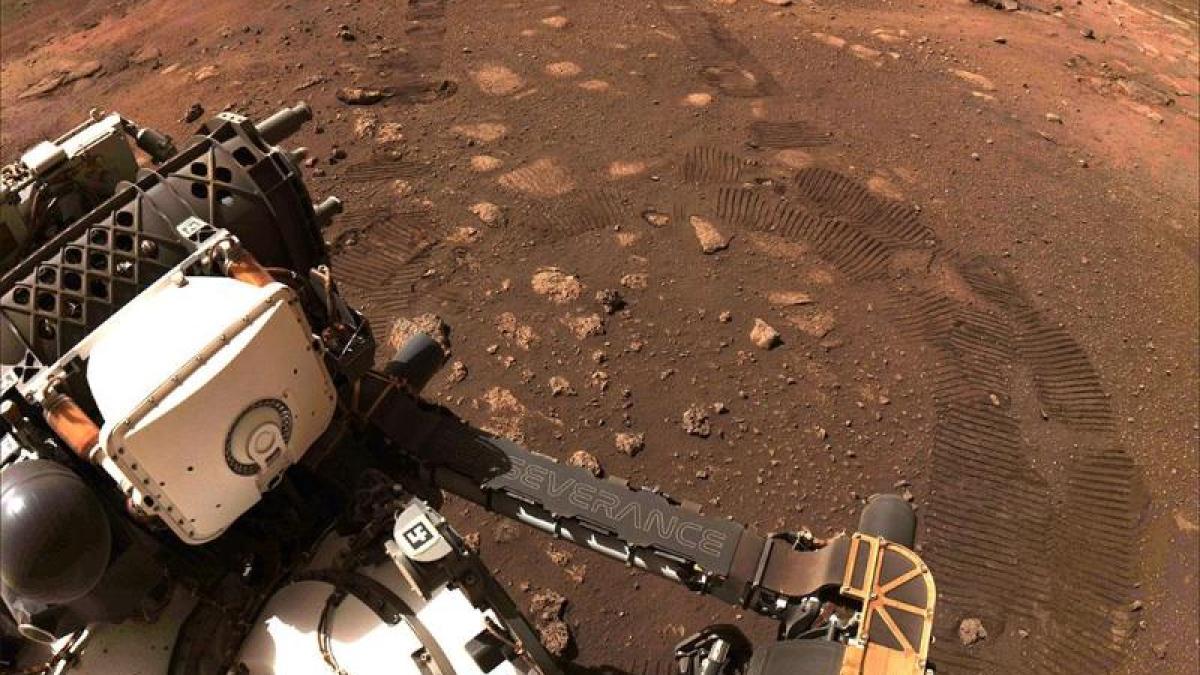 The Mars rover “Perseverance” has successfully completed its first tour on Mars.

According to NASA information on Friday, the vehicle covered a distance of 6.5 meters two weeks after landing on the Red Planet - and took a good 33 minutes on Thursday.

The ride was intended as a test for Perseverance (in German roughly “staying power”).

"We are now confident that our propulsion system is ready for use and can take us wherever science takes us over the next two years." When carrying out scientific experiments, the Mars vehicle should travel distances of around 200 meters.

“Perseverance”, weighing around 1,000 kilograms and the size of a small car, was touched down on February 18 after 203 days of flight and 472 million kilometers traveled in a risky maneuver in a dry lake on Mars.

The rover will examine this lake with a diameter of around 45 kilometers over the next two years.

Development and construction of the approximately 2.5 billion dollars (about 2.2 billion euros) vehicle had taken eight years.