It will be Pride Week this summer: "Planning for a parade"

After the pride parade was canceled last year as a result of the corona, it is now hoped that a physical parade will be carried out by the summer. From 9 to 15 August this year, it will be Pride in Blekinge. 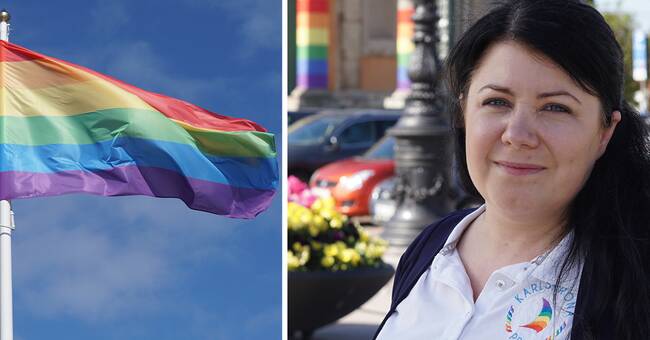 The association Karlskrona pride writes on its Facebook page, "Hold out, keep your distance, vaccinate you who can, we hope to see you this summer."

- We are currently planning in full to be able to carry out a traditional week and we hope that it will get rid of.

In the worst case, we will have to drive digitally again this year, but it will be Pride Week in some form in any case, says Pride General Sophia Ahlin.

The plan is also to carry out the long-awaited boat parade in Karlskrona, which was intended as a new addition last year.

Now they hope to have it for the first time from Fisktorget.

- It was the idea to have a boat parade already last year, but unfortunately that did not happen.

Pride parade in Sölvesborg - for the first time

During the same week, the plan is to hoist the rainbow flag and offer activities in the rest of Blekinge as well.

Last year, it was planned to carry out Sölvesborg's first parade, as a counter-demonstration after the municipality decided not to hoist the flag on City Hall any more.

Due to the spread of infection, the parade was canceled - but this year it is back again.

- We have a dialogue with the municipality and in that case it will be the first time it is done there, so we really hope it will be possible, says Sophia Ahlin.