Henryk was a boxing coach for the 22-year-old suspect

The 22-year-old who was arrested on suspicion of the act in Vetlanda trained boxing in Huskvarna for a period. His former coach Henryk Szymkowiak describes the young man as a promising boxing talent, but who could have a hard time controlling how hard he hit. - I lack words. I do not really understand that this has happened, says Henryk Szymkowiak. 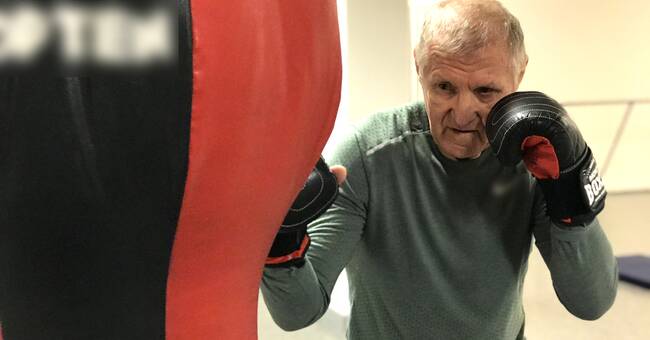 In an otherwise deserted boxing room, the 79-year-old sports profile stands and hits a sandbag.

It is Saturday morning and it has been a few days since the act in Vetlanda.

- I saw a picture of him on Facebook when he was arrested.

I was completely shocked, says Henryk.

For a few months, he was the suspected perpetrator's boxing coach.

At that time, the now 22-year-old man had not yet moved to Vetlanda.

Hard to hold back

A few years ago, Henryk received a request from the municipality of Jönköping to participate and train young people at the leisure center Forum in Öxnehaga.

It was there that he met the young Afghan man who is described as a bit shy but very motivated to train boxing.

- He did as I said and trained well.

But he could have a bit of a hard time holding back when he was boxing, which was noticeable when he was going to meet a beginner.

You can hear more about it in the clip above.