Even if it's not about the championship this time, another hot duel between Bayern and Dortmund is expected. The goalscoring duel between Lewandowski and Haaland is a big focus. It's also about a series by Hansi Flick. Often there were evenings with great emotions. 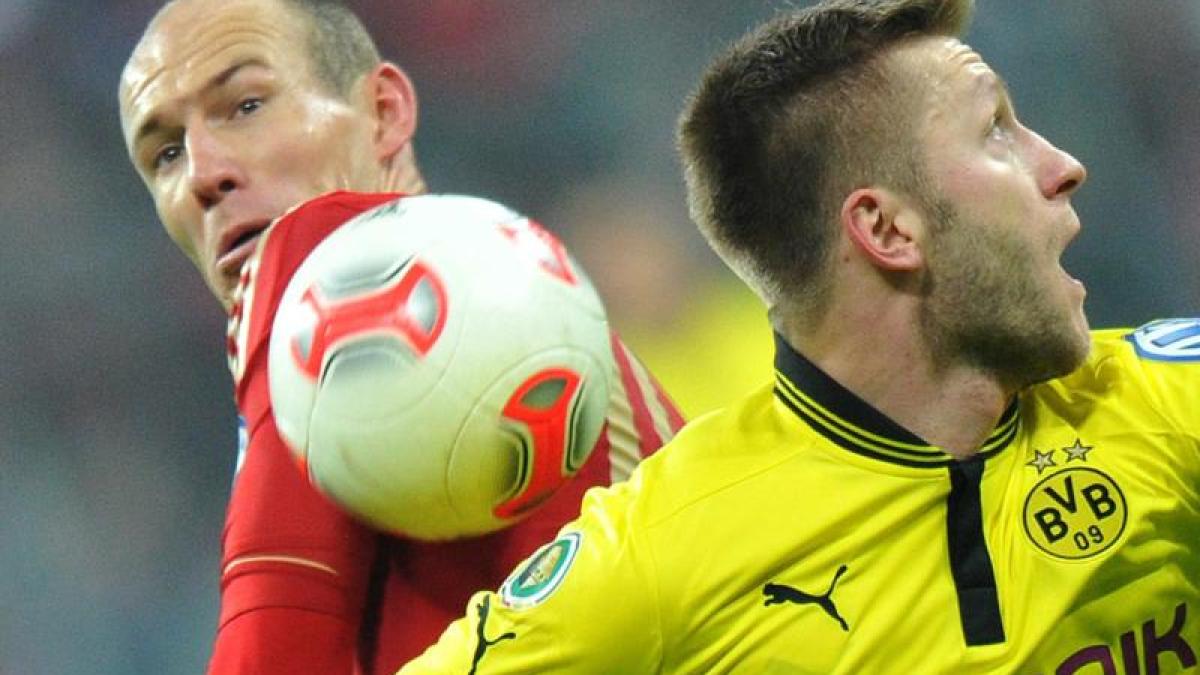 A look at notable duels.

BVB striker Frank Mill, later world champion, runs alone for many meters towards the empty goal, stumbles and shoots the ball against the post.

Mill is annoyed today by always being asked about the scene.

"I had to be fooled around every corner, even by my own teammates," he said.

April 19, 1997: The skirmish between the two 90s world champions Lothar Matthäus and Andreas Möller remains from an actually moderately exciting 1-1 draw in Dortmund.

By wiping off imaginary tears, Matthäus signals that he regards Möller as a crybaby, whereupon he grabs his face.

Matthäus later asserted that it was not personal, but also said about Möller: "You knew he was a player who couldn't take the hardship so well."

April 3, 1999: Bayern goalkeeper Oliver Kahn was always particularly motivated by top games like those against BVB.

On this April day, he seems to be mad.

First he tries to bite BVB striker Heiko Herrlich in the neck, then he jumps in kung-fu fashion towards BVB striker Stephane Chapuisat, who looks aghast.

Kahn later stated that he had been under pressure because of criticism and that after conceding a goal, the "cover of the kettle" had been blown.

"At a certain point in time I felt that the players were no longer reacting to the cards," said Strampe later.

November 9, 2002: BVB goalkeeper Jens Lehmann flies off, but BVB can no longer change.

So the 2.02 meter tall striker Jan Koller goes into the goal.

For 24 minutes - and remained without a goal.

The "kicker" then called him to the team of the day.

As a goalkeeper, of course.

He's starting with an incredibly young team (22.8 years on average).

May 12, 2012: The Dortmunders create the ultimate humiliation of FC Bayern - and have to atone for it later.

After the championship title in 2011 and the already certain defense of the title, BVB dismantled Munich in the DFB Cup final with 5: 2.

Bayern President Uli Hoeneß announced that he would show “where the hammer hangs”.

The Munich team then grabbed Mario Götze, Robert Lewandowski and Mats Hummels one after the other - and have always been German champions ever since.

Hummels and Götze, who has meanwhile moved to PSV Eindhoven, will return to BVB later.

May 25, 2013: The game that wrote German football history: For the first and only time, two German teams are contesting a Champions League final.

In London's Wembley Stadium, Dortmund is on a par.

When everyone is already preparing for an extension, Arjen Robben scores the 2-1 winning goal for the Munich team, who a year earlier not only suffered a bitter defeat in the cup final, but also in the Champions League final against Chelsea.

November 10, 2018: In what is perhaps the most spectacular classic in years, BVB triumphs 3-2.

In the end, Paco Alcácer ensures the winning goal and a seven-point lead for Borussia.

April 7, 2019: With a masterly show of power, FC Bayern stormed back to the top of the Bundesliga.

Curious: Despite the title gala, Bayern coach Niko Kovac has to fear for his job.

“There is no job guarantee at FC Bayern - for anyone.

That's a good thing, everyone has to deliver at Bayern, ”said CEO Karl-Heinz Rummenigge.

May 26, 2020: FC Bayern repels Dortmund's attack on its sole rule in the Bundesliga thanks to a stroke of genius by Joshua Kimmich.

Thanks to the national player's remarkable jack, the Munich team won 1-0 in the ghost summit against the closest pursuer.

At the end of the season there is the eighth championship in a row.

November 7, 2020: After the 3-2 win in the Supercup, FC Bayern also wins the league duel with this result against BVB.

These two games give BVB hope.