A Democratic representative in the US Congress filed a lawsuit against former President Donald Trump, the second that his supporters targeted him for "inciting the attack against the Capitol" by his supporters on January 6. 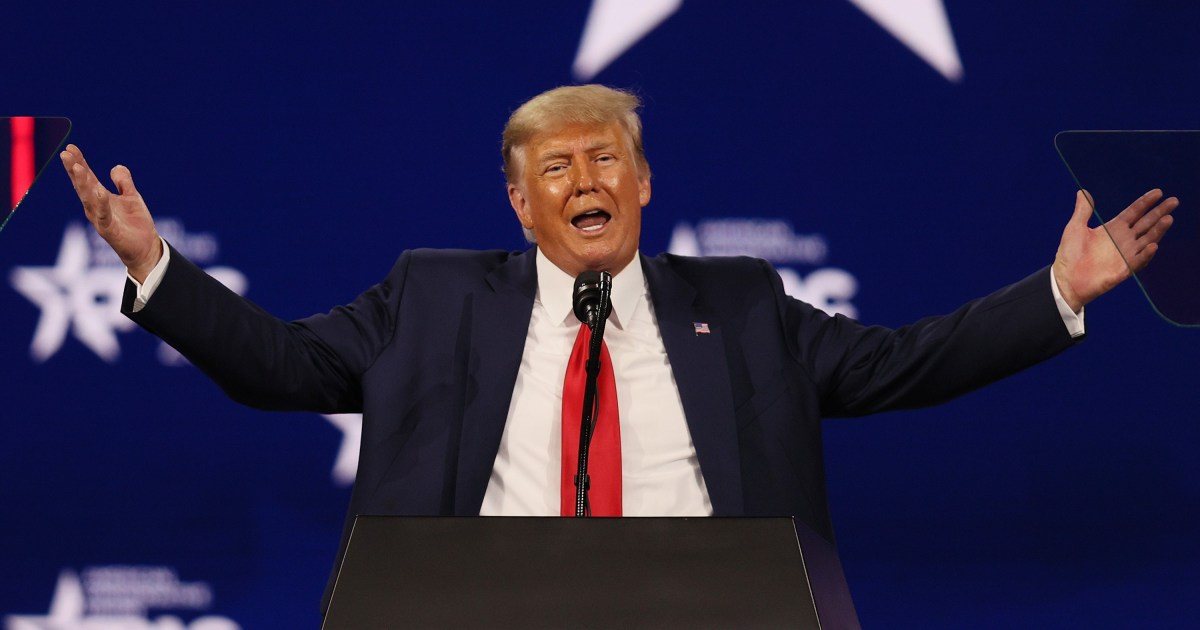 A Democratic representative in the US Congress filed a lawsuit against former President Donald Trump, the second that his supporters targeted him for "inciting an attack against the Capitol" by his supporters on January 6.

Rep. Eric Swallowell wrote, "Because of his inability to accept defeat, Donald Trump launched an open war on the peaceful transfer of power" to President-elect Joe Biden.

"He repeatedly lied to his supporters by telling them that the elections were stolen from them, and finally he called on his supporters to take to the streets of the federal capital, Washington," to demonstrate.

In a long speech before the White House, Trump told his supporters, "Fight like demons."

Swallowell's lawsuit in Washington also includes Donald Trump Jr., the son of the American billionaire, as well as his attorney Rudolf Giuliani and Representative Mo Brooks who spoke at the rally itself.

He said, "The defendants gathered and inflamed emotions and encouraged the angry crowd, and as such, they are entirely responsible for the damage and destruction that followed."

Donald Trump's spokesman, Jason Miller, responded in a statement to the Washington Post, describing Swallowell as "not having any credibility."

5 people, including a member of the Capitol Police, were killed in this attack on the building, as parliamentarians were proving Joe Biden's victory over Trump in the presidential election last November.

On February 13, the Senate acquitted Trump of "incitement to revolt," because he called on his supporters to march on Congress.

Trump never accepted the result of the presidential election, and spoke of massive fraud, but without providing any evidence.

Although he voted to acquit him in the Senate, considering that this House is not qualified to stand trial, the influential Republican leader in the House, Mitch McConnell, affirmed that the path to prosecutions remains open.

So far, more than 300 people have been arrested in connection with the attack on the Capitol, the latest of whom was Guillermo Klein, a former State Department member appointed by Trump to one of the positions there.

Following a review of a video related to the January 6 attack, the FBI Thursday arrested Klein, who had resigned from his post on January 19, the day before Biden was installed as president.

In a complaint obtained by The New York Times, an FBI agent claimed that the video showed Klein attacking police officers with a riot shield.

Klein has been working as a special assistant at the State Department since 2017, according to the New York Times, and he is considered the first member of the Trump administration to be directly charged in connection with the attack on the Capitol.