US, Biden appoints Tim Wu as special advisor for technology and competition 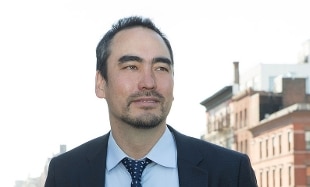 The decision to appoint the jurist known for his criticism of Big Tech's excessive power is widely supported by the progressive and anti-monopoly wing of the Democratic Party.

And it suggests, according to the New York Times, the administration's intention to pay attention to the reach and influence of companies like Amazon, Apple, Facebook and Google.

A law professor at Columbia University and a "bugbear" for the social and hi-tech platforms Amazon, Apple, Facebook and Google, the appointment of Tim Wu as special advisor to the president for technology and competition could create disturbances among American giants.

Its name is a confirmation of the campaign to combat the Big Tech monopoly already launched by the administration of Donald Trump.

Last year Facebook and Google were accused of violating antitrust laws, while Amazon and Apple are still under the lens of the US competition supervisor.

Wu, 48, a New York Times commentator considered one of the foremost tech-savvy people, has in the past voiced positions that have troubled social media.

The professor has warned several times about the consequences of a strong concentration of power in the hands of a few companies.

"This - he wrote in 2018 - can cause severe inequalities and material suffering, as well as fuel the appetite of nationalist and extremist leadership".

From here the proposal was launched to promote the stew of Big Tech like Google, Amazon and Facebook, in the name of greater competition.

Democratic presidential primary candidate Elizabeth Warren had made it one of her workhorses.

Wu condemned social platforms for failing to keep their promise to protect the personal data of millions of users and for encouraging the spread of disinformation.

Confirming that his appointment is a signal for Big Tech, came the comment of the White House spokesman, Jen Psaki, who today reiterated that President Biden "is against the abuse of power, and this also includes the big technology companies and their top management ".