The women’s message has caused a harsh aftertaste. The ugly underperforming Sweden has been ridiculed. 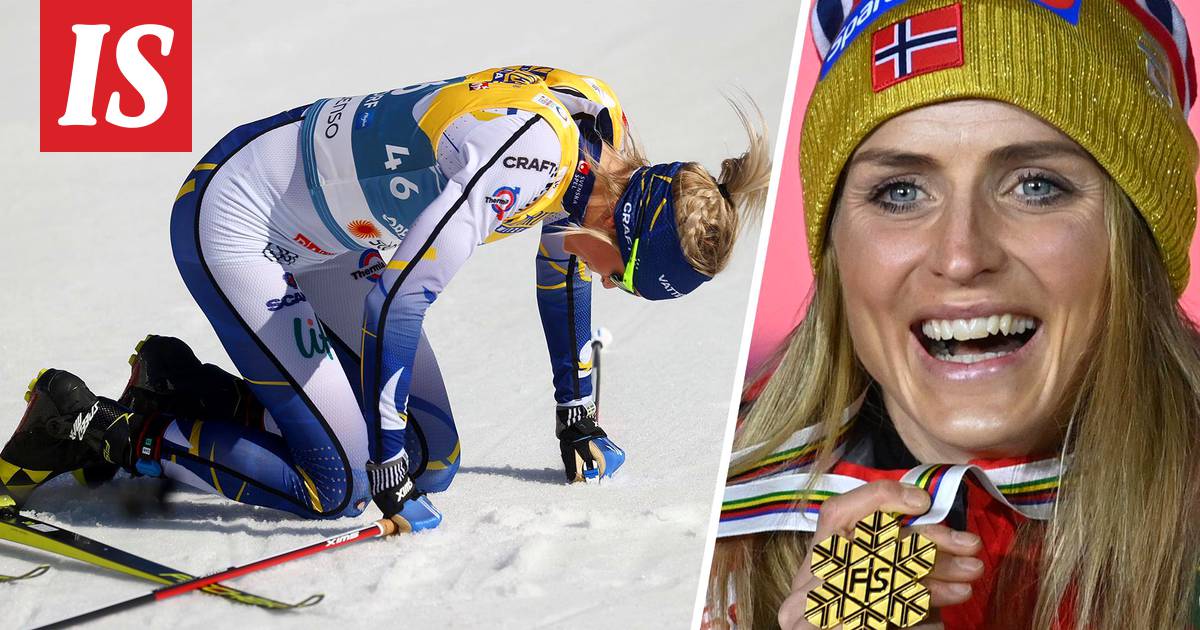 They considered themselves the number one favorites and Norway the underdog.

Perhaps the furthest went to Aftonbladet journalist Petra Thorén, who called Therese Johaug as a coward because she did not “dare” to face Swedish star Frida Karlsson on the anchor leg.

The responsibility was borne by the inexperienced 19-year-old Helene Marie Fossesholm.

- The only Norwegian who has the opportunity to drop Karlsson is Johaug.

But the veteran, the brightest star on the team, who is on his very own level, decides to send a junior on duty, Thorén wrote.

Karlsson also took part in the verbal flare before the race.

He ordered the shops to be closed and the trains to be stopped for the duration of the message so that everyone could follow the Swedish feast.

When the day of the message came, Sweden dived ugly.

The team, which suffered from bad skis, missed out on Norway for two minutes and finished sixth.

The stomach was described as a nightmare and a fiasco - whatever it was.

The Norwegian women who celebrated the championship got their revenge.

They playfully spectacularly in front of the disappointed Swedes, which heated up their emotions.

First on the track and then on the word preserve, thorén throwing daggers at the target.

- He has to stand behind his words.

If he feels that I'm a coward and Ola Morten (Norway's head coach, topic choices made Iversen) is a coward, he needs to accept criticism, which can be obtained, in Oberstdorf and won three gold medals in the Norwegian VG noted for.

And Thorén has indeed felt her bold alignment in her skins.

According to VG, he has received more than a hundred hostile contacts from angry ski fans about the appointment.

Eventually, Johaug was also able to respond to the Swedish insult’s initial insult.

The message was unambiguous.