The CDU challenger actually had to score points in the only TV duel in the Corona election campaign against the popular Prime Minister. The SPD had previously caught up in surveys and pushed past the CDU. 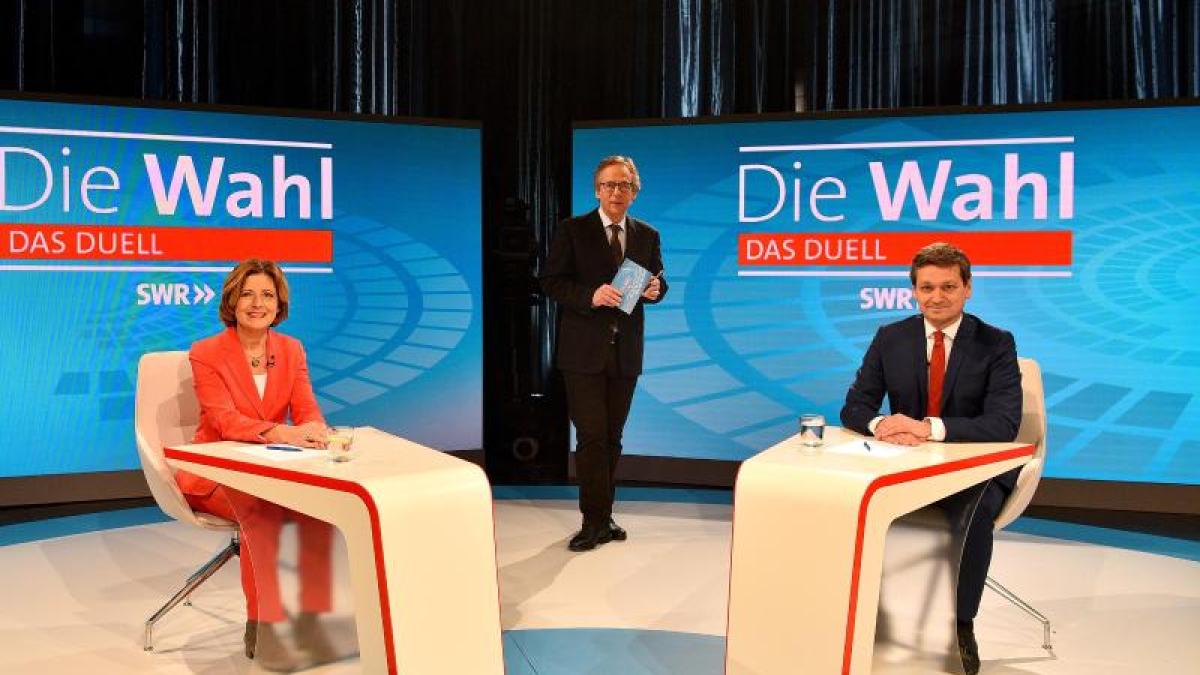 Mainz (dpa / lrs) - CDU challenger Christian Baldauf was under a lot of pressure before the TV duel.

The state parliament will be elected in nine days, and the SPD, with its popular Prime Minister Malu Dreyer, is gaining approval in surveys.

According to experts, there is no sign of a change in mood, and the CDU is also receiving pressure from free voters that are unexpectedly strong for Rhineland-Palatinate.

At the beginning, Dreyer highlighted the successes of her government in combating the corona pandemic, which, together with Schleswig-Holstein, has the lowest incidence in Germany and the highest second vaccination rate in Germany.

She criticized Baldauf for his attacks on the state government's vaccination strategy.

He countered that more than 100,000 over 80-year-olds still had to be vaccinated.

The fight against the pandemic was also the main topic of Dreyer's closing remarks, as well as climate, equal opportunities and cohesion in society.

She was particularly passionate in the hour-long TV duel on the subject of school and health.

There was no real news, the arguments were widely known.

Dreyer ended up with almost five minutes more speaking time on her account.

"The seasoning lies in brevity," countered Baldauf, who remained vague on many points.

"We live at the point in different federal states," said Dreyer of Baldauf's criticism of the economic, university and transport policy of the state government.

The challenger also criticized the municipal financial policy and the situation at Hahn Airport and promised to create a start-up and innovation center at the airport instead of relying on investors from China.

Until the new regulation of financial equalization, the municipalities needed a financial injection that they would get from the CDU after an election victory.

Soon Dreyer was more aggressive in tone, called her a "colleague", demanded that she should do "her homework", accused her of "facade and symbolism".

On the subject of climate change, she stated that she had not heard any response from Baldauf on how to deal with it.

Soon, his vision for the future remained vague at the end in the short closing argument and appealed to the voters: "Democracy lives from change."

Rules for the TV duel