Violence linked to the arrest of Ousmane Sonko on Wednesday continues in Senegal. The opponent accused of disturbing public order was taken into police custody. The tension remains high in Dakar this ve ... 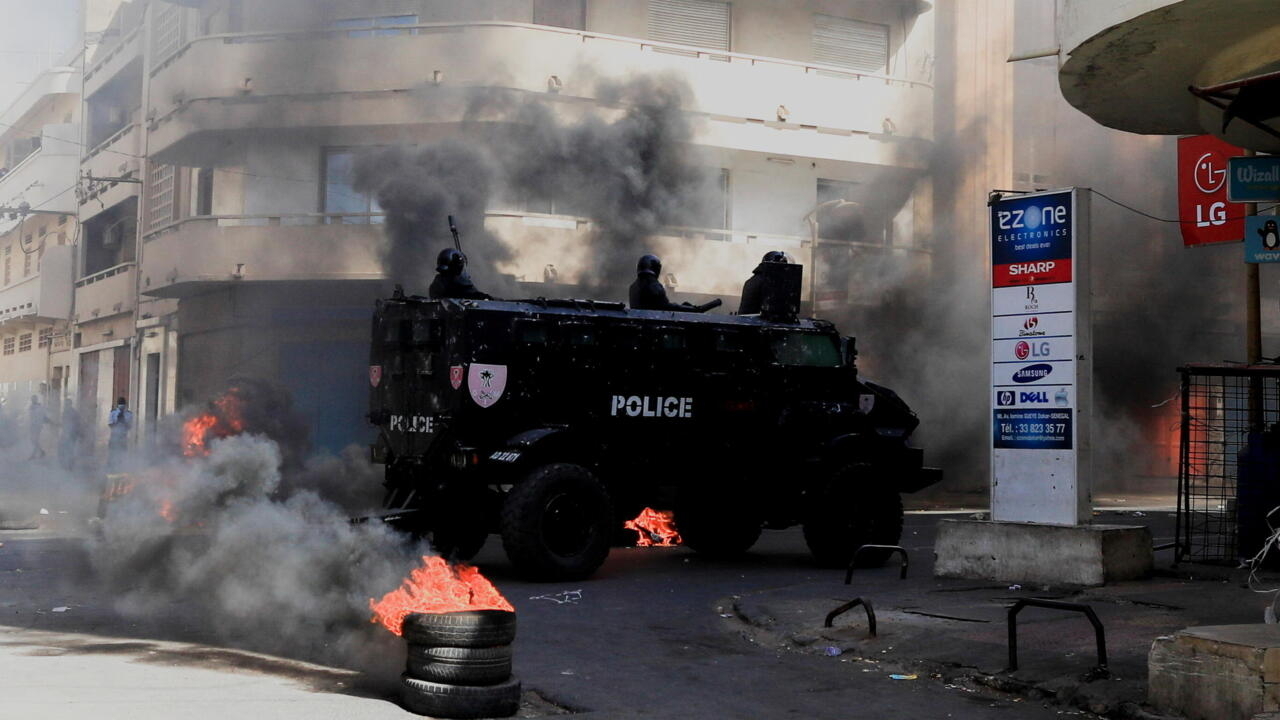 Violence linked to the arrest of Ousmane Sonko on Wednesday continues in Senegal.

The opponent accused of disturbing public order was taken into police custody.

The tension remains high in Dakar this Friday evening.

This Friday evening, the situation very volatile, with rallies of demonstrators in various sectors.

A call for a march for "

the defense of democracy

" - the slogan - was launched this afternoon in the city center, with the objective of Soweto Square, near the National Assembly, but those who have attempted to approach them were dispersed with tear gas by the police and gendarmes of the GIGN.

The crowd then dispersed in the adjacent streets shouting "

we are walking for our dignity

we are fed up

All downtown businesses are closed, no traffic, and a palpable tension, with regular group movements in different neighborhoods.

Incidents were reported throughout the day, at Cheikh Anta diop University, in the Medina, towards the Place de l'Obélisque, in Colobane, burnt tires on certain axes, clouds of smoke, pick-ups. unregistered ups loaded with young helmets.

At the same time, stores were still looted, including Auchan supermarkets - and buildings attacked.

A deleterious atmosphere therefore, but no reaction from the authorities since a government statement Thursday evening, to denounce the violence, and recall the state of health disaster.

The Y'en a marre movement, which had - among others - called for mobilization this afternoon, announced the arrest of two its members, rappers Thiat and Kilifeu.

Note the reaction of the UN Special Representative for West Africa and the Sahel Mohamed Ibn Chambas, who calls for calm and restraint and urges the authorities to take the necessary measures to "

Several cities of the interior theater of scenes of anger

In some localities, public buildings have been ransacked.

But overall, the afternoon protests went off without major incidents.

This Friday morning, in Saint-Louis (north), students left their school benches to demonstrate in the streets.

They tried to block access to the Faidherbe bridge, causing clashes with the police.

According to several sources, young people then set fire to the headquarters of the RPA, the president's party.

Scenes of anger were also reported in the south of the country: in Bignona, the prefect's house was ransacked.

In Sédhiou, the governance, the town hall, the inspectorate of the academy and the Water and Forests building were vandalized by groups of young people.

It could have been a peaceful demonstration, but young people ignore that the administration works for the good of all

", regrets Souleymane Diallo, a teacher who deplores the destruction of public and private property.

In Ziguinchor, a gas station was set on fire by young demonstrators.

Despite these tensions noted in the morning, supporters of Ousmane Sonko then marched in peace, singing the national anthem, until governance.

A march which was supervised by the police and the army.

Ousmane Sonko back in custody

A warrant of arrest had been issued, he was taken very early this Friday morning at dawn, according to his defense, to the Dakar courthouse to be presented to the dean of the investigating judges who took over the case concerning the prosecution. of rape with death threats - since the examining magistrate initially in charge of the case had relinquished the case the day before.

His lawyers say they were denied access to the office of the senior judge.

According to his defense, the judge notified him of the grounds for indictment - rape and death threats.

A new convocation is scheduled for Monday.

And Ousmane Sonko was brought back to the research section of the gendarmerie, where he remains in custody, in another procedure, that for "

" during his journey to court on Wednesday.

We can still hear sirens and cries this Friday evening in Dakar, it is difficult to predict what will happen next.

A statement by the Minister of the Interior is announced at 8:30 p.m.