Mick Schumacher's first Formula 1 car is painted white, red and blue. 30 years after father Michael, son Mick will make his Formula 1 debut. He can no longer wait for the season to start. 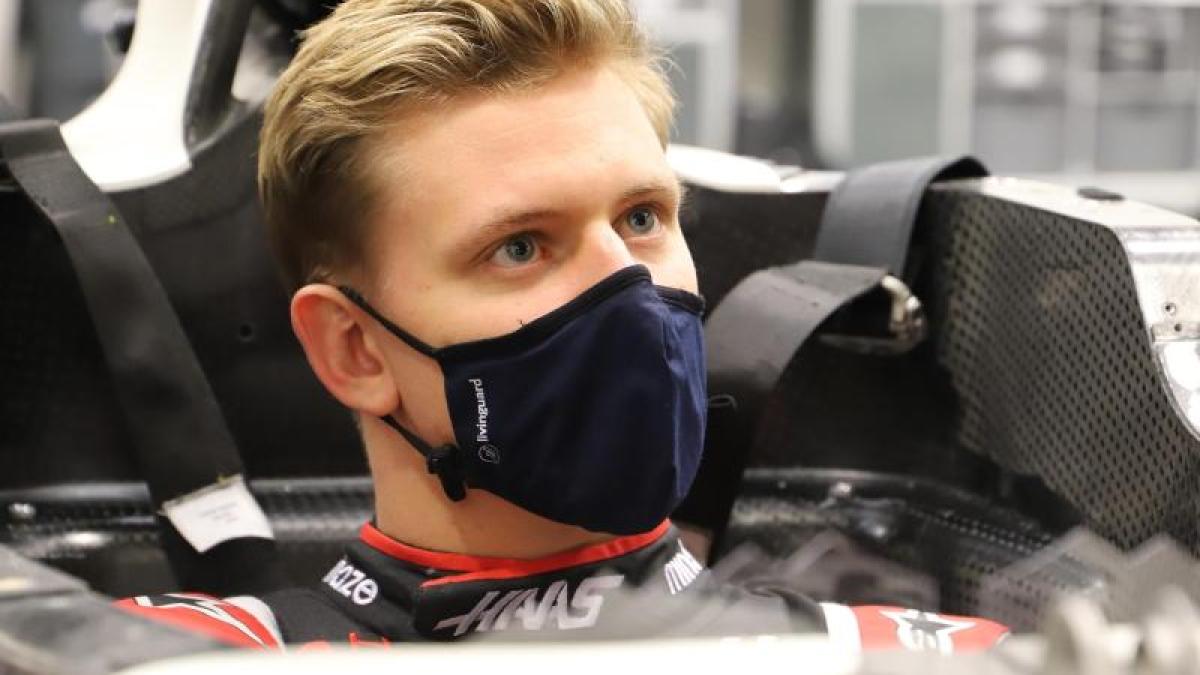 Banbury (AP) - Mick Schumacher starts his first Formula 1 season in Russian colors of his freshly painted hair and with a huge zest for action.

"I'm going to work my ass and want to give everything I can," announced the son of record world champion Michael Schumacher after the presentation of the new Haas racing car on social media.

The VF-21 of the US racing team has white as the basic color, and elements are red and blue.

At the same time, however, the backbench team introduced the Russian mining company Uralkali as the new title sponsor, which produces potash fertilizers on a large scale and is run by Dimitri Masepin.

The Russian is the father of Mick Schumacher's new teammate Nikita Masepin.

“We have two very hungry drivers who are fighting for every detail.

We want to move the team forward, ”said Schumacher, who will start with the number 47 and who will present his new car to the public for the first time before the start of the official test drives on March 12th in the desert state of Bahrain.

"I'm very excited and really looking forward to finally getting started," he said.

Before the start of the test and the first Grand Prix in Bahrain on March 28th, Mick Schumacher still has a lot of work to do.

He trains six days a week to make himself physically fit for the upcoming XXL challenges with a record calendar of 23 races.

For his new drivers, it is now like “going to school”, Steiner said of the learning processes and workflows.

“It's much more complicated than everything that was before.” Mick Schumacher, however, assured him once before: “I've sorted my thoughts.

Schumacher family: The apple doesn't fall far from the tree

30 years after his father Michael's Formula 1 debut in Belgium in 1991, it is now son Mick's turn.

The 21-year-old copes with the burden of the big name.

"I am very happy to have this surname and also proud to take it with me in Formula 1," he said of the expectations associated with him.

Just as Michael Schumacher, who has been shielded from the public since his serious skiing accident at the end of 2013, once supported the young Sebastian Vettel, Vettel also wants to do the same with his famous son.

The Aston Martin driver would like to assist Mick with words and deeds.

At the same time, the 33-year-old Vettel warned: “We shouldn't expect too much from him, a lot will rain down on him.

Mick Schumacher enters the race "with a grin"

Haas works with Ferrari, but the US team's resources are manageable.

The clammy racing team, which was only penultimate in the constructors' championship in 2020, has long been focusing on 2022 with the new regulations.

"It is no secret that the VF-21 is not being developed any further because we are already directing our energy towards the 2022 car," admitted Haas team boss Steiner.

"But we have to make sure that we take advantage of the opportunities that will arise."

To be there when it matters - that's what Mick Schumacher also wants.

With ambition and great pleasure.

"I am convinced that I will get out with a grin and butterflies," said Schumacher about his first Formula 1 race.