Headlines: Health crisis, Bolsonaro asks Brazilians to stop "complaining" President Bolsonoro during a press conference in Brasilia, March 5, 2021. AFP - EVARISTO SA Text by: Stefanie Schüler Follow 4 min Publicity Read more The name of Jair Bolsonaro is this Friday on all the headlines of Brazilian dailies. It is even a real storm of indignation which blows on the press of the country. In qu 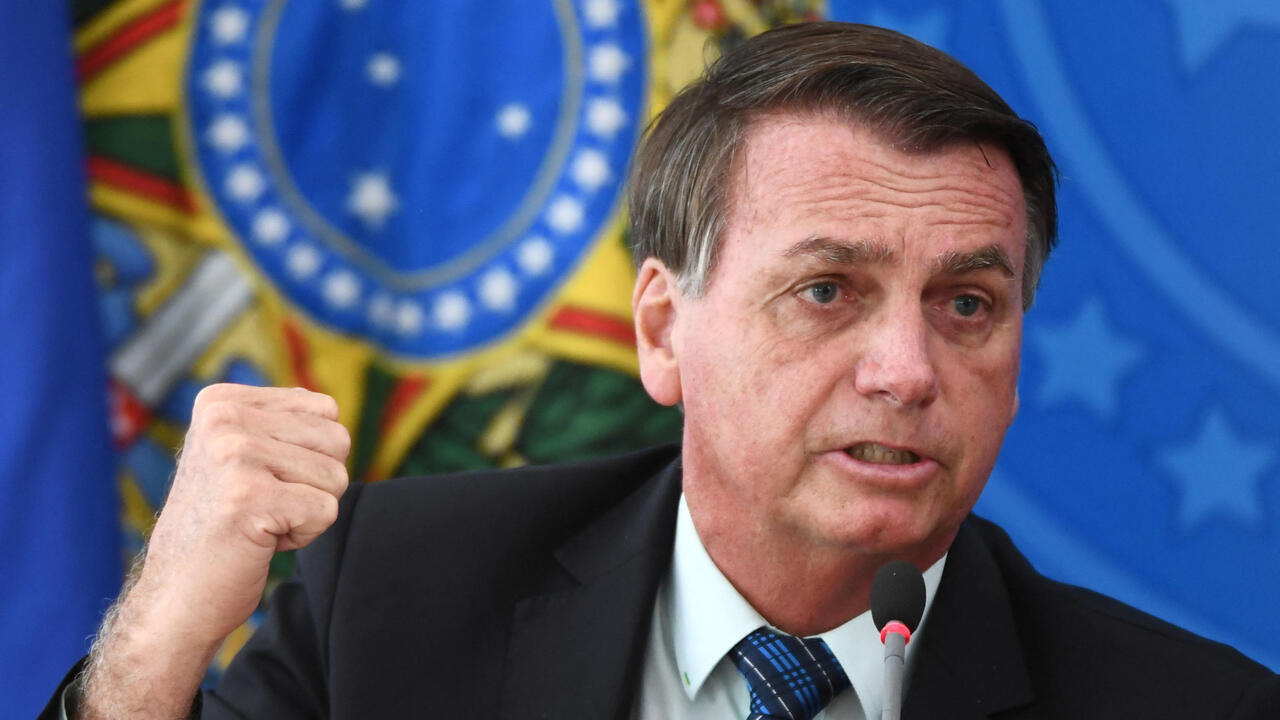 The name of Jair Bolsonaro is this Friday on all the headlines of Brazilian dailies.

It is even a real storm of indignation which blows on the press of the country.

In question: the remarks made yesterday by the Head of State.

A Jair Bolsonaro visibly very angry with the new containment measures, decided in several states of Brazil to avoid a health disaster.

We have to face our problems.

Until when are you going to complain

What will become of Brazil if we decide to stop

»Launched the head of state.

Jair Bolsonaro's reaction is not, however, unusual,

Whenever the president is cornered, he makes sweeping statements to please his electoral base.

no one is fooled

"Exclaims the columnist of

Jair Bolsonaro was elected by 57

But the lives of his more than 200

million compatriots are completely equal to him

The president is personally responsible for these mass graves hastily dug to accommodate the coffins of Brazilians who die every day, 1 every 46 seconds

goes even further and accuses Jair Bolsonaro and his Minister of Health, "

both directly guilty of a genocide disguised as inertia

And the newspaper to support the governors and mayors who find themselves in the sights of the same president.

They are now the ones who have the task of preventing chaos.

The President of the Republic, from the start, has replaced concrete action with the verbiage of propaganda

Cuba: third and final phase of clinical trials of the Soberana vaccine

which specifies in the process that "

the Cuban government has not yet published the data previous phases

Other countries, such as Mexico and Jamaica have already expressed interest in purchasing the Cuban vaccine.

The National Assembly, where elected Chavistas are now in the majority, will use the legislative ground to consolidate the power of Nicolas Maduro

The daily takes as proof the first laws presented this week, 35 in all, and which aim, among other things, to "

What Chavismo is trying to do is to create a legal framework for censorship, repression and the hegemony of government communication

," declares, in the columns of the newspaper

But that's not all:

proposals for laws on the organization and participation of citizens.

If this reform passes, it will be neither more nor less the first step to eventually eliminate the governors and mayors and therefore the current power structure

In the news: new death record in Brazil, hospitals saturated

Covid-19: Brazil on the brink of health collapse