The electricity price often fluctuates strongly on the electricity exchange. The suppliers should offer tariffs in which consumers benefit from low prices. 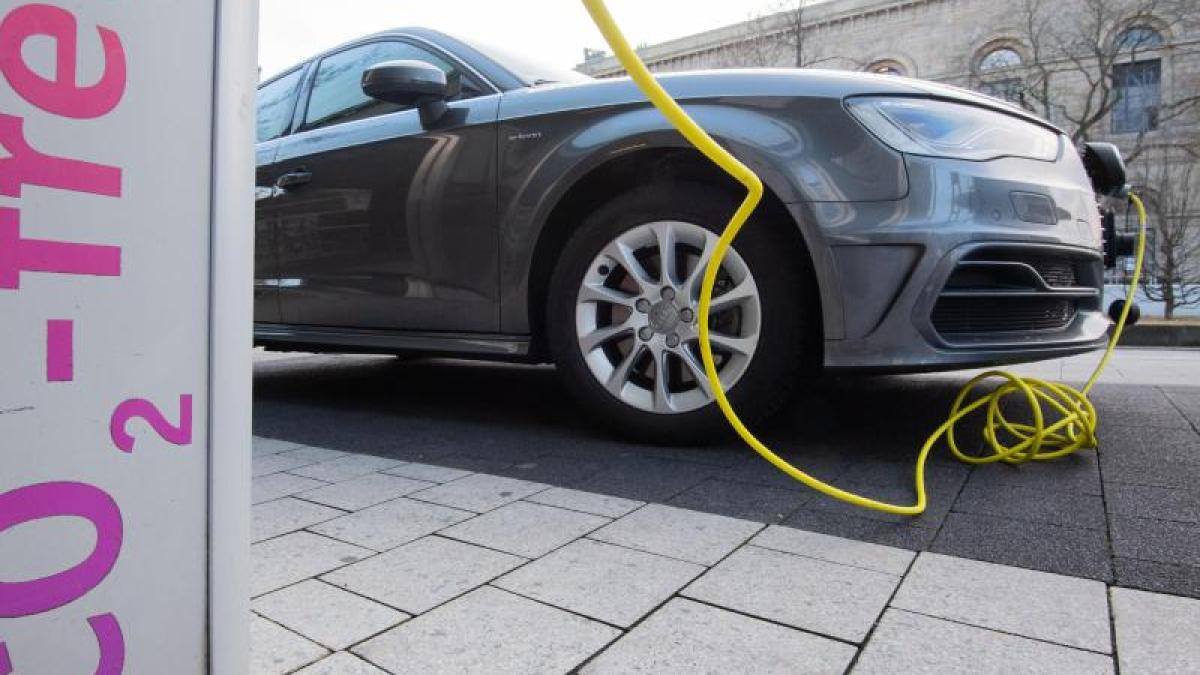 Essen (dpa) - The number of new electric cars in Germany has increased significantly in recent months.

In January and February alone, almost 35,000 pure battery electric vehicles were registered - more than twice as many as in the same period of the previous year.

By the end of 2021, a million electric vehicles could be on the road, as Henning Kagermann, head of the National Platform for the Future of Mobility (NPM) recently told the Handelsblatt.

In this number, however, the plug-in hybrids criticized by climate protectors as sham packs are included.

And because the cars are usually charged at home, many of their owners buy a charging station for their own garage - as when buying an electric car with substantial financial support from the state.

The federal government recently increased its funding by 100 million to 400 million euros.

According to the Federal Ministry of Transport, around 300,000 applications for a grant have been received so far.

But just having a wallbox like this for charging is not enough.

A cheap electricity price is also important for the further expansion of electromobility.

This should also be ensured by dynamic tariffs that follow the ups and downs on the electricity exchange and pass on the usually lower prices to consumers at night.

Such tariffs could be "cheaper to charge the electric car at night instead of shortly after work," said Federal Minister of Economics Peter Altmaier (CDU) with a view to the draft for the new energy law.

The law is intended to oblige suppliers to offer such flexible electricity prices, which could also save money with heat pumps for heating.

But such offers are still hard to find.

Because in order to be able to flexibly shift your electricity consumption in times of low stock market prices, you need an electricity meter known as a smart meter that can be connected to the Internet.

And these intelligent measuring systems are still hardly widespread in Germany.

The comparison portal Verivox has examined the offers of the basic suppliers in the 50 largest cities in Germany and only found time-variable electricity tariffs for intelligent metering systems in 8 of them.

Most of the offers are a tariff that is also common for night storage heaters.

A higher electricity price is due during the day and lower at night and on weekends.

And in terms of price, too, they are “not yet particularly attractive”.

According to the VKU municipal utilities association, smart meters are the bottleneck for flexible electricity tariffs, mainly due to the lack of technical approvals.

"Of all things, the technology in the field of intelligent electricity metering, which is necessary for applications of flexible electricity prices in practice - i.e. controlling and switching heat pumps, battery storage systems or electric vehicles - has not yet been certified by the Federal Office for Information Security."

The desire for flexible electricity tariffs is calling new providers onto the market.

For example, the start-up Tibber, which promises electricity from renewable sources at a purchase price.

Instead of adding a fixed amount to every kilowatt hour like most electricity suppliers, Tibber charges a usage fee of 3.99 euros per month, regardless of the amount of electricity used.

«Customers without a smart meter pay the average monthly price that we paid on the electricity exchange.

For customers with smart meters, we calculate the electricity price on an hourly basis. "

You must "create a clear, consumer-friendly framework and make specifications for the transparency of car electricity and heat pump tariffs," demands Udo Sieverding from the consumer center in North Rhine-Westphalia.

"Providers with colorful marketing in particular benefit from the current confusion, but by no means do the best tariffs."

For consumers without an electric car or heat pumps, the potential for savings through flexible electricity prices is very limited.

The VKU puts the savings potential for a standard household at around 20 euros per year.

You see it that way with the comparison portal Verivox.

“Even if households wanted, a large part of the electricity consumption cannot be shifted into the night,” says energy expert Storck.

This applies especially to power guzzlers such as the refrigerator or electrical hot water preparation.