Corona rapid tests in companies: For some companies a measure to get through the pandemic. Other companies see the tests as a stumbling block. 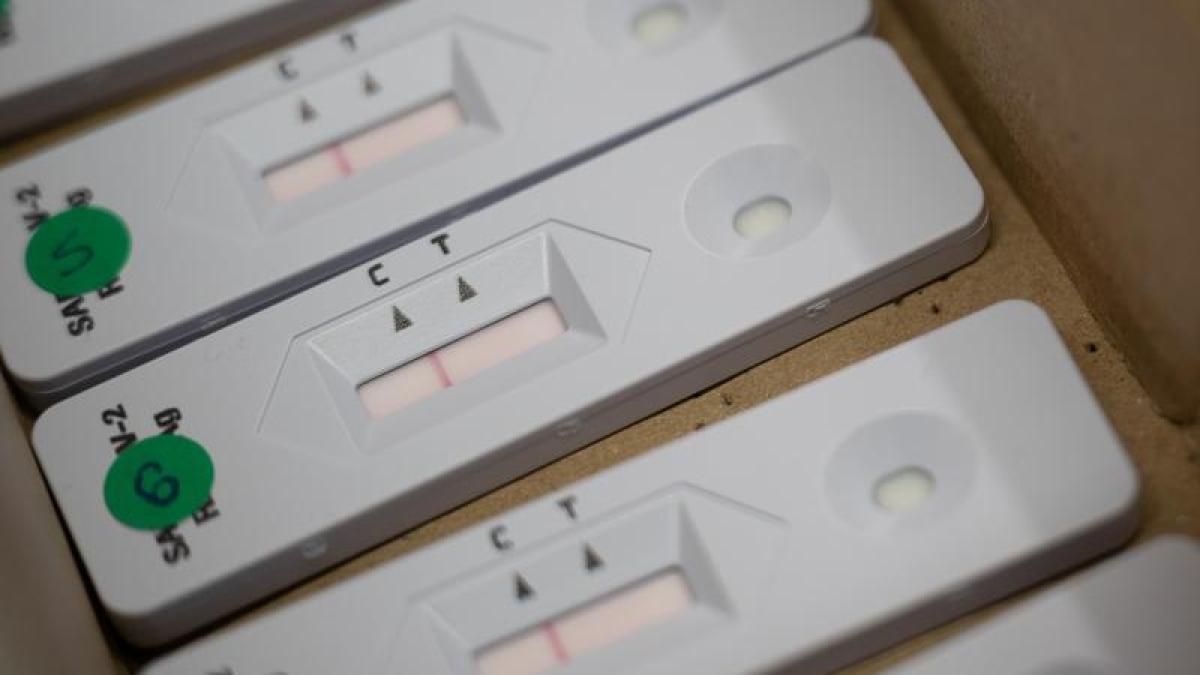 Cottbus (dpa / bb) - For companies and associations in Brandenburg, corona quick tests and self-tests are an opportunity for openings and loosening in lockdown - but according to a survey by the German press agency, they also have concerns.

Rapid tests are currently being used selectively, but not yet on a large scale.

The chemical company BASF at the Schwarzheide site sees such rapid tests rather critically.

Experience has shown that mass tests have no additional benefit, said a spokeswoman for the company in Schwarzheide.

Due to the size of the location, a high number of false positive test results can be expected.

These would have to be confirmed externally by means of a PCR test and thus lead to an additional burden on the test centers.

Consistent compliance with hygiene and distance rules as well as the offer for mobile working are already successful, the company said.

In addition, the rule in Schwarzheide is that employees with cold symptoms consistently stay at home.

On the other hand, according to the company, rapid tests have been carried out by the company doctor at the energy company Leag since last year.

In a suspected corona case, there is also the possibility of creating clarity with a rapid antigen test, reported Leag spokesman Thoralf Schirmer.

The company doctor and her team have now carried out a few hundred such tests.

In the beginning, according to Schirmer, only personnel who work in shifts in the power plant and open-cast mine were tested.

In the meantime, all employees have been tested - even if they have mild symptoms that could be caused by a normal infection or if the question of an initial contact has not been clarified.

According to Leag, Polish and Czech employees of the LEAG subsidiary TSS who come across the border have also been tested since January.

Höffner Möbel in Cottbus-Willmersdorf has been testing every Monday for two and a half months.

The quick tests would be carried out by trained external staff before the start of work, said a spokesman in Cottbus.

The Spreewald Therme in Burg (Spree-Neisse) hopes to open soon and will then also consider rapid tests for the 140 employees.

An employee trained to carry out tests will then be deployed when the opening is open, said managing director Torsten Feiereis.

He still has no idea what it would cost and how often it would have to be tested.

"We are not shirking our responsibility and would certainly take on some of the costs," he said.

The introduction of an app for contact tracking is also being considered to supplement the hygiene concept.

The catering industry in Brandenburg does not believe in rapid tests.

But I don't believe that it works in practice, ”said the President of the Brandenburg Hotel and Restaurant Association, Olaf Schöpe.

For larger companies it could be a possibility, for the many small companies in Brandenburg this is rather out of the question.

The human resources would not be able to do that either.

Instead, he suggested self-tests before going to a restaurant or hotel.

Having ordered a table so that you can queue up for a quick test for hours beforehand takes away the fun for the guests.