In Burma, while protests and repression continue, international sanctions are increasing and the United States is announcing a new round of sanctions in an attempt to control… 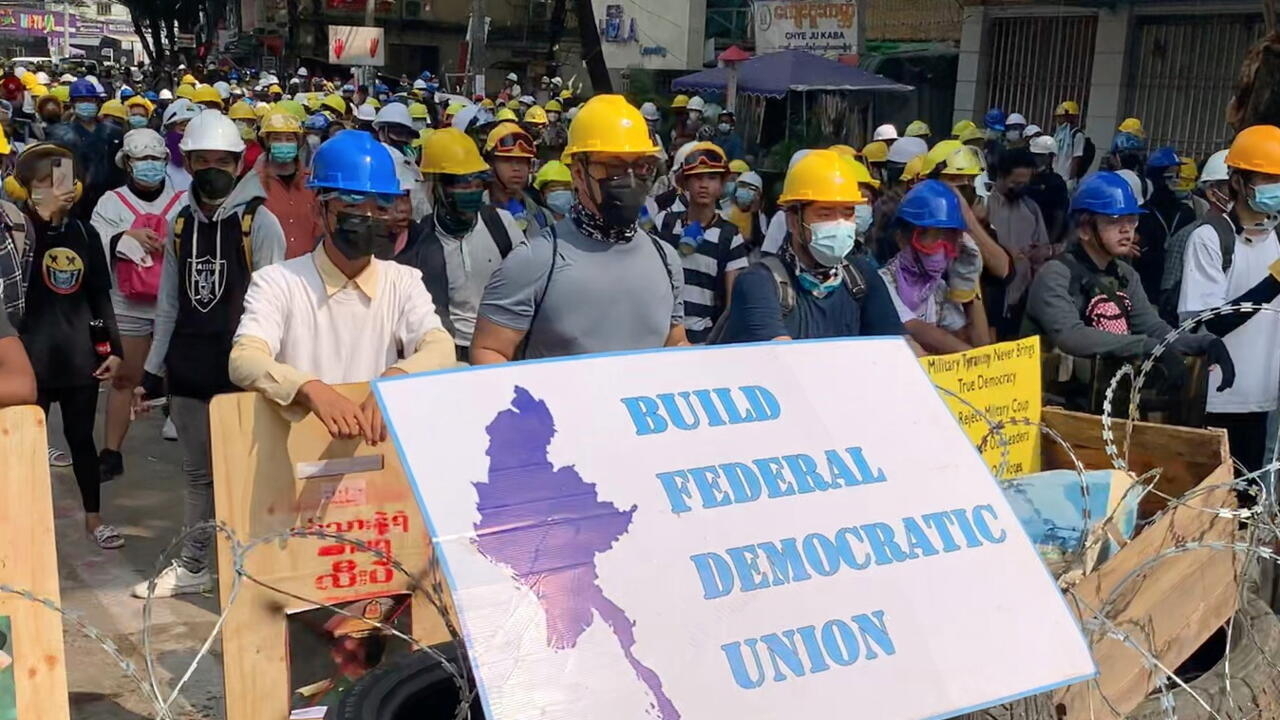 Demonstrators in the streets of Rangoon, March 3, 2021. via REUTERS - SOCIAL MEDIA

In Burma, as protests and repression continue, international sanctions are increasing and the United States is announcing a new round of sanctions in an attempt to thwart the plans of the military in power.

Canada, the European Union and Great Britain announced sanctions targeting the military this week, and in the latest move, the United States is blacklisting the Burmese Defense and Home Ministries, deemed "

responsible for the coup

", as well as two commercial entities which hold the strings of the Burmese economy.

And this affects their real estate interests as well as the beer business.

Washington is also imposing tighter controls on exports, forcing American suppliers to apply for more than difficult to obtain permits to slow trade with the junta.

The Federal Bank of New York revealed yesterday, Thursday, March 4, that just days after the coup, the United States had prevented the military from emptying a billion dollar American bank account.

Junta leaders have apparently tried to move funds to limit their exposure to international sanctions.

Sanctions which in any case are unlikely to have a real impact.

" it would be necessary, according to experts, to directly attack the financial assets of the military.

In addition, YouTube has just removed five channels controlled by the Burmese army from its platforms, a gesture similar to that of Facebook in February, in order to limit the propaganda of the coup plotters.

The UN, very discreet on the Burmese file, in search of a consensus

Burma: another murderous day for protesters

Burma: "The tactic used is not accidental: we want to kill people"

The Burmese mourn young Kyal Sin and take to the streets