The first foils are on the asparagus beds in Saxony-Anhalt. The harvest could begin soon. However, the experiences of the past year arouse fears among farmers. 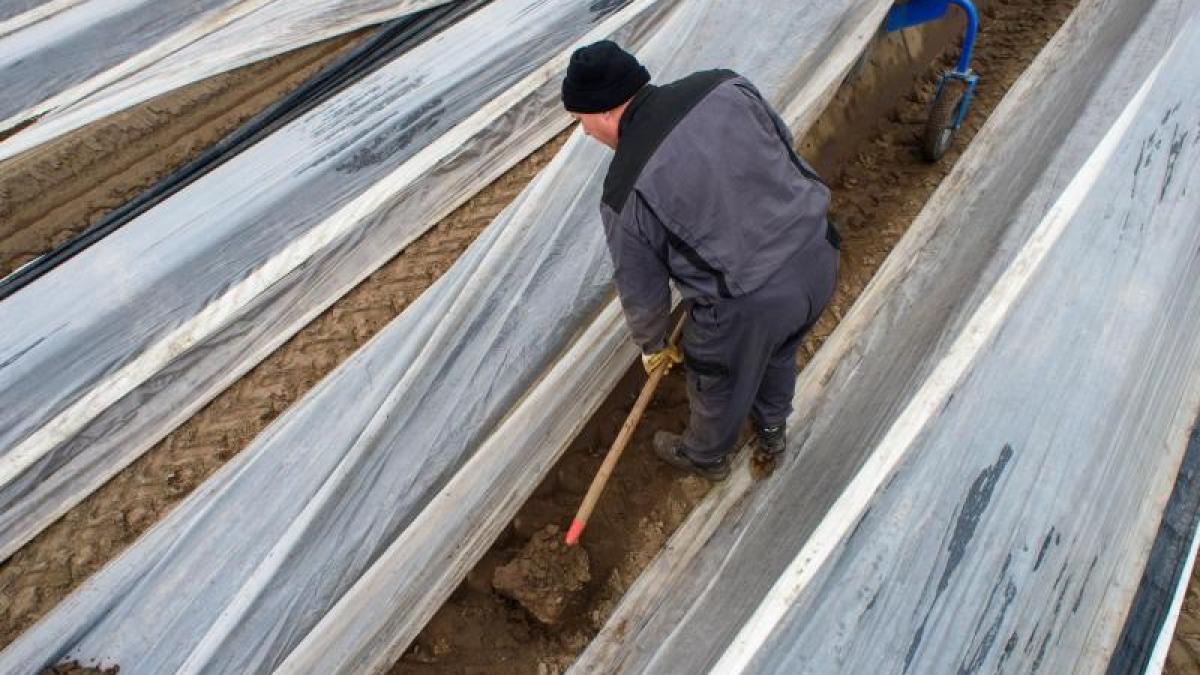 Halle (dpa / sa) - The first asparagus of the year could be harvested in Saxony-Anhalt in just a few weeks.

"If the sun is shining, it should work."

She has already laid the first sheets over some of her 15 hectare asparagus beds.

According to the farmer, the films act like a greenhouse and let the sun in.

This warms the beds and enables an earlier harvest.

The temperature differences of the past weeks would not have harmed the asparagus, said Kalkofen.

"The asparagus is absolutely frost-resistant and hibernates best when it's nice and cold."

The cold spells only reach the plant in the soil in a milder form.

What is more harmful to vegetables are spring-like temperatures and constant temperature changes in winter.

Looking ahead to the coming weeks, we hope for sunny days, said Jürgen Schulze, managing director of the Association of East German Asparagus and Soft Fruit Growers (Vosba).

"We have very good prerequisites at the moment."

A lot of sunshine has been announced in parts of East Germany in the coming days, which will accelerate the growth of the vegetables.

With the harvest, the question of who can help the farmers come to the fore.

Looking at the past year, the asparagus farmer Kalkofen said: "It was horror."

It was difficult to get people for the harvest at all, as corona-related entry from other countries was prohibited.

So no Romanians were allowed to enter, who normally formed a large part of their harvest workers, said Kalkofen.

You hope for halfway normal conditions this year.

They need 20 harvest workers - mostly men from Poland and Romania - until the end of the asparagus season in midsummer.

People from Poland and Romania can currently travel to Germany.

However, the entry regulations prescribe corona tests and a quarantine for helpers from risk areas.

Vosba managing director Schulze did not want to answer whether the arrival of harvest workers was already secured in all farms.

Most of this was done by the companies themselves.

However, the farms are bound to "high hygiene standards", announced the association boss.

We have masks, ”Schulze continued.

However, wearing a mask during harvest is usually not intended.