After a stabbing attack that injured eight people, including five seriously, Wednesday in southern Sweden, the police said in the evening to work on "possible motivations ... 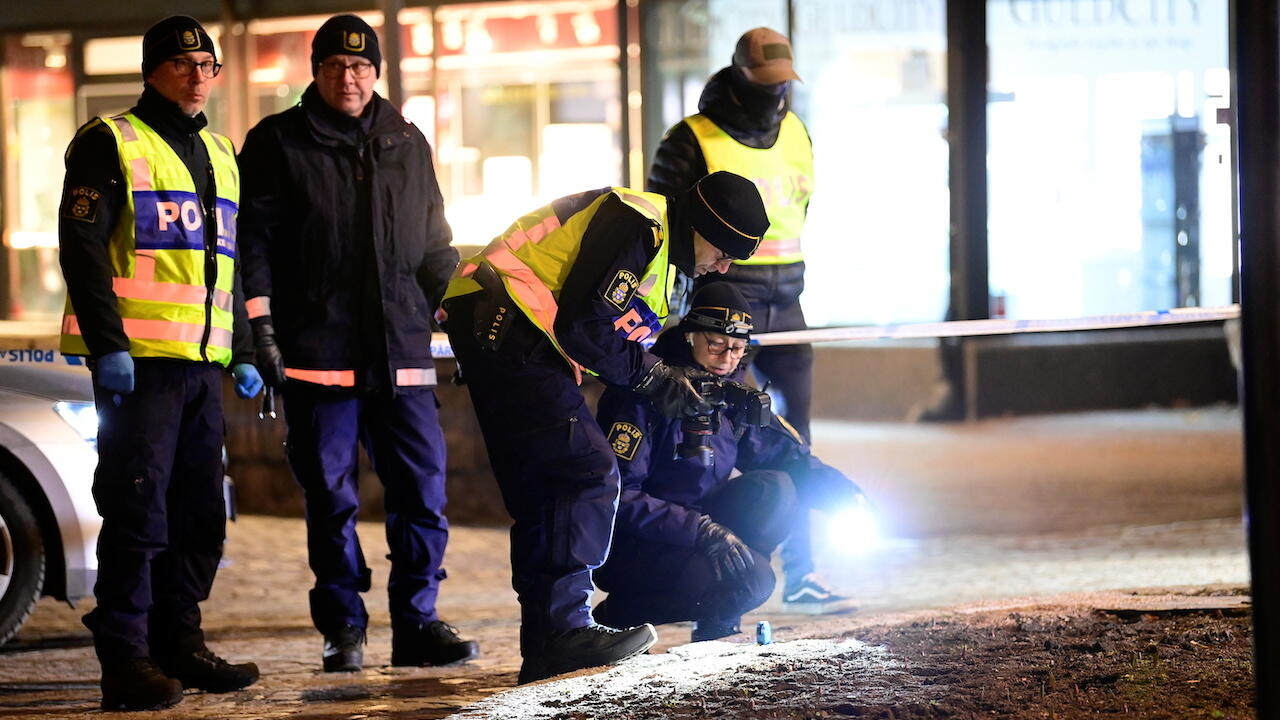 Eight people were injured, including five seriously, in a stabbing attack on Wednesday March 3 in southern Sweden.

This attack is considered possibly "terrorist", announced the Swedish authorities.

The alleged assailant, a man in his twenties, was wounded in the leg by police gunfire during his arrest in the afternoon in Vetlanda, a small town in the south of the country.

Three of the injured suffer from life-threatening injuries and two from serious injuries, according to a report provided at the end of the evening by the hospital where the victims are treated in Jönköping, the capital of the region.

The other three injured suffered minor to moderate injuries.

The police had initially ruled out the terrorist trail but had finally indicated that they suspected a possible "terrorist crime", in addition to the attempted murders.

"There are details of the investigation that make us work on possible terrorist motivations. But I cannot specify what it is," said Malena Grann, police chief of the Jönköping region.

The suspect, who was hospitalized to treat his injuries, was in no condition to be heard.

Known to the police for minor offenses, he lived in the region, according to the authorities, who did not give his nationality.

He carried out the attack with "a sharp weapon", according to the police.

"I condemn this terrible act. We face these heinous acts with the collective strength of society," Swedish Prime Minister Stefan Löfven responded.

The police services "constantly assess the need for reasons for taking security measures and we are ready to do so if necessary," the Social Democratic leader said on social networks.

Police and Swedish intelligence, Säpo, are collaborating in this case but the police are keeping control for the moment.

In Vetlanda, a small provincial town with no history of 12,000 inhabitants, about 80 kilometers from the city of Jönköping, the alarm was sounded around 3 p.m.

The attack took place at five locations a few hundred meters apart in the center of the small town, police said.

Swedish television SVT broadcast images of a witness showing the arrest with the injured suspect on the ground, in an ordinary residential area.

In Sweden, the intelligence services consider the terrorist threat to be high and adjustments have been made regularly, especially after attacks on European soil.

The Scandinavian country has been targeted twice by terrorist attacks in recent years.

In the latest one, in 2017, a failed Uzbek asylum seeker mowed down several pedestrians in Stockholm with a stolen truck, killing five people.

He was sentenced to life in prison in June 2018 for terrorism.

In December 2010, a man carried out a suicide bomb attack in central Stockholm, but was only slightly injured.