Not even half a year after going public, Siemens Energy rises to the Dax. This is of no use to the share on Thursday, but ex-Siemens boss Joe Kaeser is already dreaming of three Siemens companies in the Bundesliga. 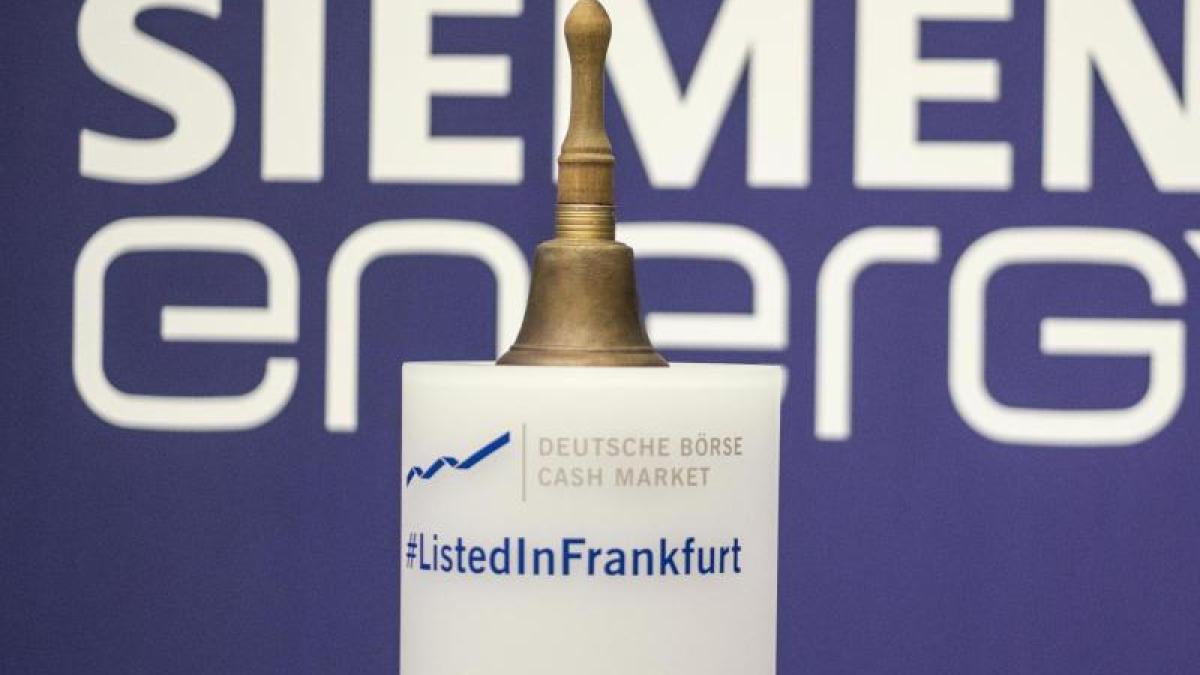 Munich (dpa) - Siemens Energy made the leap into the top German stock exchange league straight away.

On March 22nd, the share rises to the Dax, but the decision of the stock exchange announced on Thursday night was initially of no use to the paper.

In the morning, Siemens Energy was in the red with almost 30 euros per share in Xetra trading.

Since the IPO at the end of September, however, the share has already seen a massive increase.

Index changes are particularly important for funds that replicate them.

There must then be reallocated and reweighted accordingly, which can have an impact on the share price.

"The fact that we are included in the DAX so soon after the IPO is a great recognition for our company," said Energy boss Christian Bruch.

Chairman of the supervisory board Joe Kaeser, who had put Energy on its own as Siemens boss, was also delighted on Twitter.

He is already hoping for a third Siemens in the leading index: There is no reason why Siemens Healthineers could not be next, he wrote.

Siemens Energy was floated on the stock exchange by Siemens at the end of September.

The company with a good 90,000 employees serves the energy market with a broad portfolio of turbines for coal and gas power plants, line technology and wind power with its subsidiary Siemens Gamesa.

The transformation of the energy market, however, poses major challenges for Energy, because business is falling apart in the medium and long term, particularly in the field of conventional energies.

At the beginning of February, the company announced that it would cut 7,800 jobs, around 3,000 of them in Germany.