Older children should go back to school

They have been sitting at home in front of their tablets and laptops for weeks - after a quarter of a year, more and more students should soon start teaching again at school. 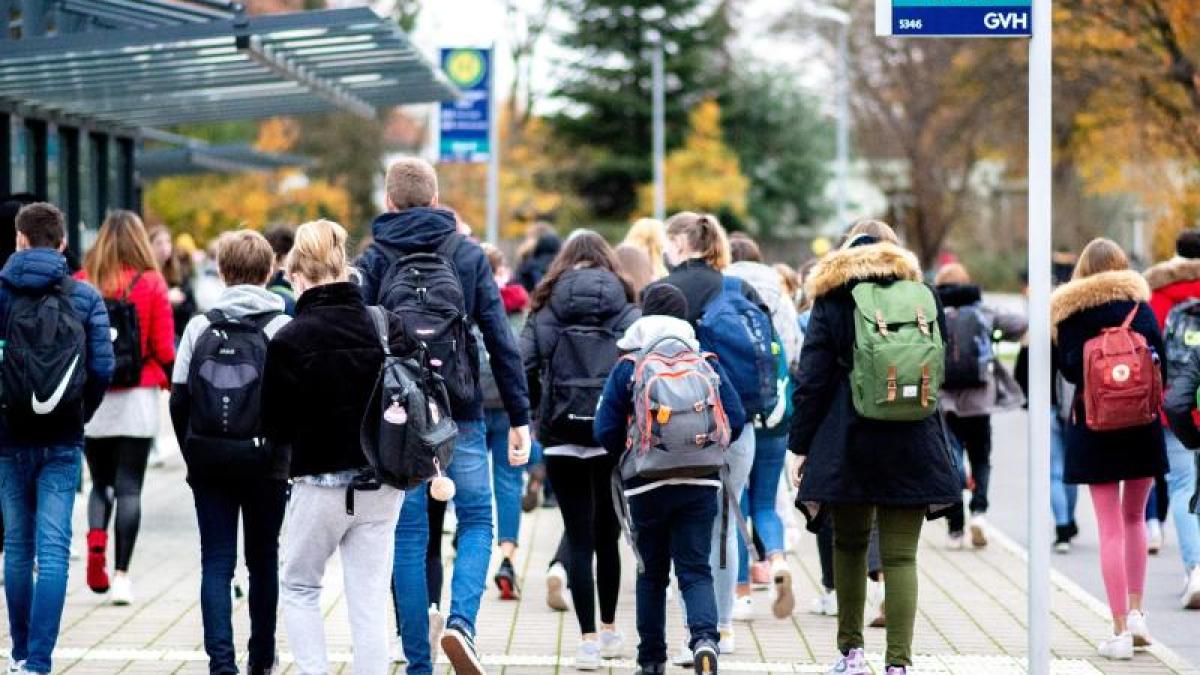 Berlin (dpa) - After around three months of forced Corona break, many secondary schools in Germany are to reopen from March 15.

Corresponding steps are planned in Bavaria and Brandenburg.

Openings are also to be initiated in Baden-Württemberg.

This was announced on Thursday by the state governments.

The federal states do not want to proceed uniformly with the planned further school openings after the elementary schools.

In their deliberations on Thursday night, the federal and state governments had determined that the states could take steps on their own responsibility.

In Bavaria, all secondary schools are allowed to open with alternating lessons from March 15 if they are below 100 in regions with a 7-day incidence.

This was announced by Prime Minister Markus Söder (CSU).

This means that two weeks before the Easter break in large parts of Bavaria, all pupils can go back to school, at least temporarily and in smaller groups.

Around 90 percent of students should see the inside of the school again before the holidays.

In Brandenburg, after the primary schools, the secondary schools are to open again from March 15.

This was announced by Prime Minister Dietmar Woidke (SPD) in the state parliament.

The step should be accompanied with more rapid tests in schools, as well as in daycare centers, said Woidke.

The state's primary schools have been teaching alternating classes since February 22nd.

Baden-Württemberg will also take the next step in opening schools on March 15, as Prime Minister Winfried Kretschmann (Greens) told the SWR.

«The week after next we will take further steps to open the elementary schools.

But further opening steps have also been initiated for the fifth and sixth graders.

That will be such a restricted regular operation. "

In Saxony-Anhalt, school operations remain restricted in most of the districts.

At the schools in the district of Mansfeld-Südharz, on the other hand, there will be daily face-to-face lessons with full class sizes for everyone from Monday.

Federal Education Minister Anja Karliczek (CDU) said: "The classroom teaching should gradually be expanded over all years with care and caution, taking into account the current infection rate."

She told the editorial network Germany (RND) that there was a need for alternating lessons with only half a class in each school and distance rules.

According to the federal-state resolution, the states should ensure tests: The staff in the schools and all pupils should be offered at least one free quick test per week of attendance.

During these tests, cotton swabs are inserted deep into the throat and nose by trained personnel.

In a study on corona outbreaks in schools, the Robert Koch Institute (RKI) found that half of the outbreaks in the examined period were limited to the respective year or class.

The risk of being involved in an outbreak was lowest among children up to ten.

The risk of illness is also probably higher for those affected from secondary schools - at least according to a study cited by the RKI - than for schools with younger ones.

According to the RKI survey, risks for outbreaks are predominantly posed by teachers.

These are the suspected primary case in around half of the outbreaks in six to ten year olds.

Karliczek wants to take care of pupils who have fallen behind in learning because of the school lockdown.

First of all, it must be determined how big the problem is.

"Then we can take action with the KMK."

The KMK is the cultural ministers' conference of the federal states, i.e. the advisory round of the ministers responsible for education.

Karliczek had already told the "Rheinische Post" (Wednesday) that an action plan against learning backlogs was necessary.

In the Bundestag, Karliczek admitted that the pandemic had "mercilessly" exposed the weaknesses of the education system.

But after school digitization, which has been criticized as slow in recent years, the money from the digital pact is now arriving in schools.

"There is a spirit of optimism everywhere."

Laptops for students and teachers as well as IT administrators would be funded by the federal government.

In addition to many schoolchildren, the pandemic is also demanding a lot from teachers, university teachers and trainers.