Minister of the Interior Mikael Damberg on the act in Vetlanda

The act in Vetlanda is classified as attempted murder, but the police are investigating possible terrorist motives. - It is obvious that you look at whether there are terrorist motives behind it, you have to get to the bottom of it, says Minister of the Interior Mikael Damberg (S) in Morgonstudion. 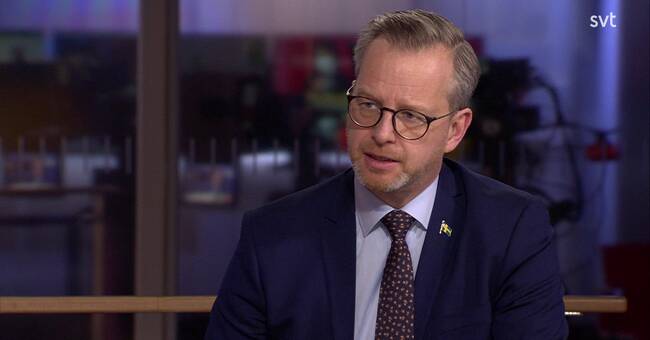 On Thursday morning, Minister of the Interior Mikael Damberg (S) commented on the act in Vetlanda.

- I get pissed, the thoughts go to the relatives and those who are injured.

We hope that these people come home safe again, he says.

What do you know about the possible terrorist motive that the police are investigating?

- The government receives continuous updates from the police and the security police, but it is the authorities who communicate what they want to go out with and how far they have come in the investigation work.

But I do not think it is at all strange that the police investigate both attempted murders and in cases where there are possible terrorist links.

It is perfectly reasonable to go to the bottom of it, but it is the police who lead the investigation.

Tributes to the police and medical staff

It was around 3 pm on Wednesday that the police were alerted to Bangårdsgatan in Vetlanda after several people had been attacked by a man with an ax.

What kind of object it was about is still unclear.

- I feel a sense of pride over those who work in healthcare and over the police who are on site in three minutes and manage to arrest and take care of this perpetrator.

Today, there will be a lot of police in Vetlanda to increase security and find out what has happened.