An open-minded proposal from an expert: Finland should buy vaccines from China - “It's about politics”

Vaccination expert Timo Vesikari would look away to the far east. In Finland and the EU, the problems of the availability of coronary vaccines have been raging throughout the first half of the year. Only less than ten percent of adults in Finland have been vaccinated. Deliveries to Europe have been delayed and the authorities have postponed their assessments of vaccination schedules and the opening up of society. Finland has few national means to obtain vaccin 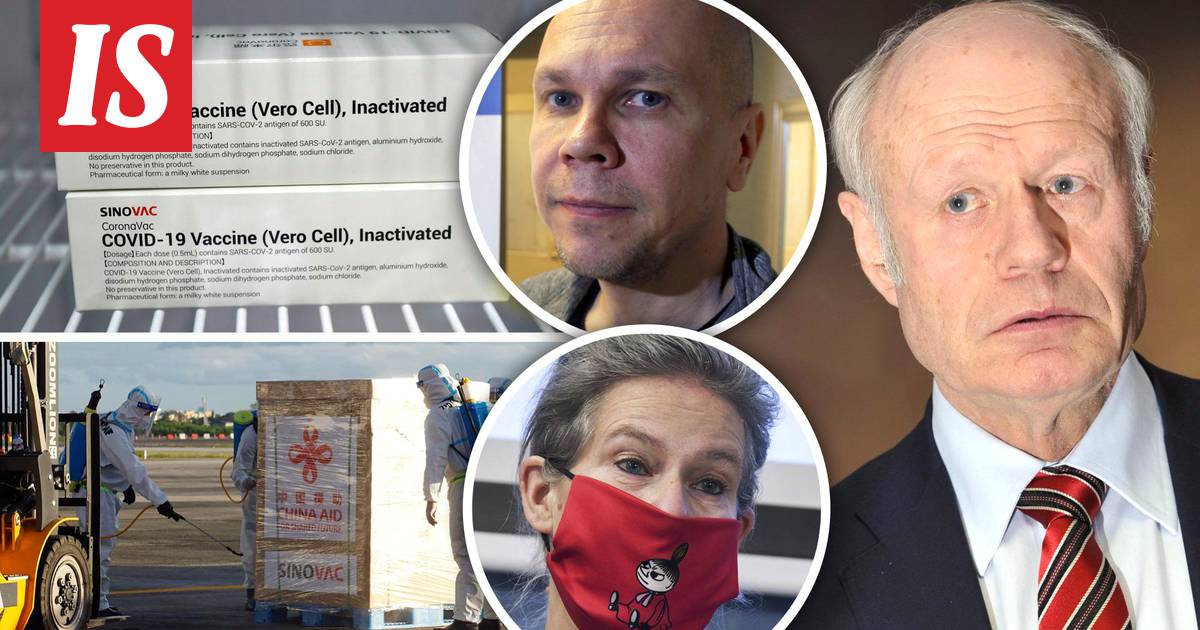 In Finland and the EU, the problems of the availability of coronary vaccines have been raging throughout the first half of the year.

Only less than ten percent of adults in Finland have been vaccinated.

Deliveries to Europe have been delayed and the authorities have postponed their assessments of vaccination schedules and the opening up of society.

Finland is bound by the EU's procurement mechanism: bilateral agreements may not be concluded for vaccinations for which the EU has already concluded an agreement.

However, Finland would have the opportunity to quickly turn the vaccination situation to its advantage.

This is the belief of Timo Vesikari, a former director of the Vaccination Research Center.

He says that Finland could buy a vaccine that the EU is not procuring.

Such vaccines include the Russian Sputnik V and, for example, the Chinese Sinovac.

According to Vesikari, both vaccines could well be given to Finns and they would protect against corona.

According to him, it is first and foremost a matter of politics.

- Russia is too politically sensitive for Finland.

No Finnish political leadership should make the decision to secede from the EU front and buy Sputnik from Russia during sanctions policy.

- Instead, China could be politically easier for the EU and Finland.

Vesikari's fierce idea is that Finland would start exploring the possibility of ordering Sinovac from China.

According to his assessment, it could be obtained quickly and sufficiently for all adult Finns.

Finland would therefore procure the Chinese vaccine directly past the EU, and Fimea would approve the vaccine for the Finnish market past the European Medicines Agency (EMA).

- China would seem more of a commercial and less political option, although of course China uses vaccine supplies as a soft policy tool.

According to the vaccination expert, Finland would have a good chance - even in weeks - to get a sufficient amount of vaccines quickly from China, as a western trading partner would look attractive in the eyes of China.

- In addition, China has vaccinated its citizens moderately, as the coronary situation there has remained so good, Vesikari points to the possibility of getting a vaccine from China.

Vesikari says Sinovac is an effective vaccine for corona.

Studies of the vaccine in different countries have yielded a wide range of results on its effectiveness.

The latest study in Turkey, according to the country's authorities, gave an efficiency of 83.5 percent.

According to the Turkish authorities, the vaccine did not cause any significant side effects.

Vesikari says the vaccine's technology is the same as for flu vaccines: the viruses are inactivated and injected into the body with a booster.

- There is currently no reliable information on how well Sinovac is effective against viral variants.

Mika Rämet, the current director of the Vaccine Research Center, also states that Sinovac is a functional vaccine and has a good protective effect against symptomatic disease.

Rämet believes that the Chinese vaccine will become a significant part of the global corona control.

However, he estimates that Sinovac would not end up in Finland's vaccine range.

- As the vaccine is not yet in the EMA approval process, it will not reach the market quickly enough.

According to Rämet, the problem of vaccine availability is slowly easing as manufacturers of EMA-approved vaccines are allowed to increase production in the near future and when the Agency is likely to approve new vaccines soon.

Rämet's message is that by the time Sinovac is approved in the EU, there will already be enough vaccines available to member countries, so there will be no more acute need for a Chinese vaccine.

Nohynek: Finland has a free hand to act

THL's chief physician Hanna Nohynek says that Finland could acquire Sinovac bypassing the procurement mechanism if Fimea granted a marketing authorization and use of the vaccine in Finland.

- At least in theory it would be possible.

- Health and related decisions are a matter for each country.

The EU mechanism only applies to vaccines that the EU has negotiated on behalf of member states.

For all other vaccines, Finland has a free hand to act as it sees fit.

Sallinen says that according to Fimea's legal interpretation, it is not even possible to apply for a vaccine authorization nationally when several coronary vaccines already have a marketing authorization.

- This is the assessment of our best experts.

If vaccines are to be procured nationally, this would require action by legislators.

Sallinen also wonders whether Fimea will have enough hands or expertise if the evaluation of the vaccine's use or marketing authorization comes to its account.

- Yes, that process would take a long time.

That is why we have the resources of EMA at our disposal so that all member countries can focus their expertise there and get decisions from there effectively.

Fimea does not know how long the national vaccine approval process would take.