The AfD is classified as a suspected right-wing extremist case. The head of the Forsa opinion research institute, Manfred Güllner, does not expect any major loss of votes. The core of the AfD voters consists of hardened right-wing radicals 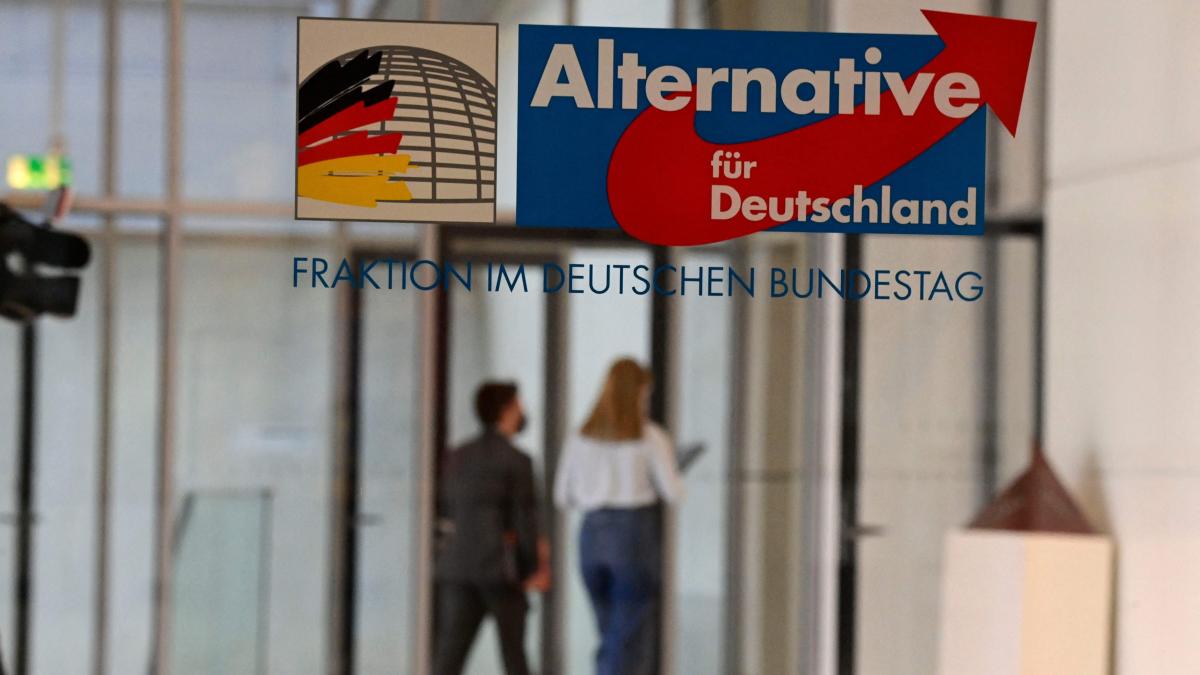 The classification of the entire AfD as a suspected right-wing extremist case by the Federal Office for the Protection of the Constitution will not result in any major loss of votes for the party, according to Forsa boss Manfred Güllner.

"I do not believe that the decision by the Office for the Protection of the Constitution will significantly decimate the number of AfD voters," said Güllner of the "Neue Osnabrücker Zeitung".

The core of the AfD voters consists of hardened right-wing extremists.

"These are the ones who used to vote for the NPD or DVU," Güllner told the newspaper.

The second large group of voters come from the area of ​​non-voters.

"They haven't voted for a long time because they reject the whole political system," said the pollster.

These large groups would remain loyal to the bar and would not be impressed by the decision of the protection of the constitution.

Other voters have already migrated, so that the bottom line is that the AfD's potential is stable.

According to the newspaper, the Forsa boss does not believe in a change of course by the AfD, as party leader Jörg Meuthen is aiming for.

Güllner emphasized: "Such a change of course would deprive the AfD of the core of its voters and significantly decimate it."

Not only is the party radical right-wing and völkisch, most of its voters are too.

Always speaking of protest voters does not apply to the matter.

"Most of them are right-wing radicals, dyed in the wool," explained Güllner.

If voters would migrate from the AfD, then most likely in the direction of the FDP, there is a visible movement, said Güllner.

There are partly consistent assessments, for example in the criticism of the corona policy.

The CDU in the Bundestag, meanwhile, calls on all voters and members of the AfD to distance themselves from the party.

“It must be clear to the electorate that they do not have a clean bill of health.

And the members of the AfD should consider whether they still want to be a member, "said the chairman of the parliamentary control committee, Roderich Kiesewetter (CDU), the editorial network Germany (RND / Thursday).

AfD can now be spied on with intelligence means

The domestic policy spokesman for the FDP parliamentary group, Konstantin Kuhle, told the RND that the constitutional protection's decision was logical.

"Anyone who is self-respecting in the AfD makes common cause with right-wing extremists until they become one themselves."

With the new classification, the party can now also be spied on using intelligence means.

The AfD leadership spoke of a political maneuver with the aim of damaging the AfD in the super election year of 2021.

According to surveys nationwide, the AfD, with around 32,000 members, is currently nine to eleven percent in favor of the voters.

The constitutional lawyer Ulrich Battis assumes that the pressure on officials who belong to the AfD will increase.

"Officials have to dress warmer now," he told the RND.

“You have to justify your AfD membership - especially if you are in certain functions.

For example, a teacher who makes propaganda for the AfD could be prosecuted for disciplinary purposes. "Battis added:" You will look particularly carefully when you are hired.

Because applicants for the civil servant relationship are in a weaker position. "