A few thousand professionals from the world of culture demonstrated, notably in Paris and Lyon, to demand the reopening of cultural places, one year after the first closure measures. They are also asking for the extension of the white year until August 2022 for temporary workers at the end of their rights. 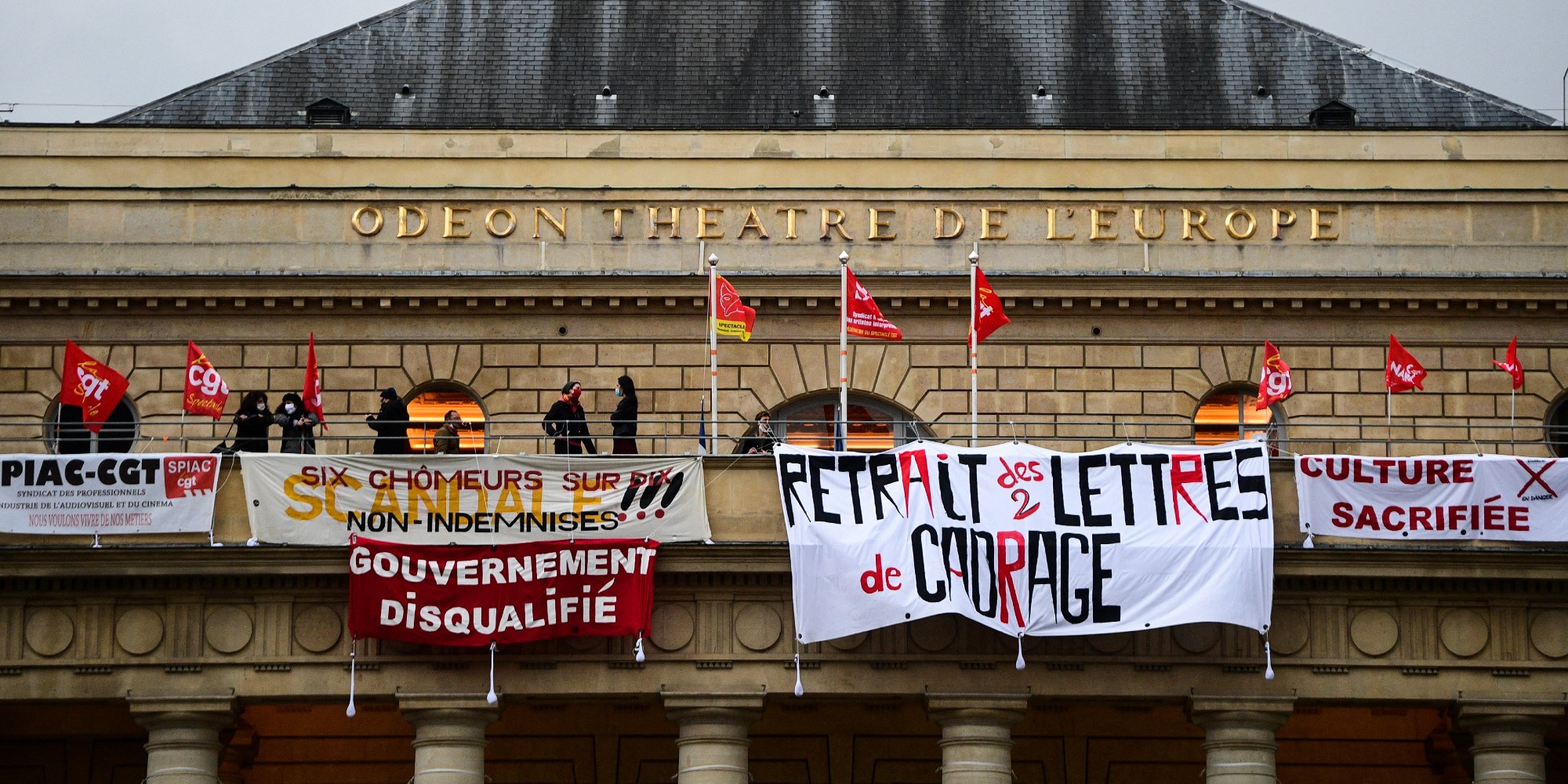 A few thousand professionals from the world of culture demonstrated, notably in Paris and Lyon, to demand the reopening of cultural places, one year after the first closure measures.

They also demand the extension of the white year until August 2022 for intermittents at the end of rights.

Several thousand professionals from the world of culture demonstrated Thursday in France, without attracting crowds, to once again cry out their fed up and demand the reopening of cultural places, a year after the first closure measures.

In Paris, several people entered the Odeon theater at the end of the event to occupy it.

They were still there around 10 p.m. and plan to stay there all night, according to Karine Huet, deputy secretary general of SNAM-CGT, who is one of the "80 or so people who managed to get inside".

Coronavirus: follow the evolution of the situation Thursday March 4

"We've been stuck with us for a year"

"We will not go out before a national council of entertainment professionals is convened with Roselyne Bachelot and Jean Castex," she added.

"It's been a year that we have been stuck with us," regrets Louis-Marie Hippolyte, 34, light manager in the theater, having participated in the rally in Grenoble.

Since the health crisis, he works "5 and 10 hours a month" and lives on the allowance for intermittent entertainment.

"We've been at a standstill for a year", abounds Sabine Grislin, dancer and trapeze artist, in front of the prefecture in Strasbourg.

"Small structures" are not supported enough, believes this artist who says she has the chance to benefit "for a year of paid rehearsals".

"We're dying!", Gets carried away Xavier, a forty-something whose debts are piling up, having demonstrated at the Place de la République in Paris, at the call of the CGT Spectacle.

"Before the coronavirus, I made a good living by chaining long and short contracts in events, but since the cancellation of festivals, I can only fill the fridge and I can no longer pay my rent every month", he despairs, preferring not to give his name.

The government, which closed theaters, museums and other cultural venues at the end of October to fight the Covid-19 epidemic, has not given any reopening date, awaiting the result of several "test concerts" as well as a expertise on the situation of intermittent workers.

In Lyon, where they were several hundred gathered in front of the Tony Garnier hall, Antoine Galvani, of the Snam-CGT, considered that "the promises of Emmanuel Macron are not kept", alerting in particular to the "white year" (granted intermittent), supposed to end "at the end of August" while the cancellations of summer festivals follow one another.

"Consultations with the ministry have been taking place for 3 months and we are still at zero point," he denounced.

The white year, announced in May, corresponds to the extension of compensation rights until August 31, 2021 for intermittents arriving at the end of their rights between March 1, 2020 and August 31, 2021. Culture professionals are demanding its extension until August 2022 and above all, a reopening of cultural venues.