Clinical trials have shown the effectiveness of a drug for diabetes in weight loss, so what is it? The answer is below, with information on a type of fat that may aid in weight loss. 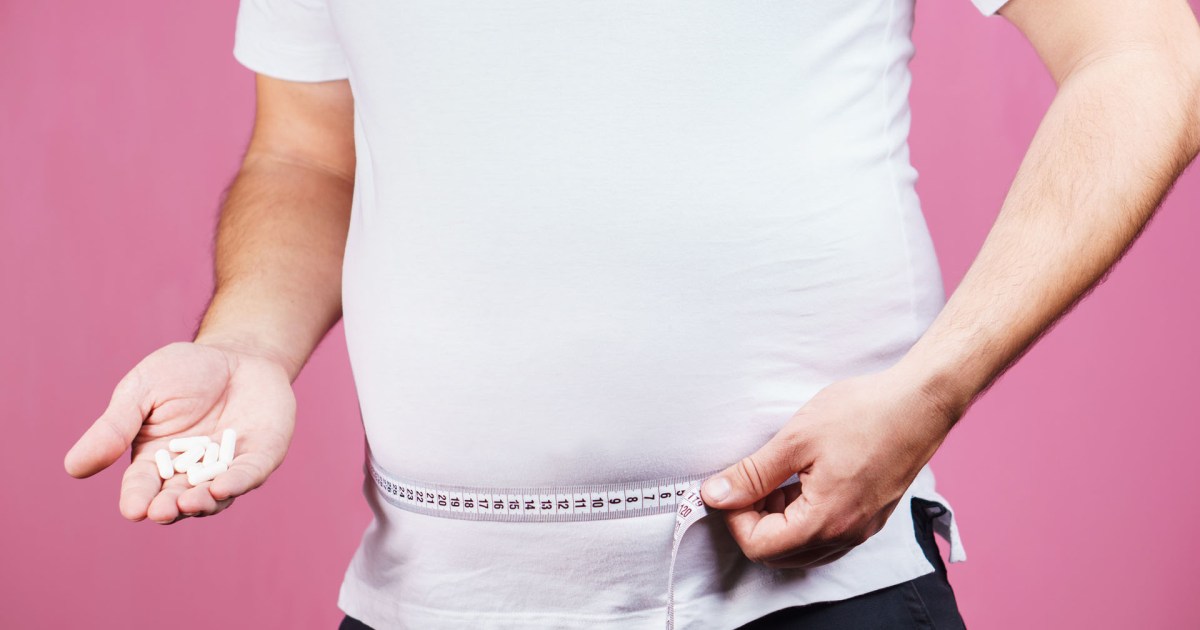 Clinical trials have shown the effectiveness of a drug for diabetes in weight loss, so what is it?

Is there a type of fat that helps reduce weight?

We start with Dr. Scott Buch, director of obesity medicine at the "Institute for Obesity and Metabolism" of the Cleveland Clinic, where he told the German News Agency - prior to the celebration of the World Obesity Day, which corresponds to 4 March of each year - that A recent clinical trial showed the beneficial effect on weight, which the drug "Semaglutide" for treating diabetes can have, describing this effect as "able to radically change the way in which many obese people help lose a significant amount of the weight".

Butch noted that obesity is a complex, highly heritable disease with a strong biological basis, estimating that between 40% and 70% of the variation in the BMI of individuals is due to genetic characteristics, which makes weight loss difficult.

He added, "Treatment plans should be developed according to the nature of each patient and include various methods, such as lifestyle interventions, the use of obesity drugs, and the resort to obesity and metabolic surgeries."

Semaglutide mimics the action of the glucagon-like hormone peptide-1, which increases insulin secretion, and has been marketed as a drug for type 2 diabetes.

The clinical trial - which was conducted on this drug and was called "Step 1" - showed that the majority of obese patients lose at least 10% of their weight, while a third of them succeeded in losing 20%. At least% of the weight.

We point out that this medicine should only be taken according to the doctor’s prescription and after a full evaluation of the person, whether it is suitable for him, does it have complications, and does it have risks to his health.

Obesity is one of the most prevalent diseases in the world, as the United Nations estimates that 800 million people worldwide suffer from this disease, while 40 million other children are overweight.

People are classified as obese if their BMI is higher than 30, and BMI is calculated by taking a person's weight in kilograms and dividing it by the square of his height in meters.

patients ‫‫oaad who are obese are

more likely than others to more than

Less severe cases of obesity can be treated with exercise, eating a healthy diet, or taking certain medications that target pathways linked to weight regulation.

As for people with more severe cases, they may need to undergo bariatric surgeries such as gastric bypass or sleeve gastrectomy, which may help them lose between 20% and 40% of their body weight.

In light of the multiple causes of obesity, research indicates a range of genetic, environmental and psychological factors, and in some cases it may be caused by trauma or brain surgery.

Environmental factors may include a lack of physical activity, lack of sleep, increased stress and eating unhealthy foods.

Some medications can also cause weight gain. In rare cases, patients may have genetic mutations in the hormone leptin, for example, which regulates the body's appetite.

Dr. Butch said that obesity is prevalent in all societies, and it can affect any age group, and spread anywhere in the world, calling for attention to it, especially among children, adding that it is likely that obesity will persist in those who are afflicted with it. From a young age, even when he becomes an adult. "

We move to the German magazine "Freundin", which indicated that the accumulation of fat in the body is a big problem for many, and that many people want to reduce the percentage in their bodies to get a healthy and graceful body.

news agency German- that there is

some sort of fat hidden in the

body may ‫asaad to lose weight, this is

type of fat as the

As brown fat cells burn energy to generate heat in the body when you feel cold, unlike white fat, which stores energy.

fat cells to lose weight, because it has a

positive impact ‫aly metabolism and health, depending on the

function in generating heat ‫mn in

maintain body temperature, and color brown due to

large amounts ‫jadda of mitochondria, the power plants Energy in the cell.

negative effect on the

metabolism ‫algmaia, adding that the

body gets sick, and there is

another problem that the

its functions, either in full ‫oo partial .

‫oimkn activate brown fat by eating warm spices or natural materials such as tea and coffee, and lowering the