The deed in Vetlanda: We know this

On Wednesday, March 3, a man in his 20s attacked with a shelter in central Vetlanda. Several people were injured and the suspect was shot by the police. The incident is classified as attempted murder, but the police are investigating possible terrorist motives. 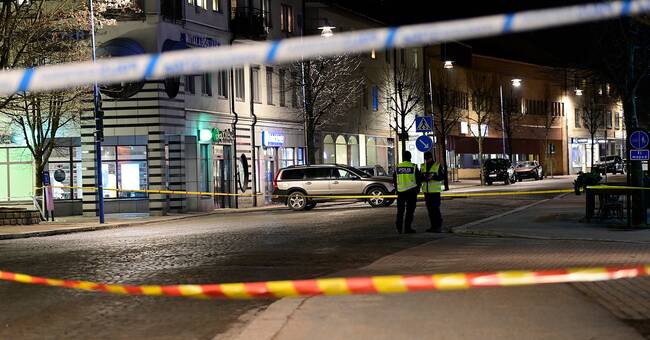 • At around 3 pm on Wednesday, the police were alerted to Bangårdsgatan in Vetlanda after several people were attacked by a man with an ax.

What kind of object it was about is still unclear.

• Eight people were taken to hospital after the incident.

Several of them must have been seriously injured.

• At the arrest of the suspected perpetrator, who is in his 20s, a police officer fired his service weapon.

The suspect was shot and taken to hospital.

He must still have been alive.

• 16.45: The police announce on their website that the case was classified as attempted murder.

• 18.47: The police update the post with the message that the case has been reclassified as a suspected terrorist crime.

• At a press conference at 20.00, it emerged that the man is already known to the police for minor crimes.

There is no indication that there are more perpetrators involved.

Säpo is cooperating with the Police in the case.

• During the press conference, the police announced that the suspect should not have been life-threateningly injured.

• 20.43: The police publish a "clarification" on their website and write: "The police have initiated a preliminary investigation into attempted murder.

There are details in the investigation that mean that the police are also investigating possible terrorist motives. "