Susanne Hennig-Wellsow: In truth, the CDU looks in the mirror - and sees an exhausted people's party

Left leader Susanne Hennig-Wellsow accuses her conservative critics of serving only old resentments with their allegations. In truth, left-wing ideas are on the rise, writes the politician in a guest post. 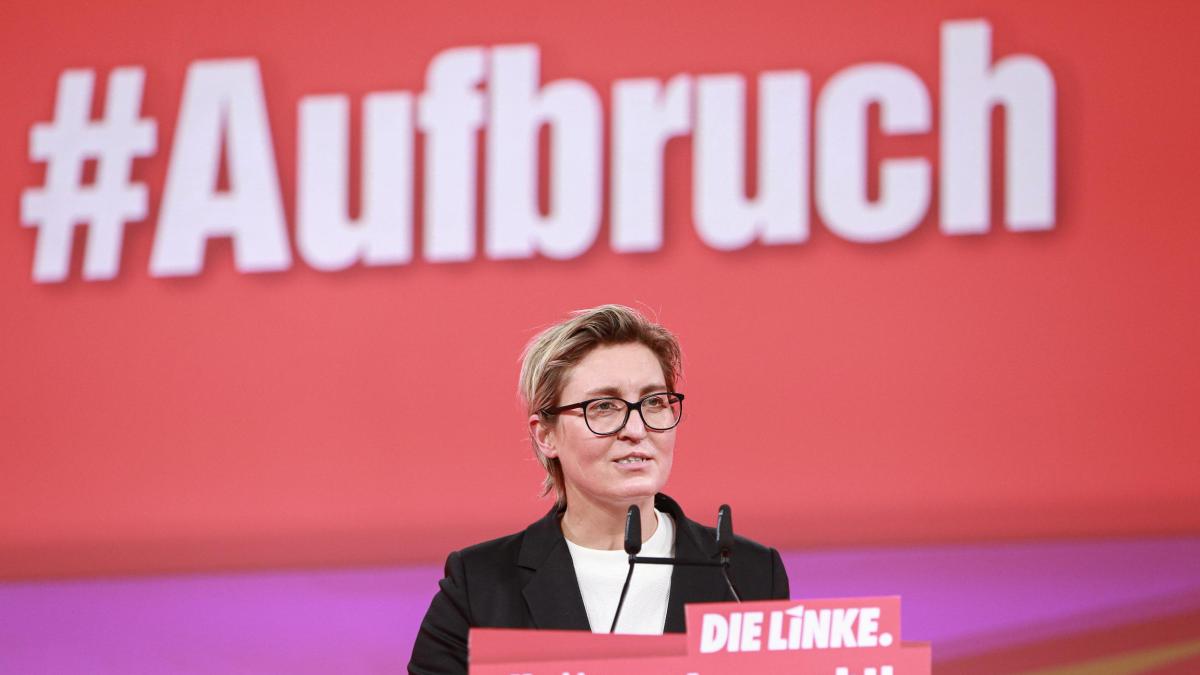 The conservative critics of the left have a lot to show for better or for worse.

There is an alert conservatism that meets all world-improving and visionary plans for society with a healthy dose of skepticism, distrusts an excessive imagination of government regulations and reminds us of the freedom and responsibility of the individual.

There are conservatives who see love of their homeland as a final anchor of hope in the roaring sea of ​​globalization - without, and it should be emphasized here that their view of the world is mixed with the mangy hatred of the new ultra-right.

Where these critics of the left argue at the height of the times, their confrontation with us can be intellectual fuel - an invitation to reflection, to think further, to sharpen one's own politics.

But where have all these critics gone?

Most of them no longer play along in the tough field of real politics.

Instead, they have withdrawn into the cold house of old phrases, where they rather listlessly front against progressive change.

There are few inquiries and even less productive arguments about the better way, instead affects should be aroused and resentments served, so that what has long been the case may not be: left-wing ideas are booming - not least because the proverbial market doesn't have everything regulates.

I can't help it, but a lot of the noisy and shrill warnings about us now only seem like political noises from yesterday that has no future.

Merkel is not valued for visions

After a decade and a half as CDU chancellor, an era of lack of vision, of getting through somehow, of directionless politics ends.

Angela Merkel was not valued because she credibly represented a great idea for the future.

The polls on the Chancellor expressed something completely different: the concern that it would get worse with someone else from the Union.

That time is now imminent.

Markus Söder, Armin Laschet or even the one who stumbled again from the Sauerland - these men do not even appear to the conservative critics of the left as the radiant embodiment of a better morning. How then?

Over the past 15 years, the CDU has had the opportunity to show what kind of country it wants and who benefits from its policies.

So people know what it's about.

You have found out for yourself that the Federal Republic lives far below its means.

Many find it upset that, despite great private wealth, it is not only school roofs that are leaking.

In the villages there is frustration at the unconsequential digital peaks and the dismantling of services of general interest.

Today, parents listen very carefully to their children when they talk about the climate crisis and their concerns about the future after a “Fridays for Future” campaign.

They are tired of letting the necessity of socially sustainable change be reviled as a debate about envy or a discussion of prohibitions.

The old slogans about the performance that supposedly counts today sound hollow in the ears of the many who hold the store together in pandemic times and are fobbed off with low wages.

Billions to rescue corporations, but only one-off mockery of those who can least afford the Corona crisis.

Returns flow while the community finances short-time working in these companies.

And people at the external borders of Europe have to suffer terribly because “Christian” Union ministers deny them the last bit of humanity.

More and more people are tired of this uncomfortable mixture of self-righteousness, slowness and arrogance, which is so often found in Berlin's political bubble.

Perhaps many do not yet know exactly how to change it, but in any case they no longer want to go along with it.

And one will not talk them out of it with scare tactics from the past.

Anyone who knows what climate research has long been pushing for can only laugh at the accusation that a demand is too radical.

Anyone who knows the social conditions will not find them more beautiful because someone shouts “Be careful, leftists!”.

If you look at the world with open eyes and your heart in the right place, you see and feel the pain and powerlessness every day that injustice triggers.

No matter who it concerns.

Regardless of whether it is about education, care, health care, good work, the need of the refugees, democracy, co-determination, individual life models, livable communities, clean mobility.

Many would like challenges to be tackled and not moderated away.

It is simply about social foundations for a secure future.

That can no longer be expected from the Union.

She begins again to conjure up the bogus of a “left threat” and is helplessly trying to capture “the middle” for herself.

In truth, it is not about us on the left.

In truth, the CDU looks here in the mirror - and sees a long-exhausted people's party.

A party that controls the rules of power, but no longer has any ideas about what it actually wants to govern for.

The world of today is just different from that of the faded Bonn Republic, which Armin Laschet embodies like no other person as the new beginning of the CDU.

It is fitting that there will be fewer women than seldom in the past few decades who will shape the coming federal election campaign.

This includes the fact that East Germany is more than just a neglected West, but a region with perspective, democratic stubbornness and a future.

More than 30 years after German reunification, many in this country, the people with their hopes, desires and needs, are no longer impressed by the political dinosaurs of the past.

They look for their majorities themselves - and that's a good thing.

Susanne Hennig-Wellsow is federal chairwoman of the party Die Linke.