Before the federal and state consultations, the virologist Christian Drosten showed understanding for requests for relaxation. At the same time, he urged caution: the British mutant continues to spread. A different strategy is needed when vaccinating. 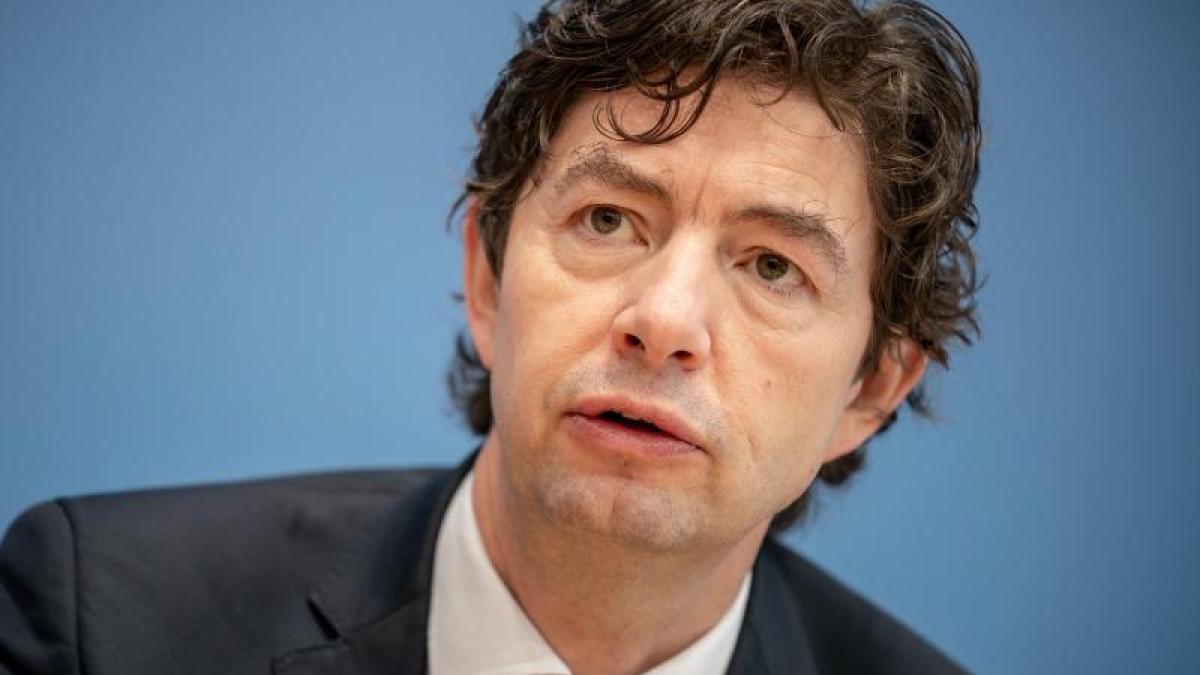 The virologist Christian Drosten warned before the deliberations of the Prime Minister's Conference with Chancellor Angela Merkel (CDU) of increasing numbers of infections if the corona measures were relaxed.

Drosten said on Tuesday in the NDR podcast "The Coronavirus Update" that it was justified to withdraw measures for social and economic reasons.

“You just have to say what's going to happen in a neutral way.

It will happen that the incidence will rise again. "

The chief virologist of the Berlin Charité referred to models of the intensive medical specialist society Divi, which had called for an extension of the lockdown until at least April 1, since otherwise a third corona wave that is difficult to control is threatening.

He thinks the assumptions used for the calculations are "very realistic," he said.

The virologist does not expect much help from the warmer season in coping with the pandemic.

He referred to a study according to which a maximum reduction of 20 percent can be expected.

There is no reason to assume "that we can expect a seasonal effect here that is the same as with the normal cold coronaviruses".

Statements to the contrary in the public are scientifically not tenable.

The current situation is also not comparable with the spring of last year, emphasized Drosten: The number of cases was lower at the time, and the virus was not yet widespread.

In the meantime, the pathogen has also arrived in parts of society that are difficult to reach, where there is little insight into the measures or where these messages do not even arrive.

"We have to factor in all of these things and be careful not to run naively into a situation that later falls on the economy’s feet."

In addition, the more contagious mutant B.1.1.7, discovered in Great Britain, continues to spread.

Drostens estimates that their share of infections in Germany has now risen to around half.

The measures there are stricter compared to Germany.

In order to make faster progress with vaccination, Drosten pleaded for more pragmatism.

There are tried and tested structures with family and company doctors that should also be used.

These doctors also know who should be given the preferred vaccination.

Drosten referred to the procedure in other countries: In the USA, the storage of the vaccine from Biontech / Pfizer is now already approved for minus 20 degrees, while in Europe it is still minus 80 degrees.

"This opens up much better access to the fact that Biontech can be inoculated in general practitioners' practices," says Drosten about the regulations in the USA.

In addition, the Biontech vaccine should soon begin to be inoculated with the largest possible interval between the first and second dose, demanded Drosten.

He referred to Great Britain, where the policy had been to vaccinate "as many people as possible, as quickly as possible".

In addition, those responsible would have disregarded the official approval for the Biontech vaccine and extended the time between the first and second dose of the vaccine.

Drosten described his impression of a very perfectionist planning on questions "how to make appointments down to the smallest link and well into the summer".

But not everything has to go perfectly: It is important to administer the large amounts of vaccine that can be expected soon as quickly as possible in order to build up population immunity.

The federal and state governments want to discuss how to proceed in the corona crisis this Wednesday.

Politicians are under considerable pressure - both from opponents and from supporters of a speedy lockdown end.

On Tuesday there were signs of further opening steps, but depending on the regional infection rate and with an "emergency brake" if certain values ​​rise.

This emerged from a preliminary draft resolution for the Bund-Länder-Round.